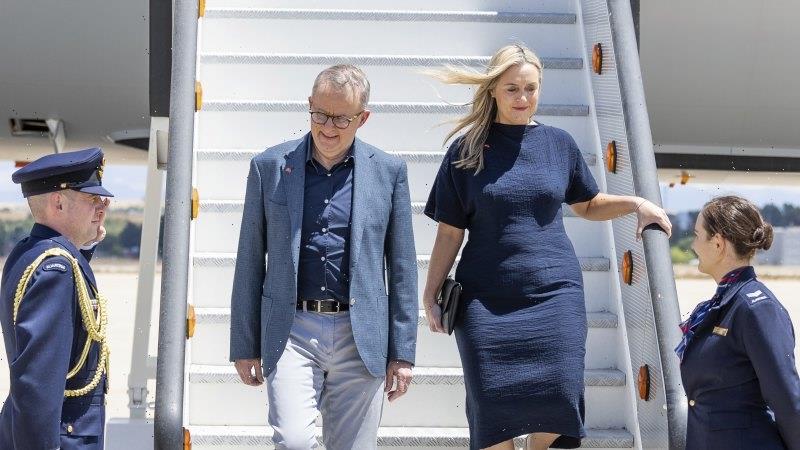 She is accompanying the prime minister on his trip this week to Madrid for the NATO leaders’ summit and Paris to meet with French President Emmanuel Macron. 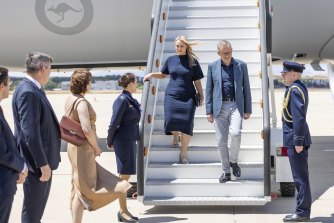 En route to Europe, Albanese and Haydon spoke to Australian troops at Camp Baird in Dubai and laid a wreath at the memorial there.

It is expected Haydon will also attend the gala dinner hosted by Spain’s King Felipe and Queen Letizia for leaders at the meeting of the NATO military alliance and their partners.

The prime minister’s office would not comment on Haydon’s official program during the trip or whether she would receive police protection in Australia, as was granted to previous prime ministerial partners.

Haydon, who works in the superannuation industry, appeared with Albanese at points during the election campaign but generally shied away from media questions. She has said she intends to stay away from political commentary.

The role of prime ministerial partner has no formal expectations in Australia, unlike the first lady in the United States.

Previous partners have approached it differently, with some happy stepping into the limelight where appropriate and others keeping low profiles.

Scott Morrison’s wife, Jenny, was a close confidante during his time in the top job but did not take on much of a public role. In March, she gave solo interviews to promote the government’s new funding for endometriosis research and treatment, and at times in the lead-up to the May election she campaigned with candidates separately from her husband.

In contrast, Malcolm Turnbull’s wife, Lucy Turnbull, and Kevin Rudd’s wife, Therese Rein, had public profiles in their own right and continued their work while their husbands occupied the prime ministerial suite. 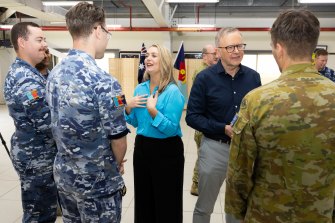 The last unmarried prime minister was Julia Gillard. Her partner at the time, Tim Mathieson, was a men’s health ambassador for the government, a patron of Men’s Sheds Australia and was involved in kidney health and diabetes charities.