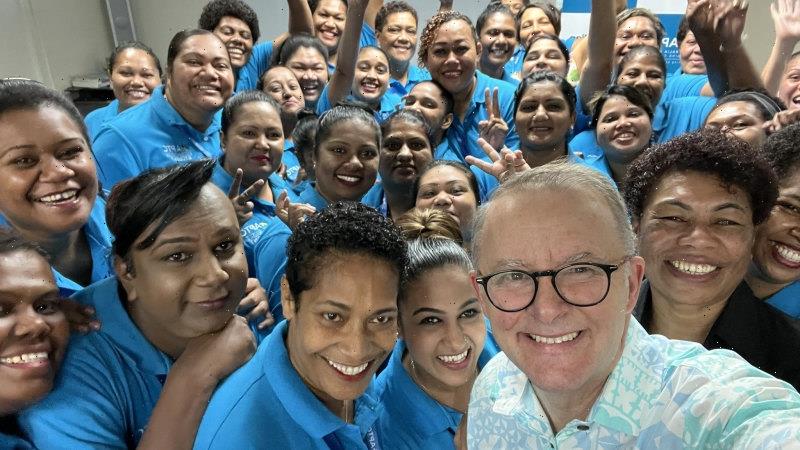 Healthcare providers and aged care homes will receive another $1.4 billion to deal with the pandemic in a rapid injection of new federal funding to pay for workers, test kits, protective equipment and medicines.

Aged care facilities will receive the bulk of the money after the federal government decided there were insufficient funds for the help promised before the May 21 election, which raised concerns the assistance would stop on September 30. 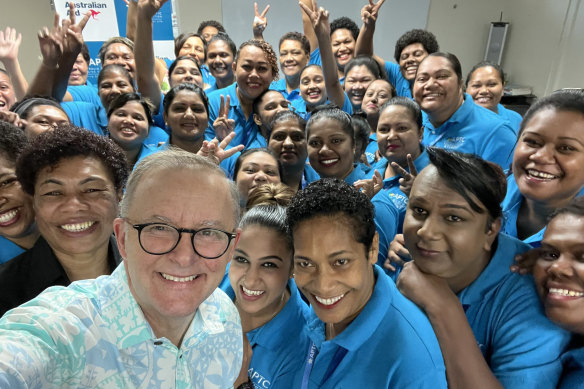 Anthony Albanese in Suva with Fijian workers, who he said were gaining a TAFE qualification to work in nursing homes in regional Queensland.Credit:Twitter

With average COVID-19 infections still running at more than 7000 each day, the new health spending comes days after Prime Minister Anthony Albanese extended paid pandemic leave for workers who are forced to isolate, acknowledging the payments would have to continue for as long as mandatory isolation is imposed.

Health Minister Mark Butler will confirm the $1.4 billion outlay on Monday with a promise the support will continue until December 31.

The biggest single outlay will be $840 million in additional funding for the Aged Care Support Program, which was promised more funding by the then Coalition government in March with a $1.2 billion announcement.

Under that announcement, programs were to be funded until December 31, but the new government has concluded that more cash will be needed for aged care operators to pay for services and equipment, adding to the spending to be confirmed in the October 25 budget.

The $840 million will help aged care operators cover workforce costs as well as the cost of equipment, with $35 million of the total being set aside for on-site PCR testing in aged care homes. A separate $115 million will be spent on rapid antigen tests for service providers in high-risk settings including residential aged care facilities.

Another $235 million will be spent on protective equipment, rapid antigen tests and other supplies for aged care, primary care, disability care and First Nations health services.

As well, $142 million will be added to Medicare funding to cover rebates from October 1 for testing COVID-19 and other respiratory viruses.

Smaller components of the package include $48 million to extend respiratory clinics offered by GPs, $5 million for telehealth items to prescribe antiviral medicine and $5.5 million in additional rebates for face-to-face GP visits.

The former aged care minister, Richard Colbeck, announced the $1.2 billion spending program in March, including $964.9 million for protective equipment and other supplies for residential aged care facilities, saying the investment would continue until December 31.

Authorities reported 53,545 cases of COVID-19 across Australia in the week to September 13, an average of 7649 cases each day. The daily average fell 20 per cent from the previous week.

There were 2241 patients in hospital with COVID-19 on average each day, a decline of 13 per cent from the previous week.

Albanese said last week the cost of paid pandemic leave has reached $2.2 billion since the start of the pandemic and the help would continue for as long as isolation rules continue. About $320 million has been paid since July 20.

The payments were recently reduced from $750 to $540 after mandatory isolation was shortened from seven to five days.