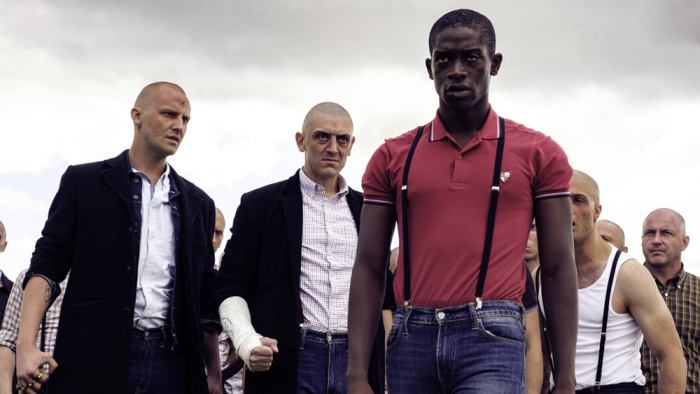 Adewale Akinnuoye-Agbaje’s “Farming” has scooped the Michael Powell Award for Best British Feature Film at the Edinburgh International Film Festival. Akinnuoye-Agbaje’s acting credits include “The Bourne Identity,” and “Suicide Squad.” “Farming,” about a black member of a white skinhead gang in 1980s Essex, is his directorial debut.

The winner was chosen by jury members Antonia Campbell-Hughes, David Hayman and Philip John. “The unanimous decision of the Michael Powell Jury goes to an important, powerful and disturbing film from Adewale Akinnuoye-Agbaje,” they said. “This story forces us to confront an unfamiliar, uncomfortable reality. Farming keeps you invested in its brutal world. Culturally adrenalising. Visceral. Inspirational.”

The same jury awarded the Best Performance in a British Feature Film accolade to Damson Idris for his role in “Farming.”

“I am absolutely thrilled to have received this prestigious award, named after one of my cinematic heroes, for my first film,” Akinnuoye-Agbaje said. “I am equally delighted that Damson Idris won for Best Performance.”

The Award for Best International Feature Film went to Miia Tervo’s “Aurora,” which received its U.K. premiere at this year’s festival. The winner was chosen by the International Jury made up of Natalie Brenner, Jack Lowden and Fred Tsui.