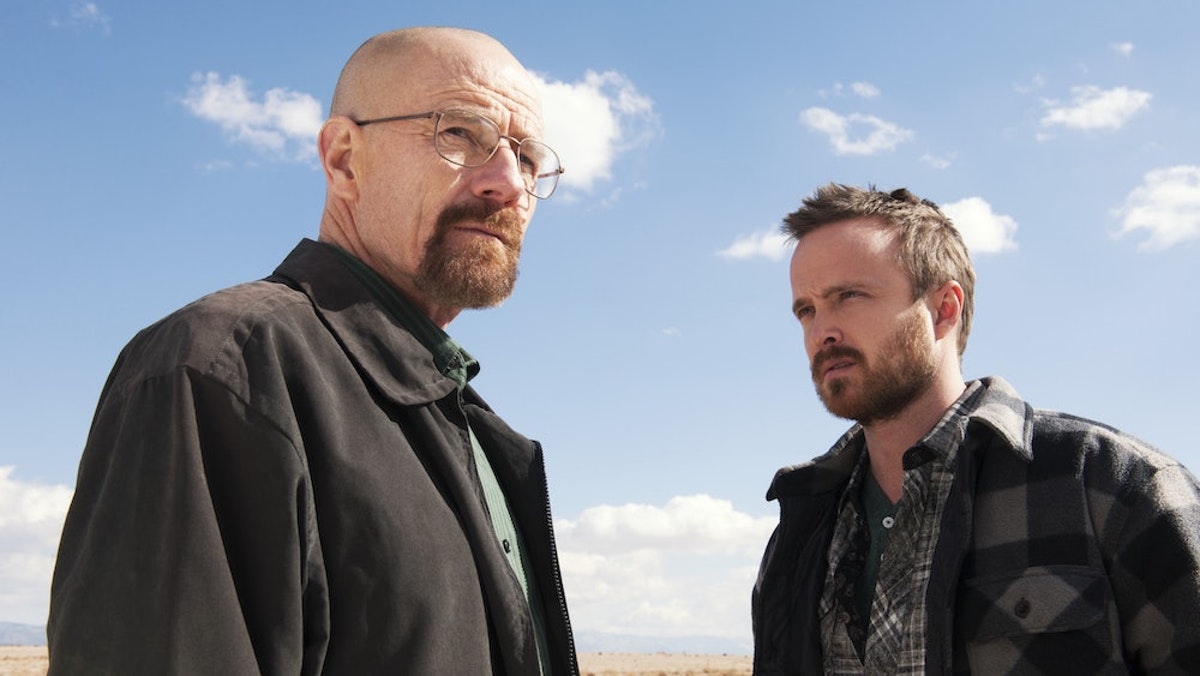 Say his name. Fueling the anticipation fire once more, Aaron Paul and Bryan Cranston’s new Instagram photos will make Breaking Bad fans tread very lightly over movie speculation. In February, Variety reported that the highly-anticipated Breaking Bad sequel is coming to Netflix and AMC, much to the delight of fans everywhere. While AMC, Netflix, and Sony Pictures Television have declined to comment about the project, there’s been some intense speculation that the sequel will center on Jesse Pinkman (Paul), Heisenberg’s trusty meth-cooking sidekick in the aftermath of the tumultuous, deadly events of the AMC series’ finale. The sequel will reportedly be written and directed by the show’s original creator, Vince Gilligan.

As fans will recall, Paul and Cranston first teased a possible confirmation of the sequel on June 25. The actors both took to Twitter to share the same image of two mules with the same caption, which simply read “Soon.” Now, the actors are teasing another cryptic photo. On Tuesday, July 2, both Paul and Cranston uploaded the the exact same image of themselves emerging from a lake. In the photo, their pants are wet from the water, and they’re both holding their hats and shoes. They simply captioned their photos, “Even sooner.”

Could a trailer or release date for the Breaking Bad sequel be dropping soon? In an interview on The Dan Patrick Show in November 2018, Cranston seemingly confirmed the film; however, during that time, the actor said he had no idea if he would even be in the sequel. When asked point blank if there would be a movie version of the Emmy-winning series, Cranston replied, “Yes. There appears to be a movie version of Breaking Bad, but I… have not gotten a script." Before breaking into a manic laugh, he added, “So there’s a question of whether or not we’ll even see Walter White in this movie.”

When asked whether he’d be interested in reprising his role, Cranston said,

Given Cranston’s recent cryptic social media posts, it certainly appears as though he’s has been approached for the film. Given Walter’s death in the series finale, however, fans are left to theorize just how Heisenberg will make an appearance in the alleged project. During his Dan Patrick Show interview, Cranston offered some compelling approaches. “I don’t know if there’s an appearance or what kind of appearance ⁠— flashbacks, flash forwards, I have no clue,” he said. “But I’m excited about it. It was the greatest professional period of my life."

Heisenberg flashbacks would definitely make sense for the film. Still, critics have theorized that these cryptic hints may not be related to a film at all. Is it possible that the two will simply make an appearance in Better Call Saul, the Breaking Bad spinoff that centers on Albuquerque’s notorious attorney Saul Goodman? Who’s to say, but that would honestly be a bit of a let down. Until then, it’s best to tread lightly on all film speculation until we get an official trailer.