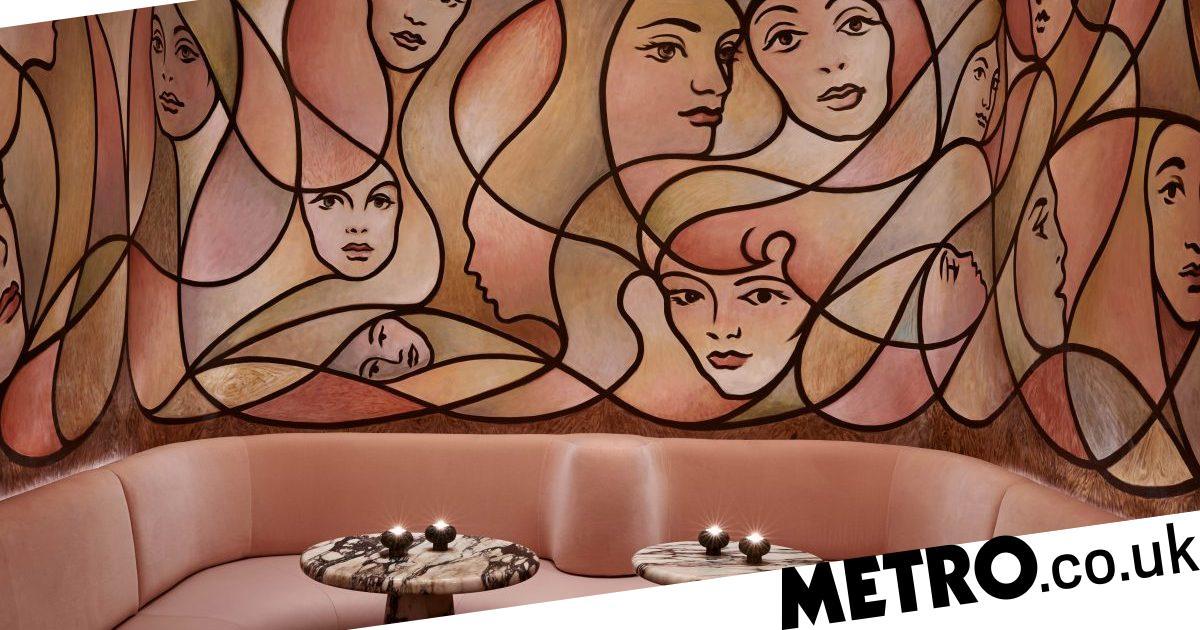 If you’re looking for brand new content for the ‘gram, say hello to the city’s latest fix.

One of London’s most luxe hotels, The Berkeley, has just unveiled its brand new swanky bar, designed by the uber famous Irish interior designer Bryan O’Sullivan. For those of you that have never heard the name before, he’s recently been voted one of House and Garden’s top 100 designers – in other words, he’s a pretty big deal in the design world.

Of the capital’s brand new Insta space, think old school marble glamour, a snug fireplace that’s got date night written all over it, chic stone tables and a mural of whirling starlet faces hidden away in your very own private hole in the wall.

Oh and if its aesthetic resume isn’t already impressive enough, all the central materials used are casually taken from a 300-year old tree from the Fulbeck estate, Lincolnshire, that fell during the Great Storm of 2007. Because recycling is still on trend.

Yeah it’s super pretty, but it’s not just all about the space.

As with anything bar-related there’s a lot of booze, and here you’re guaranteed to find the good stuff. Wines and champs from France you’ve never heard of, along with under the radar and rare offerings from Japanese whisky maker Ichiro are all up for downing. The hotel even had the Scots make a rare whisky from 1972, the year the hotel opened. There are only two available though, so form an orderly drunken line before you try to snag the stuff.

Food wise, you can expect everything from the usual small plates including the likes of Cornish crab and lobster beignets, Iberico ham toast, chicken tulips and a load of oysters, because obviously.

To finish, girls and boys can get their Mad Men groove on and settle in The Snug (that perfect date spot we mentioned earlier) for private party galore. It even has its own sound system and call-for-service button. Advice: grab a Cuban cigar from the bar before you settle in.

And if someone catches your vision bar-side, continue the party upstairs in the room. Terraces come with great views.

The Berkeley is at Wilton Pl, Knightsbridge, London SW1X 7R. The bar is open from 4pm to 1am Monday to Saturday.