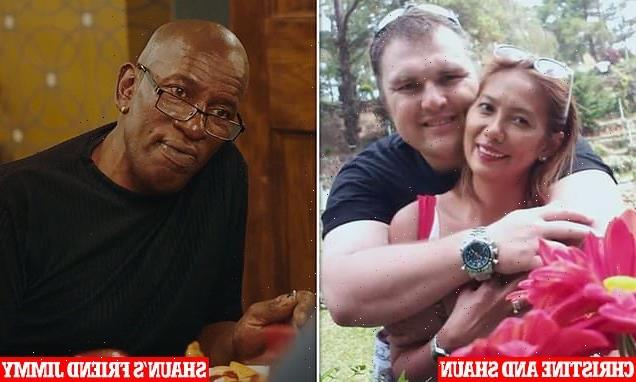 A man in a long-distance relationship with his Filipino fiancé has hit back at his best friend, who suggested the son they share might not be his.

Shaun, 41, from Botley, Hampshire, appears on the first episode of the new series of 90 Day Fiancé UK which will air on Discovery+ on Sunday 24 July.

He has been with Christine, who lives in the Philippines with their five-year-old son Christian, since 2013 after the pair met online the previous year. 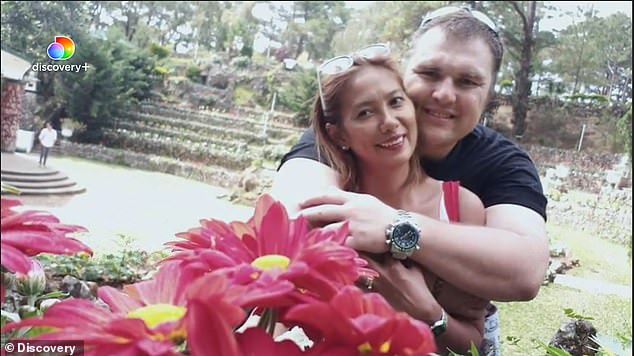 Christine, 42, and Shaun, 41, have been in a long distance relationship for nearly 10 years after meeting online – but Shaun’s friends have reservations about the pairing 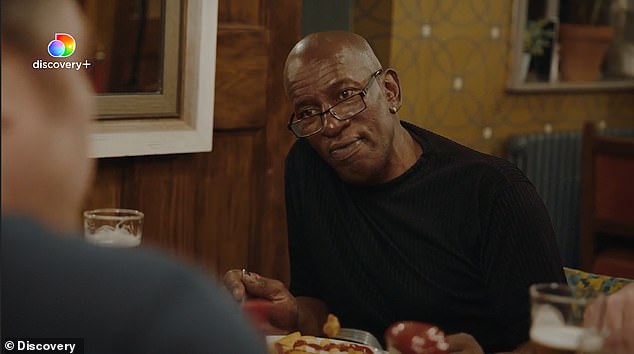 Now they speak over video call every day while Christine, who has three children from a previous relationship, waits to move to the UK.

In a clip released ahead of the first episode of the new series, which airs on Sunday 24 July, Shaun’s best friend Jimmy expressed concern about the money Shaun sends to his fiancé – and even suggests he is not the biological father of their son.

Sitting down with Jimmy and another friend, Daniel, at the pub, cleaning manager Shaun said: ‘I send [Christine] money once a month to help her out.’

Elsewhere in the episode he explained he sends Christine £400 every month, which leaves him with £50-£60 for himself.

When Jimmy questioned this, Shaun replied he had to ‘take a chance on love’ and insisted sending Christine the money showed he loved her.

Jimmy said: ‘You’ve got to take it really careful.’ 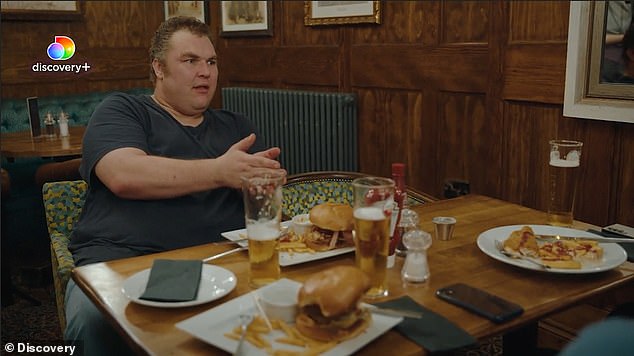 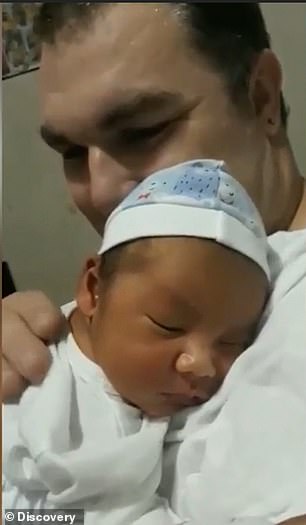 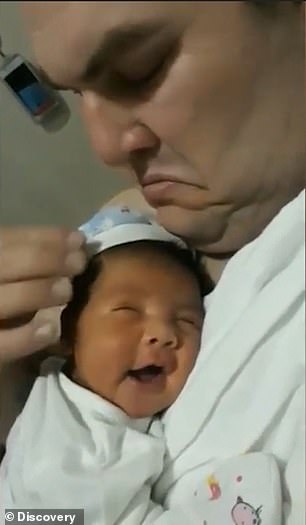 Shaun’s son Christian (pictured as a newborn), whom Shaun has only met four times, lives in The Philippines with his mother Christine

As the conversation became more heated Jimmy added: ‘What we’re doing is just looking out for you, Shaun. Just in case Christian isn’t yours.’

Hitting back Shaun said: ‘I know he’s my son. I don’t need a DNA test. You can see the resemblance on him.’

He went on to insist his fiancé was not ‘using’ him for his money and said: ‘Christine is the love of my life.’

Despite being head-over-heels for Christine, 42, Shaun admits he is lonely living without her.

He told the programme: ‘When I come home from work, I usually say, “hello toaster, how’re you doing?” or “hello kettle”. And sometimes I jump in front of the mirror and say, “hey Shaun, how’re you doing”?’

He added he has only met his son Christian four times and is desperately trying to apply for Christine’s visa so she can move to the UK. 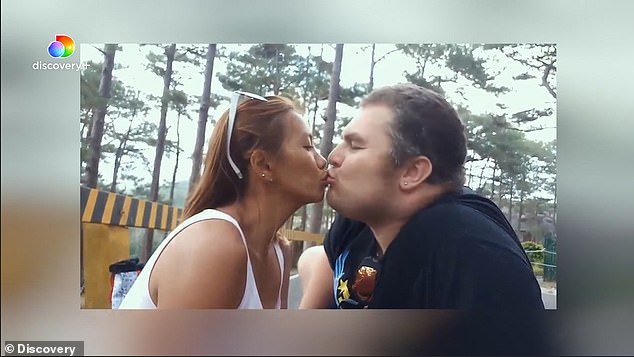 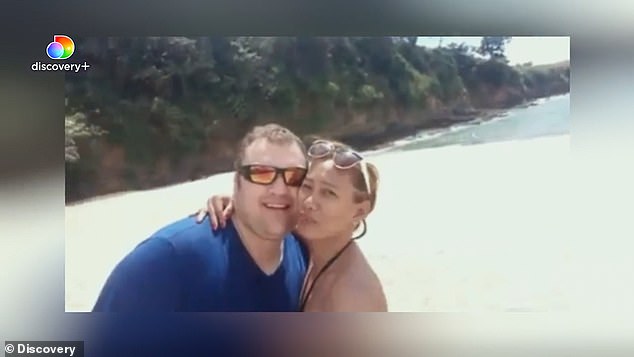 Speaking about why he was drawn to Christine, Shaun said: ‘We met in 2012 on social media; I clicked on her profile, and then when she accepted me as a friend we started corresponding back and forth.

‘Then she started video chatting with me, I thought she was a good-looking girl and I thought how can a guy like this get a girl like that?

‘I like her quirkiness, I like how she acts silly, you know. But it’s just the way she is, she doesn’t care what people think of her. She just goes out and has fun.

Despite being blissfully happy with Christine Shaun’s friends and family have questioned the amount of cash he sends over to his fiancé every month.

‘But to be honest with you I don’t really care, I’m following my heart. It’s my choice. So, you either be part of me in the circle, or you’re not.’ 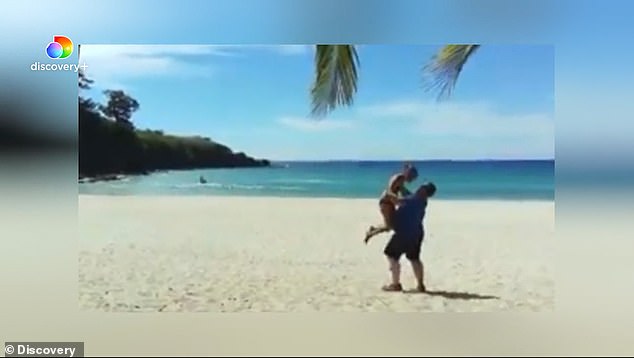 Shaun sends Christine £400 every single month, leaving him with £50-£60 for himself 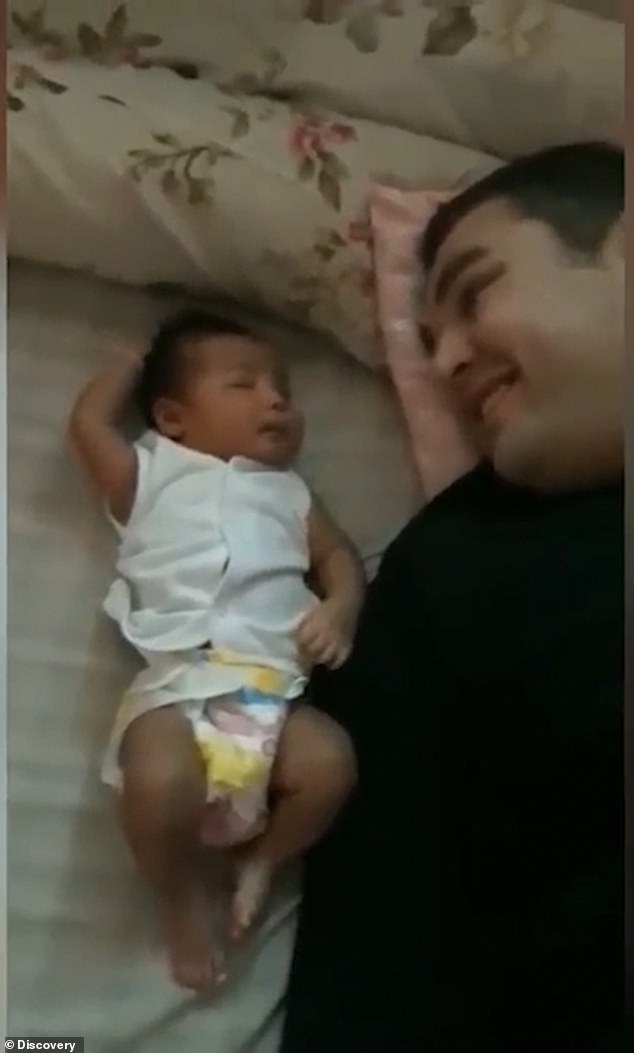 During the episode Shaun’s mother explained why she was concerned.

She said: ‘The reason we worried about it is because you hear all these stories of people taking advantage of others. Sending money, sending money.

‘We didn’t know if her intentions were true, if she was serious about you or if there was another agenda.’

Shaun stubbornly responded: ‘Well, one it’s got nothing to do with you, and two, mind your own business. What the heart wants, the heart gets. Alright? I chose this path for me.’

Another obstacle standing in the way of Shaun and Christine is that the mother-of-four is already married.

Shaun said: ‘Christine is still married. In the Philippines, they’ve got a totally different rule.

‘They don’t believe in divorce; they believe in annulment and it’s costing far too much money.’

On top of the money he sends to his fiancé every month, Shaun is also saving up the cash to pay for Christine’s annulment, which will cost around £5,000.

Shaun said: ‘I don’t have the money, but I am going to be saving up for it and then we can get married.

‘Yes, they’re still married, but they don’t live with each other. I don’t feel jealous about it, because I know she loves me, and I love her.’