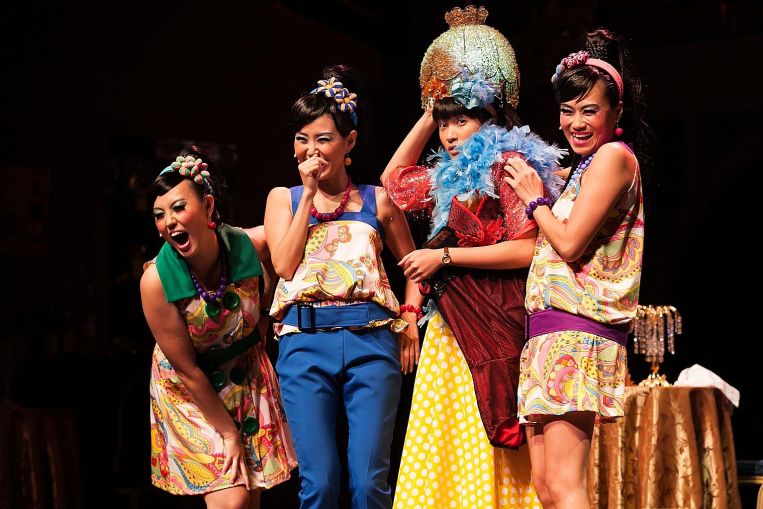 1. CHECK OUT: Behind the scenes in musical Beauty World

A lot of work goes into a production like home-grown musical Beauty World.

This three-episode video series features interviews with the creative minds behind the 2015 staging of the theatrical hit by writer Michael Chiang and composer Dick Lee.

Hosted by director and educator Jeffrey Tan, the episodes include interviews with talent such as set designer Wong Chee Wai and lighting designer Yo Shao Ann who discuss their creative process and vision for the musical.

2. REVISIT: The best of Glastonbury

With its multiple stages, star-studded line-up and wide variety of genres, Glastonbury in Somerset, England, is often acclaimed as one of the world’s finest music festivals.

While this year’s edition, which would have been its 50th anniversary, has been cancelled due to the coronavirus pandemic, music fans can relive some of its finest performances online in the Glastonbury Experience series.

These include those by American R&B star Beyonce in 2011, British singer Adele in 2016 and the late David Bowie in 2000.

We would also like to hear from you, our readers, on how you are coping and keeping busy while at home. Please send us videos, pictures, stories, poems or other contributions at [email protected] or on ST’s Facebook and Instagram accounts. We will curate and showcase some of these, including at str.sg/stayhomeST

Before social media and the 24/7 news cycle ruled the media landscape, Singapore had afternoon tabloids. One of them was The Singapore Monitor, launched in 1982.

An attempt by local Chinese-language newspapers to venture into the English-language market, it failed to take off and incurred a loss of $26 million.

Info: The final deadline before they bid their goodbyes

Popular vlogger Nuseir Yassin, better known as Nas Daily, may have made his name with his one-minute videos, but he is now moving into the podcast world.

The debut episode sees Singapore-based Yassin – who describes himself as Arab-Israeli – discussing what he went through to create the 1,000 videos that he has filmed in 64 countries around the world.

Future episodes will touch on topics such as politics and philosophy and feature guests including Israeli historian and author Yuval Noah Harari and Filipino-American vlogger Wil Dasovich.

Mr Wilson Peh’s mother suffered a stroke and collapsed moments after she saw him being arrested at the age of 15. She died three years later.

The guilt he felt over her death spurred him to turn his life around. Today, the 28-year-old former gangster and drug addict counsels other youth-at-risk and young offenders.

This video which tells Mr Peh’s story is part of The Straits Times’ Generation Grit series on millennials who have beaten the odds.