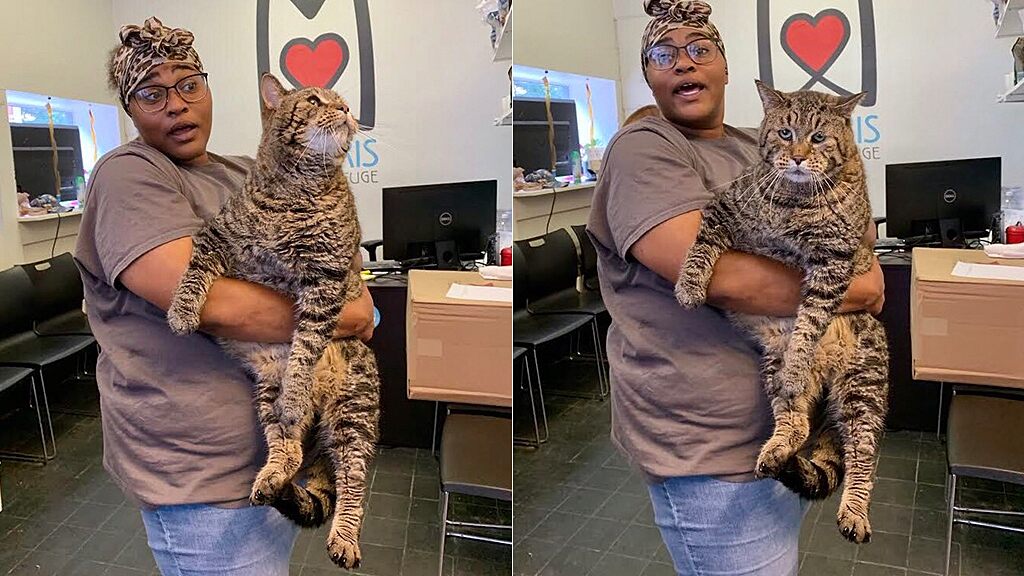 A giant tabby named BeeJay may have found his forever home after pictures of his more-to-love physique went viral on Twitter.

DOG WITH 6 LEGS ADOPTED BY BULLIED TEEN: 'NOW HE'S GOT A BEST FRIEND' 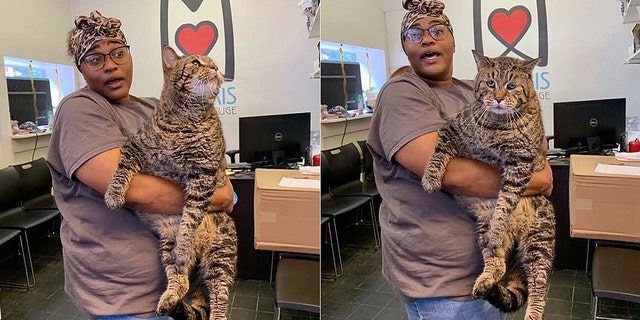 BeeJay the giant tabby made have found his forever home after photos of him went viral on social media.
(Morris Animal Refuge)

The big boy, nicknamed “a chonk of a chonk,” weighs a whopping 26 pounds, according to The Morris Animal Refuge in Philadelphia, which is housing the chubby cat.

But his size just added to the appeal of the 2-year-old black-and-brown-striped kitty, whose pictures quickly went viral on social media with hundreds of people claiming they wanted to adopt the “jump-sized package of fluff & love.”

Some, meanwhile, were more concerned about what to feed the plus-size cat, with one joking that he "can't afford that much lasagna."

The post gained so much attention that the shelter posted on update on Friday saying they are “overwhelmed by the number of wonderful people ready to give Mr. B his fur-ever home.”

Though the shelter did say before BeeJay is able to start settling into his new life, he still has to go through a check-up with the vet.

As of Friday morning, the “sad-eyed guy” had helped to raise over $1,000 for the shelter.