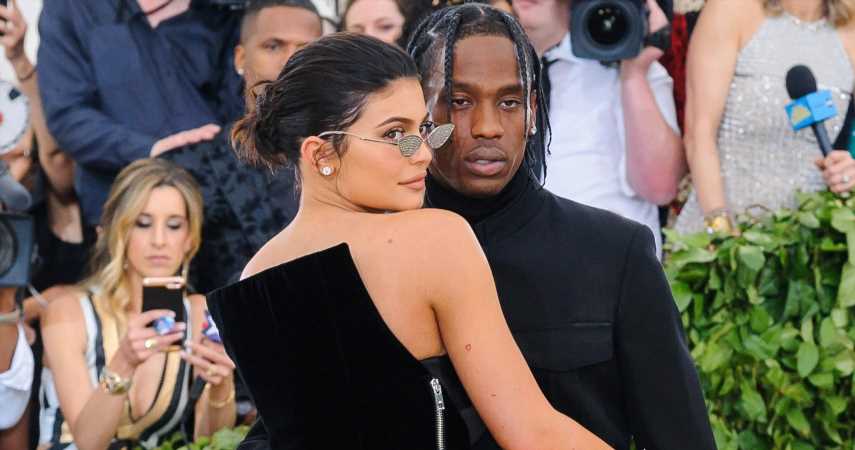 The Keeping Up With the Kardashians star Kylie Jenner and her partner, Travis Scott, are primarily based in Los Angeles but have spent quite a bit of time on the East Coast in the past year and have been staying in the palatial townhouse rental in Greenwich Village. With Jenner spending most of her second pregnancy on the West Coast, the sprawling historic mansion is back on the market at $26.5 million through Million Dollar Listings star Ryan Serhant, up from its last asking price of $24.9 million.

RELATED: Kylie Jenner’s Kylie Swim Will Have Swimsuits For Babies Too

Built-in 1839, and once the residence of the famous musician John Philip Sousa, the landmark Greenwich townhouse formerly resided in by Jenner and Scott is spread over 8,700 square feet with six stories, a voguish rooftop space, a custom glass elevator, six bedrooms, and eight baths according to Architectural Digest. The house is not far from Washington Square Park, which can be seen from the rooftop with Freedom Tower. The modern fireplace in the living room that spills out onto the 700 square meter backyard protects against the cozy autumn nights inside the property. The exposed original stone and brick walls throughout the building add warmth and coziness to the building. The outdoor space constitutes a teak cabana and an outdoor kitchen fashioned by the legendary chef and restaurateur Silvano Marchetti of the now-defunct but once a celeb-frequented West Village eatery named Da Silvano.

The house boasts a home spa, an outdoor Zen sanctuary on the third floor, a chef’s kitchen, a tasting lounge, a mezzanine, a wine cellar, an outdoor hot tub, a double-story living room, and a media room. The enormous residence shows off ceilings as high as 18ft 3 in the living room, sporting the custom-built gas fireplace. The house used to be known as Sousa House and was an event space earlier. It was later renovated and redesigned by Clodagh Design, responsible for the interiors, and William Rainero, the then-homeowner. Dirt reports that it has been on and off the market since 2012 and had been valued at a steep price of $31.5 million in the past.

Being one of the youngest wealthiest persons in the world, Kylie Jenner has secured an impressive real estate portfolio. Jenner owns several properties across Los Angeles and Hidden Hills, comprising the $36.5 million deluxe Holmby Hills showplace and the five-acre property purchased for $15 million in 2020. The Highest in the Room hitmaker Travis Scott is based in Brentwood, where he recently bought two properties for $29.3 million. The couple together shares a $13.5 million home in Beverly Hills as well.

READ NEXT: Rihanna’s Billionaire Status Is Not Entirely Because Of Her Music Career