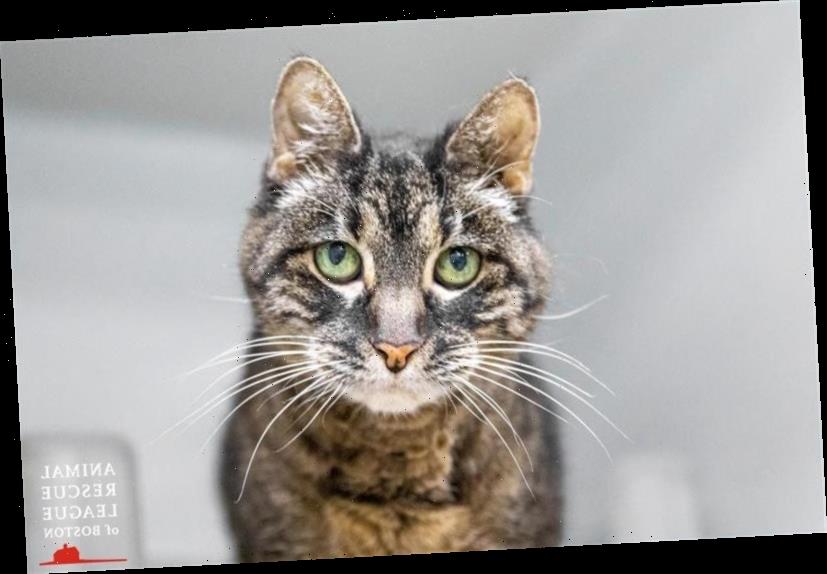 A down-on-her-luck elderly cat has had a change in fortune ahead of the holidays.

On Wednesday, the nonprofit Animal Rescue League of Boston posted on social media about Tangee, a 19-year-old tabby cat newly out of a home.

A driver had brought Tangee to Boston Animal Care and Control, saying that she had dropped off a man off at Logan Airport and when he got out of the vehicle, he gave her the cat, along with a note saying he was moving to Florida and couldn’t take Tangee with him.

From animal control, Tangee wound up at ARL Boston, which set to finding her a new home. The soulful-eyed cat ― whose age ARL Boston says makes her the equivalent of a 96-year-old human ― has signs of early kidney disease, but she’s otherwise in good health and has a winning personality, according to a blog post from the organization.

“She is extremely friendly,” spokesman Mike DeFina told The Boston Globe. “For a 19-year-old cat, she’s very spry and has a lot of energy.”

Her stint in the shelter didn’t last long. Tangee was adopted just three hours after the organization’s Facebook post. And while the post had led to an overwhelming amount of interest and phone calls, the woman who ultimately brought her home was totally unaware of her new companion’s viral fame. Instead, the adopter was simply a woman who loves senior animals and had stopped by the shelter looking for an older cat, DeFina told the Globe.

“Thank you to the hundreds of caring individuals who reached out regarding this sweet girl,” ARL Boston wrote in the post. “She has found a wonderful home not only for the holidays, but for the rest of her life.”