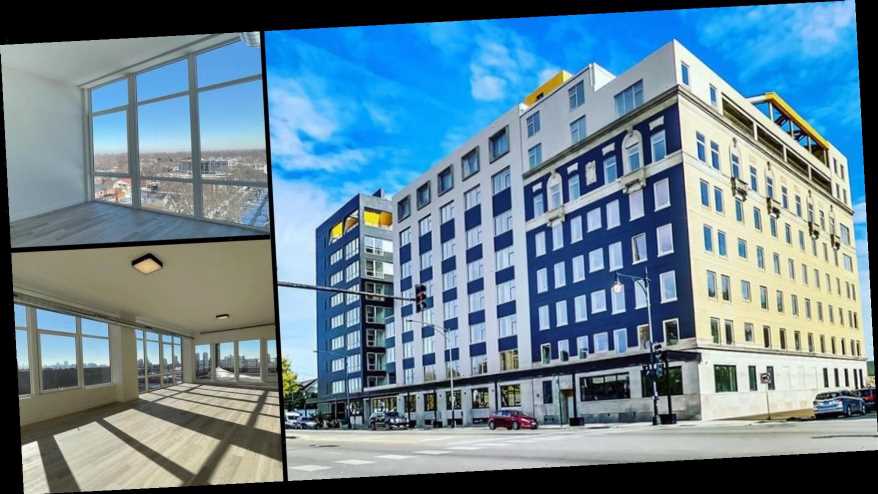 Edgewater Hospital was one of the most famous sites in Chicago for more than seventy years and now, two decades after closing its doors, it’s getting a makeover as a collection of luxury apartments.

The former medical center at 5700 North Ashland Avenue has officially been retitled Anderson Point. Adorned with 155 different units, two buildings from the storied hospital have been reimagined for a new generation.

The accolades of Edgewater sound like a bizarre game of Mad Libs, as it was the birthplace to names like Presidential Hopeful Hillary Rodham Clinton and Clowny Serial Killer John Wayne Gacy. As for the hospital’s overall theme, its grand opening in 1928 featured a solarium, swimming pool, and even a helipad. Known for offering white-glove service normally reserved for the elite, the hospital was said to be used by Frank Sinatra more as a hotel than anything else.

Like so many passion projects, the downfall of the Edgwater Hospital can be linked to the death of its owner Maurice Mazel in 1980. Following his time with the institution, Maurice’s wife, Circus Hall of Fame performer Harriet Mazel-Szanto, served as chairman and CEO from 1980 to 1984. She remained on as chairman until 1988, but after her passing, the hospital was put under new ownership.

It was all downhill from there and in 2001, following the convictions of several doctors and management executives for a large-scale medical insurance fraud scheme. The entire scandal contributed to the deaths of two people occur due to unneeded medical testing done for insurance payments. It was then that Mazel’s pride closed its doors.

MCZ Development, bought the campus, and was able to save two buildings on Ashland Avenue from the 2017 demolition. Their purchase included the original building opened to the public in 1929.

This new chapter in Edgewater has everyone excited, especially those who know the unique quality of the upcoming project. Those include the leasing manager for Anderson Point, Zach Daniels. He told Block Club Chicago, “The bones are there, but they gutted pretty much everything. There are a lot of unique features to some units.”

There will be a catwalk between the two hospital buildings, which will serve as a private balcony area for those living in the apartments. Also reopened is the hospital’s solarium. Now, however, it is a soon-to-be unveiled rooftop terrace.

The distinctive 155 apartments are available from studio to three-bedroom. The campus itself boasts 80 parking spaces and a gym.

The areas of the hospital that were demolished four years ago have been given to the Chicago Park District by the development company. Alderman Andre Vasquez  told Block Club Chicago that they would be starting to build a park on the land later this year.

The layout might be ritzy, but the prices aren’t. According to Daniels, Studios in the new location will start in the $1,000s while three-bedrooms will be available for over $3,000.