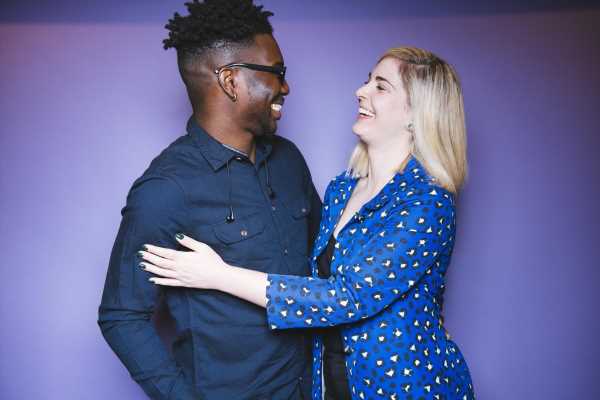 If you’ve broken up, it’s likely over, for good. Yet, there are certain times where an ex might reappear, looking to revisit the relationship after taking time to figure things out solo. Of course, if it ended poorly, chances are slimmer, but there are signs your ex might want to get back together that you should be well aware of before letting an old flame come back into your life. Without being prepared for possible romantic gestures or understanding where your ex is coming from, you run the risk of getting hurt, or hurting you previous partner’s feelings, too. The best plan? Get on the same page first.

As a certified health coach, I’ve seen people start, end, and resume relationships. As emotions can fluctuate over time, sometimes a relationship that didn’t work out in the past can actually be successful in the future. It depends on a lot of factors, like timing of the relationship, age and maturity levels, and having more common goals. Another option? Maybe you simply just miss each other, or you randomly ran into each other after time has passed and can sense a spark. No matter what, follow your gut. Consider what led you to break up before and how things can be different now. If you do think your ex wants to get back together, here are 13 clear signs to show they’re interested.

1. They Communicate With You Over Text

If your ex starts texting or calling you, where they’re giving you direct, high-quality communication, it could mean they’re looking to get to know you again and maybe revisit the relationship, rabbi and matchmaker in NYC, Shlomo Zalman Bregman, tells Bustle. Plus, if your ex is the one initiating communication and responds quickly when you respond, it’s even better, Bregman says.

If your ex is just texting you when lonely late at night, or if you’re just discussing the weather or current events, it might not be a real sign, Bregman says. Yet, if your ex is opening up and sharing news about their life and is inquiring about yours, then it’s possible they’re trying to reconnect again.

3. They Ask About Your Dating Life

If your ex seems interested to know if you have a new partner in your life, it could mean that they’re trying to gage where you stand and if you’re open to revisiting a relationship again. "If your ex seems curious as to whether you’re dating someone new, that’s a great sign that they still think of you in ‘that way,’ and want to know if you’re still available," Bregman says.

An ex wouldn’t be jealous if you’re getting hit on at a bar if no feelings were present. Yet, if your ex is super bothered by your newfound attention, it could mean they’re looking to get back together. (Or at least considering it.) "Do they show signs of jealousy if you’re going out at night with friends, seeing someone, or in a pic with a guy on social media? Those are terrific signs that they still feel strongly tethered to you," Bregman says.

5. They Tell You Their Relationship Status

If your ex is explicitly telling you that there’s no current partner, it could mean that they’re trying to see how you react, as you might express interest in filling that void. "In a similar vein, an ex who still has deep feelings for you may go out of their way to make sure you know they themselves are not seeing someone, (1) so as to not cause you pain, and (2) so that you will know they are still available," says Bregman.

6. They Stay Connected On Social Media

According to relationship counselor Jonathan Bennett, see if you can pick up clues on social. "If you notice that your ex seems to be stalking you on social media, whether it’s viewing your Snapchat story or accidentally liking a tweet, it’s a sign that you’re at least on their mind. And, if that’s the case, it’s possible there are lingering feelings," Bennett tells Bustle.

7. They Discuss Past Moments You Shared

If your ex and looking to revisit the past and share in happy memories, it might mean they are trying to reignite that spark, Bennett says. "If your ex appears to give subtle references to you or moments from your former relationship on social media, it might be a way of dropping hints and hoping you’ll notice," Bennett says. "Your ex just might be afraid of making the first move towards getting back together."

8. They Make Random Excuses To Talk To You

If you randomly get texts like, "Eating this awesome hamburger," or "Know of any good Thai restaurants?" it could mean that your ex is simply trying to find ways to speak to you out of the blue, relationship therapist Kiaundra Jackson, LMFT, tells Bustle. Think about how you feel when getting these texts: are you happy? Annoyed? Then go from there.

9. They Try To Make You Jealous

While they might express availability to show that there’s a chance to get back together, the flipside applies too, where an ex might go out of their way to try and make you jealous so you’ll want to get back together, Jackson says. "If extra, public efforts are being made to show that ‘they have moved on’ or is dating someone new, that may be a sign that they are using that as a cover up and they want you back," Jackson says.

10. They Ask To Discuss What Happened

Seems pretty straight forward, here. If your ex literally asks to get together to discuss what went wrong, it means they’re either looking for closure or a way to see if it’s worth trying again and improving together, relationship therapist and founder of online relationship community, Relationup, Rhonda Milrad, LCSW, tells Bustle. "Maybe they have been working on themselves, want to apologize for their behavior, or just explain what was going on for them at the time. Either way, their desire to get together to have a discussion about the demise of the relationship opens the door for healing," Milrad says.

11. They Leave Stuff At Your Place

If they leave things at your home and don’t intend to pick it up (no matter how often you tell them to come by and get it), it could mean that they are trying to maintain the possibility to reconnect again at a better time, Milrad says. "By not picking up all their belongings and sending a strong message that the door is shut. They are leaving the door slightly cracked open by having an excuse to make contact with you in the future," Milrad says.

If the relationship ends and they take responsibility for their wrong actions in contributing to a relationship ending, there is a chance that they really do value you and don’t want to lose you, says marriage and family therapist Christie Tcharkhoutian M.A., MFT, tells Bustle. "This would also indicate that they want to keep you as an option once they make the changes necessary to deserve being with you and ultimately, it becomes your decision if you would take them back," Tcharkhoutian says.

13. They Ask Friends About You

If your ex is curious as to how you’re doing and goes to your friends to get the deets, it means they might want to get back together, Tcharkhoutian says. "If your name is still coming up in casual conversations with mutual friends, they may still be interested in you/want you back. If you start dating someone new and you hear that they are curious/asking your friends, they may be regretting letting you go (as they rightfully should!)," Tcharkhoutian says.

If you notice your ex doing any of things, it could mean that they’re hoping that that chemistry still exists and it might be worth giving the relationship another shot. Of course, take time to think about it before giving an answer. You’ll want to figure out how you feel first before diving back in.