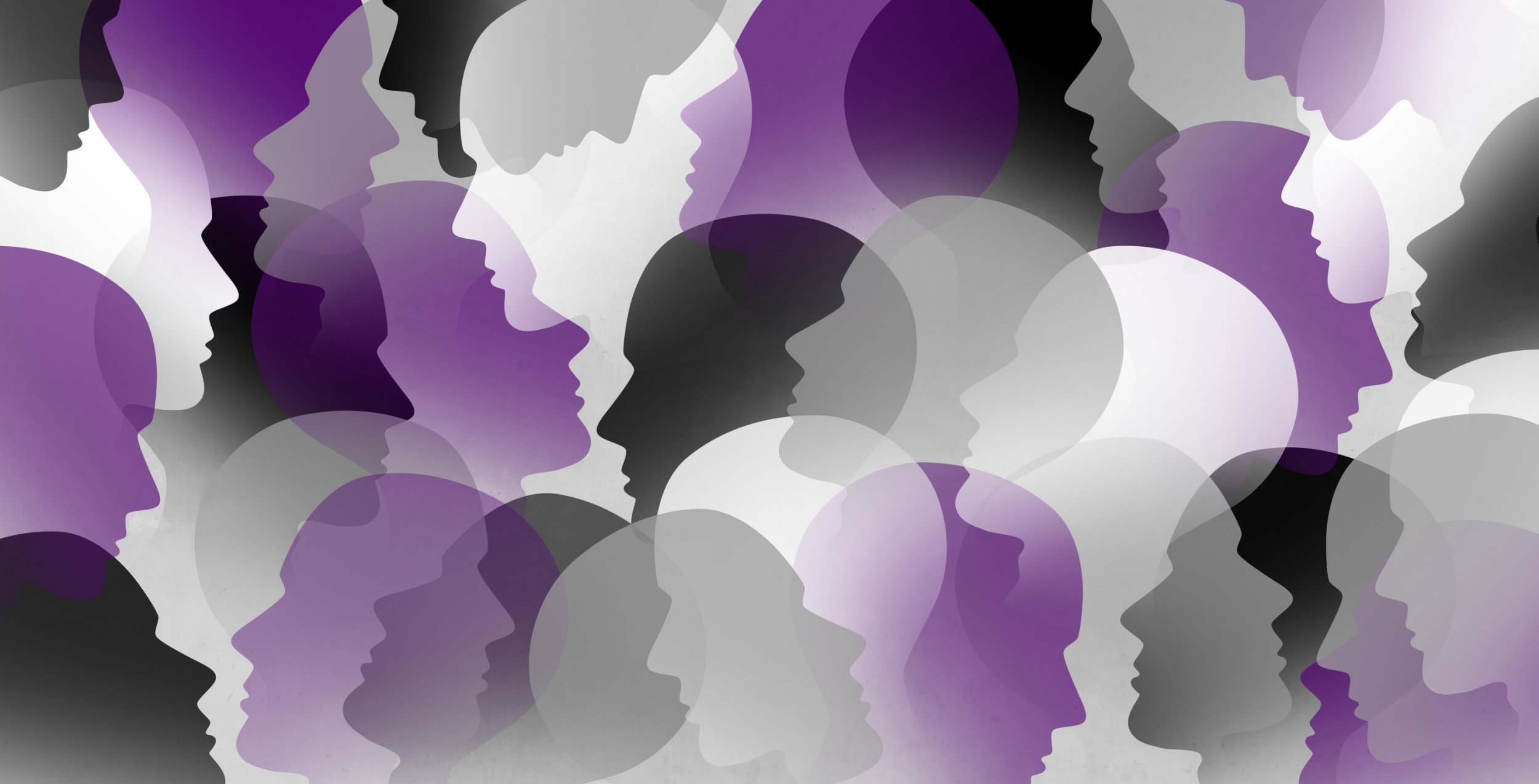 Asexuality refers to a lack of sexual attraction to others, or a low interest in sexual activity, regardless of gender. It is considered a sexual orientation, similar to identifying as a lesbian, gay, bisexual, or queer.

Yet, though it occupies the ‘A’ in the ‘LGBTQIA’ acronym, many people aren’t aware of what it means to be asexual.

Like with all other sexualities, there are many ways this orientation can manifest in individuals, which subsequently leads to a number of misunderstandings and misconceptions.

A lot of allosexual people – the term for people who do experience sexual attraction for others – are unaware of the nuances of asexuality, mainly because it isn’t often talked about.

Not many of us will jump straight into talking about our sex lives (or lack thereof) with someone at the local pub, and it might not even seem worth getting into.

For this, and many other reasons, we might assume things about asexuality that are not entirely true, without the knowledge to fact check claims.

To give you a greater understanding, we reached out to award-winning asexual activist and model Yasmin Benoit. She broke down these misconceptions for us, explaining why she thinks asexual people are misunderstood.

Yasmin says: ‘Asexuality is largely misunderstood because there’s a lack of visibility and education surrounding it – and that’s because of the way we conceptualise sexuality in our society.’

‘Most of our discourse around sexuality has emphasis on what people feel and do, rather than on what they don’t, even though our experiences can be equally defined by both.’

‘That in itself alienates the asexual experience, because a lot of people discover their asexuality based on what they don’t feel. It falls out side of how we understand sexual orientations, even though it is one.’

Yasmin has been active in promoting asexuality and combatting acephobia, creating the hashtag #ThisIsWhatAsexualLooksLike, as well as regularly discussing antagonism towards asexual people on her Instagram page.

From calling for asexuality to be included in school sex education to raising awareness of the wide spectrum of human desire, her advocacy has been wide-ranging.

The 25-year-old wants us to treat asexuality as a sexual orientation just like any other, and treat people with respect, whether they are asexual or not.

‘You wouldn’t make assumptions about someone’s past, their personality, their appearance, their future, their interests, or their health because they’re heterosexual,’ she says.

‘I like to think that we’re making a conscious effort not to do that to people who identify as homosexual or bisexual either – most understands that it would be inappropriate and discriminatory to do that. It should be no different for asexuality.’

Yasmin chatted with us about the main myths and misconceptions around asexuality, with the aim being that people will be more informed around the topic.

From assuming asexuals don’t experience attraction to the idea it’s a ‘trend’, there are a lot of falsehoods out there, which Yasmin debunks with cold hard facts.

1. Asexuality is a psychological disorder

Yasmin says: ‘Asexuality has been pathologised as a hypoactive sexual desire disorder in the International Classification of Diseases (ICD) and the Diagnostic and Statistical Manual of Mental Disorders.

‘But, asexuality isn’t a disorder or comorbidity.’

2. Asexuality is a physical problem

‘There is no evidence to suggest that asexual people have a hormone deficiency which causes a lack of libido.

3. Asexuality is the same as celibacy

Some people believe that asexuality is the same as celibacy or abstinence, which is an active choice to refrain from sex.

Others may believe that asexuality is the same as being an incel (a slang for term for people who describe themselves as ‘involuntarily celibate’). This movement has been associated with a misogynistic internet subculture, as well as being referenced by killers like Elliot Rodger and Jake Davidson.

But, as Yasmin explains, this couldn’t be further from the truth.

She says: ‘Asexuality isn’t a lifestyle choice or religious decision, although not experiencing sexual attraction might impact whether or not you would want to have sex with anyone.

‘Asexual people aren’t necessarily celibate or abstinent, this is who they are, and it has nothing to do with not being able to find someone to have sex with.’

5. Asexuals have no sexuality

Yasmin wants to highlight that asexuality does not mean the absence of a libido whatsoever, or that asexuals have no interest in sexuality.

She says: ‘Asexual people can have sex drives and have sex, or have kinks.’

However, they may choose not to act on this, or have sex at a much lower frequency than allosexual people.

‘Sexual attraction is just one layer and manifestation of sexuality,’ Yasmin adds.

This is a very common misconception. But being asexual is not a reflection of a person’s feelings towards what others do – it’s not a social attitude or stance.

‘Not experiencing attraction yourself has nothing to do with how you feel about sexuality in general, especially how other people experience their sexuality,’ Yasmin says.

She emphasises the harm of this viewpoint, saying: ‘It leads to us being perceived as dangers to other people’s sexual freedom.

7. There are only a handful of asexuals

Though some may believe the majority of the population – including your friends, families, and loved ones – are allosexual, this may not be the case.

Based on a 2004 study by Bogaert, asexuals are estimated to make up around 1% of the population, a figure that’s likely to be far higher today given society’s changing attitudes.

If it was just 1% of the world’s population, that’s around 75 million asexuals. Certainly not a small number.

8. Asexuals are always a certain ‘type’

There’s no specific demographic, appearance, age, or gender that is predisposed to being asexual.

Yasmin says: ‘Asexual people can look like anything and come from all walks of life. Being asexual also doesn’t mean being sexually unattractive or frumpy in any way.’

Some people believe that, because asexual people often don’t want to have sex, they do not desire children. However, there’s no specific association between being asexual and being childless or single.

Though they may not want to have biological children, that doesn’t mean they can’t be parents – and to suggest as such is offensive to people who are parents to adopted children or those with children conceived via a surrogate or IVF.

Additionally, Yasmin says that some asexual people do and can have biological children with romantic partners, or may choose to form intimate platonic relationships with other people and co-parent that way.

10. Asexuality is a personality issue

Yasmin says: ‘People aren’t asexual because they’re shy, because they have trouble connecting with people, or because they think they’re too good for anyone.’

Similar to the idea that it could be a psychological disorder, some believe that asexuals are narcissistic, psychopathic, or have some other kind of personality disorder.

This is not the case, and it is offensive to suggest as such.

There have been variations in human sexuality since the dawn of time, although the language we use today may not have applied in the past.

Yasmin says: ‘The terminology is becoming more widespread now and the asexual community is more well connected, thanks to the internet, but that doesn’t make asexuality new.

‘It might be new to some people, but it isn’t going anywhere.’