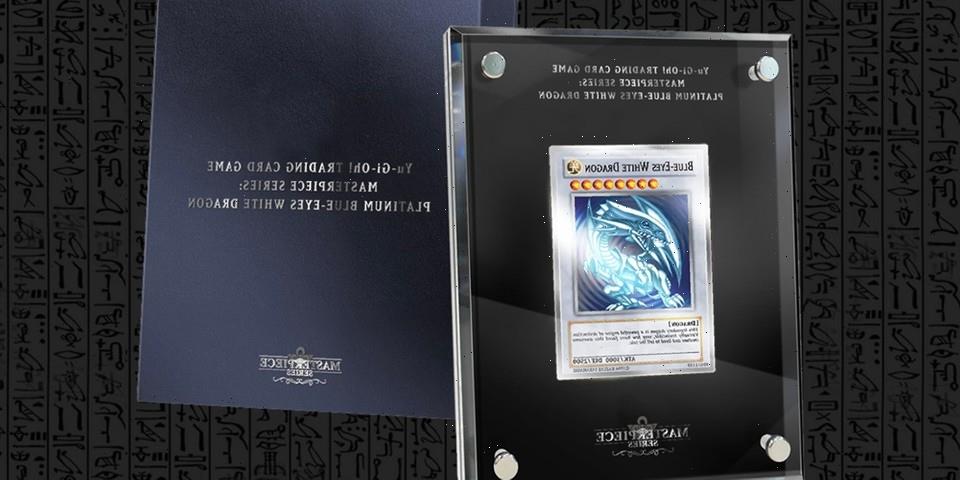 The Yu-Gi-Oh! TCG Masterpiece Series Blue-Eyes White Dragon has just launched in Europe and has sold out in seconds.

Selling for approximately $1,000 USD, the commemorative card of Seto Kaiba’s legendary dragon is limited to 1,000 pieces and is made from 99.9 percent pure silver and encased in transparent acrylic glass. While many fans were camping early for the release, resellers were also equally as interested as, prior to the release, many were already expecting an enormous jump in the secondary market for the limited card.

Well, just days after the card sold out, some of the cards have already made their way to auction pages like eBay selling for over ten times the retail price. One listing even has the card priced at $11,000 USD.