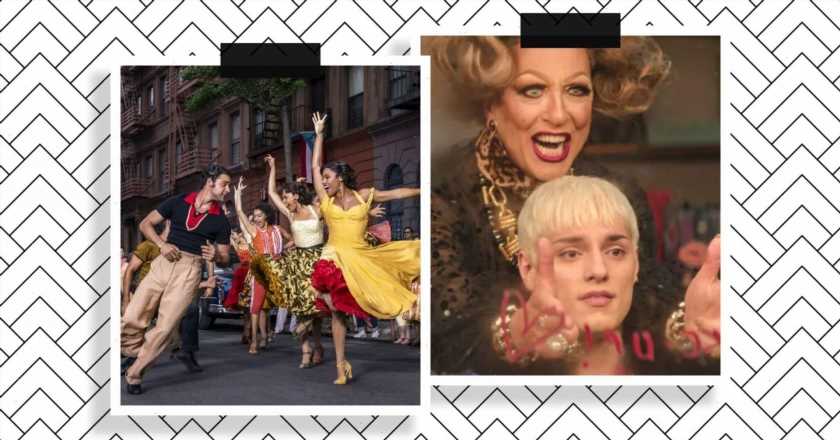 After the last year, we could all use a bit of a lift – and Hollywood has answered our call by delivering us a roster of movie musical adaptations this year. From West Side Story to The Little Mermaid, there is something for everyone.

One thing’s for sure – the last year has left us with a deficit of good cheer, reckless abandon and the spontaneous bouts of dancing and singing that come with happier days.

So luckily, the powers that be in Hollywood are delivering us a rather exciting amount of musicals on the big screen this year, from the forbidden love of West Side Story to an exciting gift from Hamilton’s Lin Manuel-Miranda.

After a year of cinema and theatre closures and the world that comes with it going regularly quiet, we’re ready for a noticeably noisy year ahead of sing-song, as well as the return and revamp of some truly beloved theatrical performances.

Prepare for an onslaught of dance numbers and cheesy song lyrics as titles surface from Covid-driven postponement. Joy, we are ready for you.

Here’s a round-up of the best big-screen musical films that are set to hit cinemas and streaming services this year.

Bridgerton: a prequel of the hit Netflix period drama has been confirmed

To say that Stephen Spielberg’s take on Broadway show West Side Story is highly anticipated is an understatement. The racially charged Romeo and Juliet riff tells the story of the rivalry between two New York City gangs, the white Jets and the Latina Sharks and a romance that manifests across the two.

Ansel Elgort (star of Baby Driver and The Fault In Our Stars) will star as the romantic lead and Jets leader Tony, while his paramour Maria (a Latino Shark) will be played by Rachel Zegler, a high school student and a newcomer to the industry.

Spielberg has not yet confirmed what legendary tracks from the original show will feature.

West Side Story is due out in cinemas this December.

Production has started on a live-action musical comedy sequel of Disney’s beloved Enchanted. Amy Adams, Patrick Dempsey, James Marsden and Idina Menzel will all return to reprise their roles, with Bridesmaids’ Maya Rudolph and Oscar Nunez (The Office) joining the cast.

Newcomer Gabriella Baldacchino will play the daughter of Amy Adams’ Giselle – see below her adorable reaction to her being surprised with the news.

From Disenchanted, we’re expecting the perfect blend of hilarity and sing-song, with more than a touch of sparkle.

The sell-out stage show that tells the coming-of-age story of a young boy who wants to be a professional drag queen is set to blow film lovers’ minds very soon.

Newcomer Max Harwood will play the lead role, and Jonathan Butterell – the director of the show – will make his feature film directorial debut by helming the film adaptation.

It was originally due out earlier this year, but the Covid-19 pandemic has led to the release being postponed. No new release date has been announced yet, but we’re ready for when it drops.

Hamilton’s Lin-Manuel Miranda has adapted his first ever stage show for the big screen, and we cannot wait to experience the magic firsthand.

Miranda wrote the Broadway hit when he was just 19, and tells the story of a Hispanic-American neighbourhood of New York City’s Washington Heights, set over the course of three days and full of social observation and moving storylines.

Directed by Crazy Rich Asians’ Jon M. Chu and fronted by Orange Is The New Black star Dascha Polanco and Anthony Ramos, who has already clocked in roles in musical smashes A Star Is Born and, of course, Hamilton.

With an almost unreasonably star-studded cast, this Cinderella musical remake is set to be massive – and could well blow all the other recent attempts out of the water.

With James Corden behind the scenes (and appearing as a Mouse Footman, apparently) and Pose’s Billy Porter as an iconic Fairy Godmother, this take reimagines the story and centres around an ambitious young woman and her big dreams, and what happens when she is told they are too big and won’t come true. We are here for this.

The X Factor star Camila Cabello will play Cinderella while Missy Elliott is gracing us with her take on the Town Crier. Plus, with Pierce Brosnan as the King and Idina Menzel as the Evil Stepmother, we reckon it won’t just be the slipper that fits perfectly.

Cinderella is set to be released on Amazon Prime Video in September 2021.

Another theatre favourite set for the big screen treatment – it will star Ben Platt as Evan. Ben won a Tony award for his work bringing this story to Broadway.

After the suicide of a classmate, Evan gets stuck in a lie as his friend Connor’s parents mistake a letter he wrote for their son’s suicide note. Directed by Perks of Being a Wallflower’s Stephen Chbosky, the cast will also consist of Booksmart’s Kaitlyn Dever, Amy Adams, Julianne Moore and Amandla Stenberg.

Dear Evan Hansen is currently due for release on 22 October 2021.

Harry Potter star and national treasure Emma Thompson is due to star in a Netflix adaptation of Matilda as the terrifying headmistress Miss Trunchbull – but it comes with a twist.

It’s not a remake of the beloved film, but of the stage adaptation, which started out in Stratford-Upon-Avon and has now been performed in London and New York and includes catchy tunes written by comedian Tim Minchin.

It will be directed by Pride’s Matthew Warchus, with Marvel star Lashana Lynch starring as Miss Honey and 11-year-old Alisha Weir as the bookworm Matilda.

There isn’t a release date for this magical revamp yet – watch this space.