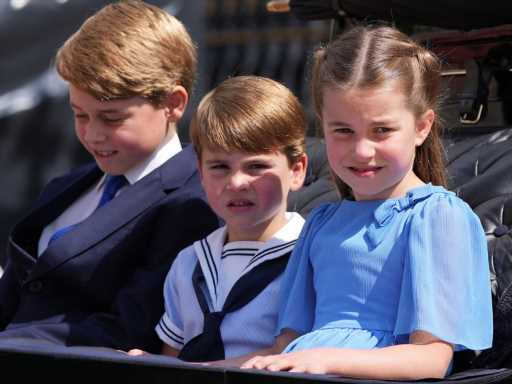 We’ve always known how important tradition is to the British royal family, and that was wholly on display today during the 2022 Trooping the Colour. Queen Elizabeth II kicked off her Platinum Jubilee celebrations with the military ceremony, and was joined by members of the royal family for that iconic photo on Buckingham Palace’s balcony. All eyes quickly turned to the young Cambridge kids, including Prince Louis, who completely stole the show by wearing dad Prince William’s sailor outfit he wore at the 1985 Trooping the Colour.

Before we take a look at that throwback snapshot, let’s take a moment to fawn over just how cute the Cambridge kids looked during their carriage ride to Buckingham Palace. Prince Louis, who turned 4 years old at the end of April, sat between big brother Prince George, 8, and sister Princess Charlotte, 7. The Cambridge trio sported outfits in shades of blue, likely to compliment their great-grandmother Queen Elizabeth II’s outfit. 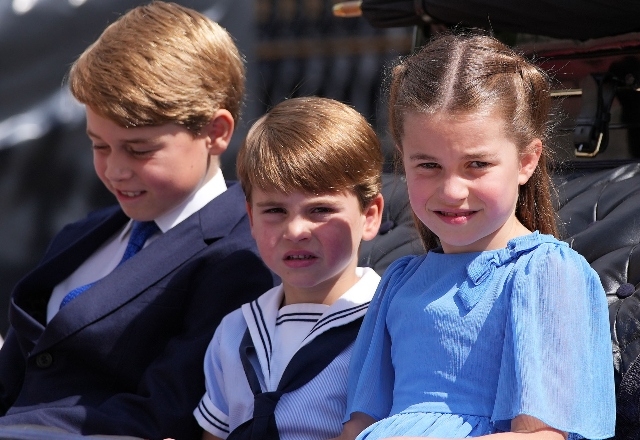 Louis wore a tiny sailor suit in shades of white, light blue, and navy. The 4-year-old looked adorable, and his outfit was absolutely perfect for the occasion. Plus, it had some major significance, too. In fact, more than three decades ago, Prince Louis’ dad Prince William wore this exact outfit to the 1985 Trooping the Colour. 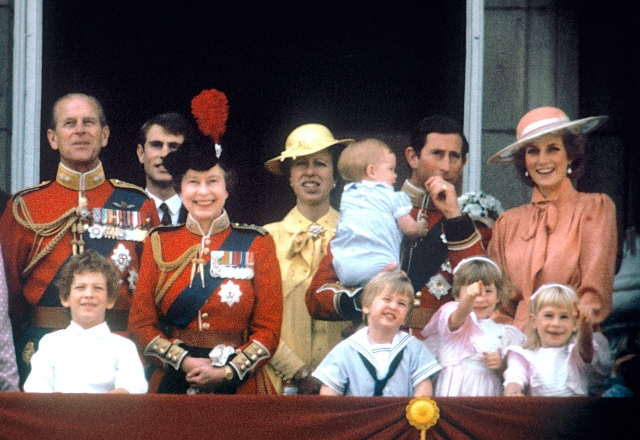 Just take a look at this photo above. You can clearly see a 2-year-old Prince William standing front and center during Trooping the Colour, flanked by other members of the royal family, including mom Princess Diana and dad Prince Charles — the latter of whom held an infant Prince Harry! While we love the pomp and circumstance of events like Trooping the Colour, we just can’t get enough of sweet moments like these that remind us of the bonds between these family members, and the importance of passing on a legacy (and even some fabulous looks).

Before you go, click here to see the best photos of the royal family at Trooping the Colour over the years. 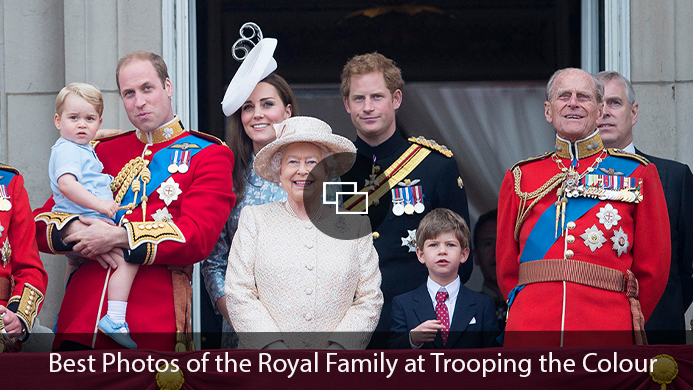