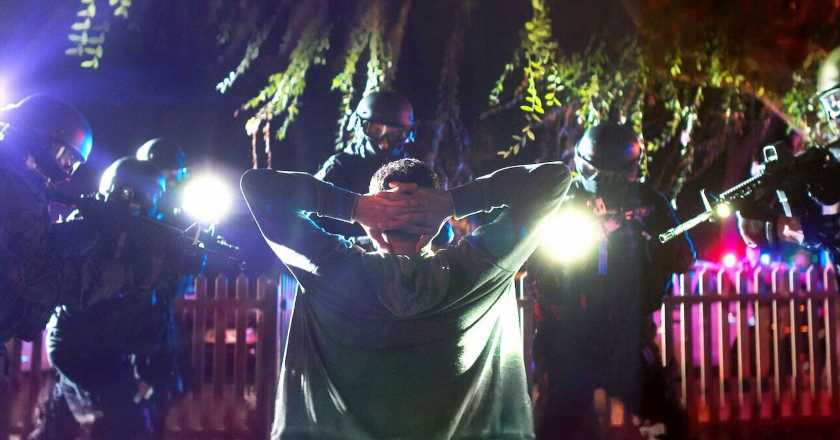 Netflix’s Web Of Make Believe: Death, Lies And The Internet is the latest documentary series looking at cybercrime, deception and misinformation. Here’s everything you need to know about it.

If you’re anything like us, as soon as Netflix announces a new documentary, you’ll excitedly add it to your watchlist almost immediately – and for good reason.

Recently, the streaming platform has given us excellent documentary after excellent documentary. We’ve had the puzzling (and frankly bizarre) events of Bad Vegan, got increasingly disgusted – then angry – at Our Father and were enthralled by the revelations of The Mystery Of Marilyn Monroe: The Unheard Tapes.

Well, now we’ve got another real-life story to get mildly obsessed with and this time it’s all about the warped world of cybercrime. Web Of Make Believe: Death, Lies And The Internet is the new six-part anthology series from director Brian Knappenberger, who is known for other equally insightful films such as The Internet’s Own Boy: The Story Of Aaron Swartz and We Are Legion: The Story Of The Hacktivists.

Together with Luminant Media and Imagine Documentaries, the docuseries will tell the stories of people “caught in the dark and twisted web of modern misinformation and digital deception”, according to the Netflix synopsis.

It promises to be “haunting, bizarre and up-to-the-moment relevant”, as well as “rich with distinctive characters and surprising plotlines, [showing how] reality is distorted when the ordinary American household collides with a chaotic web of misinformation”.

We’re also set to discover some terms and concepts many of us won’t be aware of. For example, the series will dig deep into the consequences of ‘swatting’ – a criminal harassment technique that involves a person deceiving emergency services into sending a police or emergency service response team to another person’s address.

The series will also take “a chilling trip down the rabbit hole of white supremacy, join a Federal hunt for the suspect of a brazen IRS heist and dive into Russian election interference”.

While we all likely use the internet every day, it’s important to be aware of the darker side of it all. Cybercrime, cyberbullying and cyberterrorism are just a few of the frightening ways the internet is abused, so it’s safe to say that this new documentary may just make you rethink the way you use it.

Web Of Make Believe: Death Lies And The Internet comes to Netflix on 15 June.

Netflix’s most important true crime documentaries, from Jeffrey Epstein: Filthy Rich to The Family Next Door

According to Variety, the episodes are going to be just as wild as you expect. One of the episodes, entitled ‘I’m Not A Nazi’, revolves around “a woman who recounts her journey to becoming a mouthpiece for white nationalist hate speech. Her work culminates in high-profile violence and murder.” Meanwhile, another episode entitled ‘Sextortion’, features women “recalling their harrowing experiences with one man’s heinous attempts at virtual blackmail, aimed at obtaining sensitive sexual material”.

And if that wasn’t enough to send a chill down your spine, perhaps the trailer will. In it, we get a sense of what can happen when the virtual very quickly becomes a terrifying reality.

Immediately, we hear from someone embroiled in one of the cybercrimes. He says stoically: “I never really wanted to commit crimes. The crimes were a necessary evil to get around a system I didn’t believe in.”

Five separate – but equally wild – stories will be explored in the series and the trailer heightens our intrigue. From filing tax returns for dead people to death threats for nude pictures, it’s clear that viewers will go on as much of a rollercoaster as the people interviewed in this series. One woman has to ask herself: “Was I the victim or was I also a villain?”

Watch the trailer for yourself here:

Web Of Make Believe: Death, Lies And The Internet will be available to stream on Netflix on 15 June.