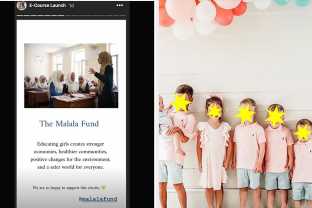 A surfing mom’s controversial parenting lessons are back, and now feature…Malala Yousafzai? 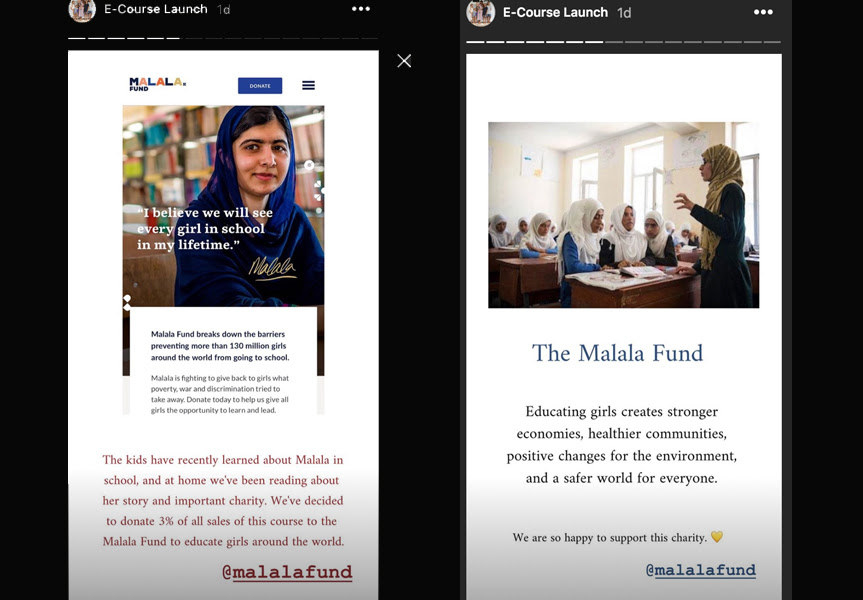 There’s nothing like giving back. It warms the soul, like an apple pie baking in the oven at 375 degrees.

Courtney Adamo, an American mom blogger who’s raising her five children in the idyllic Australian coastal town of Byron Bay, has been so delighted by the success of her “family lifestyle” e-course that she’s decided to give back.

You may recall Adamo. In May, when she first revealed her e-course, I covered some of the skepticism surrounding it. It’s for five weeks and costs customers $250 AUD (around $170 US). Each week offers content from “exclusive images” to “how-to tutorials” to “lessons [Adamo’s] learned.”

The concern that many of her followers raised was this pricey course seemed to offer nothing new — she already talks about a lot of the same content on her blogs and social media for free. In our previous interview, Adamo told me the course would expand upon the ideas she posts on social media “in a more in-depth, supportive and communal way than blogging or social media can offer.”

The first course was so successful that now she’s back for round two. This time, Adamo announced via an Instagram story that she’s donating 3% of earnings from her second e-course offering to the Malala Fund.

But considering that she’s now in the giving-back spirit, let’s break this down. I’m going to attempt some rudimentary math (aka “maths” if you’re nasty and/or actually Australian).

She told me 300 of her fans had immediately bought the course in May. I don’t know how many more people have purchased the e-course since. I do know, however, that her charitable selling point could compel more people to buy it.

Look, I can’t knock anyone’s attempt at altruism and to support a notable cause —the Malala Fund aims to provide safe and free secondary education opportunities to young women in developing countries. But it seems to be an effort on Adamo’s part to sanitize her image a bit — especially after this summer’s Vanity Fair profile that described her home as “Little House on the Trust Fund Prairie,” and detailed that, with a Northwestern degree in tow, she travels the world and takes photos for a living. Adamo’s never publicly responded to the Vanity Fair article, but she told me in our previous interview that her husband works full time and she has worked hard for her success.

Perhaps the sharp, critical lens of the profile had Adamo trying to reclaim her public image and bringing herself back down to earth. And what better way to do that than by being charitable — and for a promotion for a product that some are calling scammy. It’s what traditional celebrities do!

A dash of goodwill plus lots of private profit equals capitalism and good PR. It’s basic and familiar maths.

I’ve reached back out to Adamo to ask if she can share what the total sales of her around $170 e-course are and how many new customers have signed up since the promo was announced — essentially, how much she has donated to the Malala Fund. I’ll update this newsletter if or when I hear back. 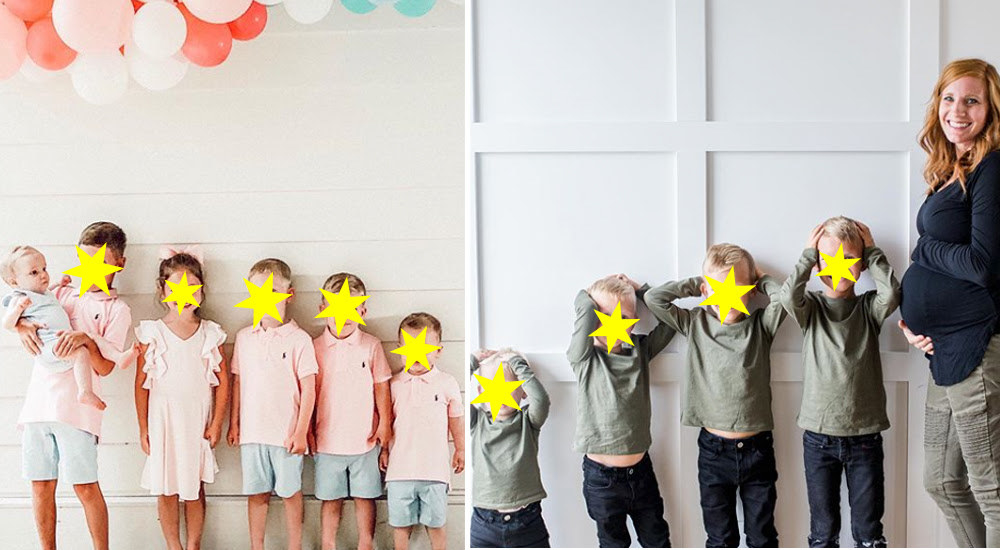 If you follow enough homemaker family bloggers on YouTube, or Instagram, or personal websites (they’re still around!), you know it. It’s kids perfectly lined up in order of ascending height, usually perfectly coordinated, and with fun-loving facial expressions like they’ve just gotten away with, or are about to do, some hijinks.

It’s nothing new — the photo composition has been around since the actual von Trapp family (see below). You might have been in one as a kid. You might have even taken one for your family. 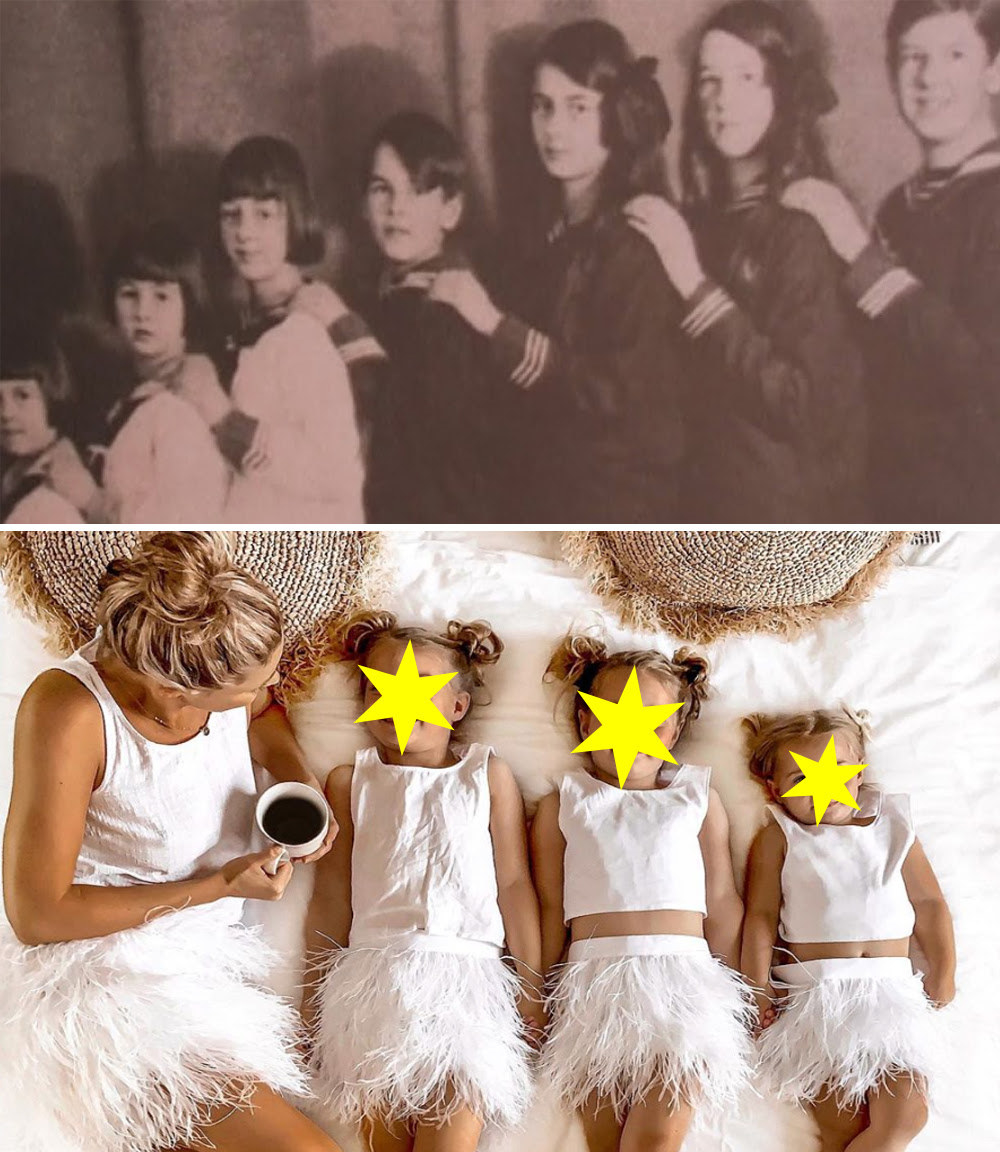 Suddenly, it seems like my recent Explore page is filled with them. A collage of pretty J.Crew children arranged small to big, then big to small. It’s like a full LTE cell signal or wooden bars on a xylophone. It can be aesthetically soothing to scroll through.

Parents who share these photos usually accompany them with some Pioneer Woman–esque captions about how the kids are playin’ as the moms are cookin’ and the chestnuts are roastin’ and life is pleasantly chaotic. 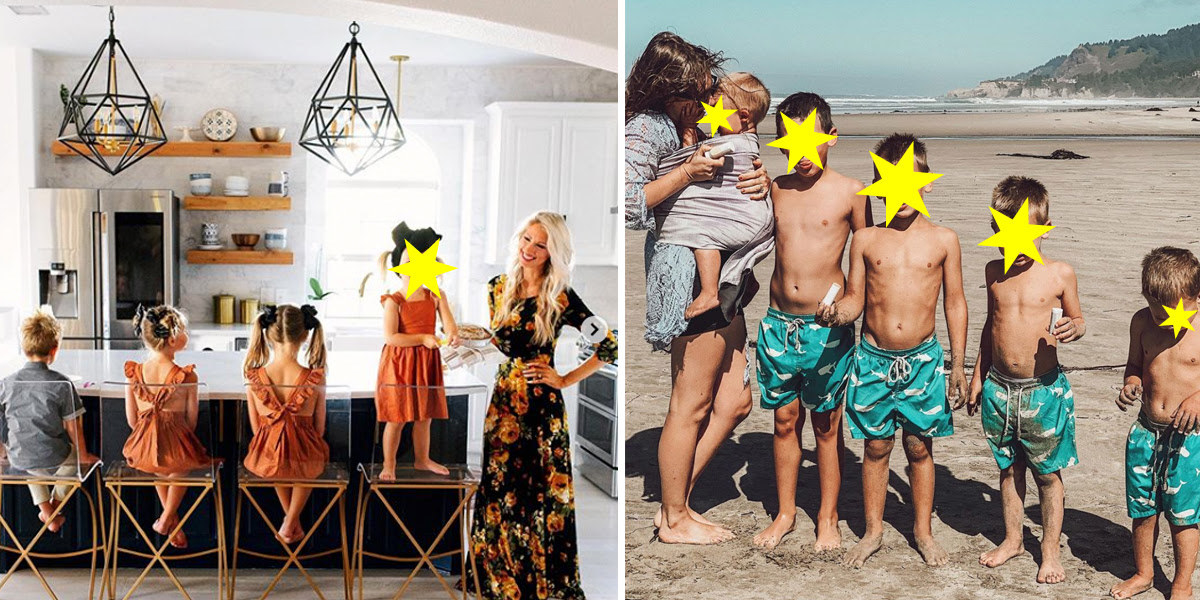 Want more? Here are other stories we were following this week.

An influencer is defending her controversial Instagram post about money that some are calling “privileged.” Alyse Parker wrote that she felt if people merely changed their “mindset” about money, it could improve their financial standing. People wrote her back saying this is simply not true.

Teen girls on TikTok created a hoax that they eat their tampons, and it’s pretty funny. No, this isn’t some weird Goop health advice. It’s actually a hoax started by a teen girl on TikTok and it seems a lot of boys on the app can’t quite work out if it’s true or not.

The “PopSockets queen” says PopSockets stole her idea for a PopSockets koozie. Kimbyr is an influencer who loves PopSockets and has built her entire online brand on her love for them. PopSockets has come out with a product that Kimbyr “hacked” a few years back. The Verge asks, “What does it mean to be an influential fan?”

P.S. If you like this newsletter, help keep our reporting free for all. Support BuzzFeed News by becoming a member here. (Monthly memberships are available worldwide.)