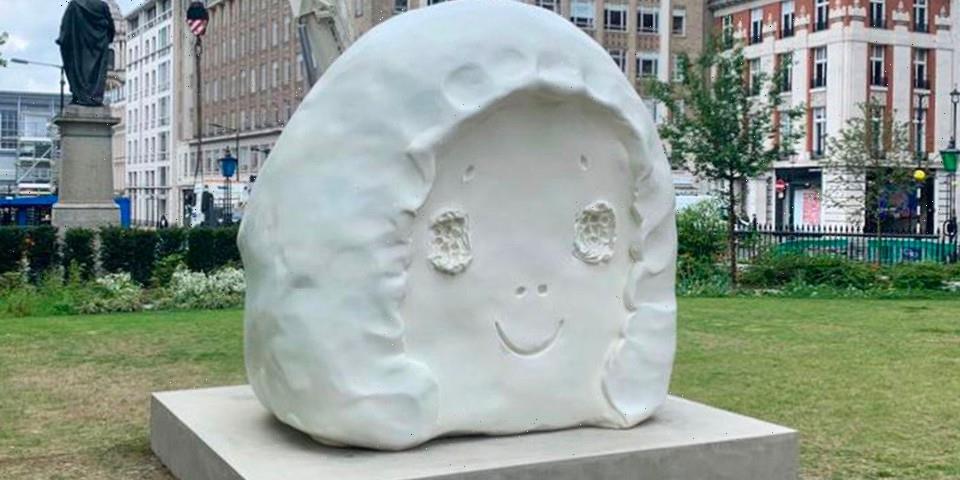 Yoshitomo Nara has unveiled a new sculpture dubbed Peace Head in London’s Hanover Square. Cast in bronze and painted in white, the artwork depicts one of the acclaimed Japanese artist’s ‘big-headed girls’ with a dotted ‘PEACE’ callout on the back.

Since his early days growing up in a small town north of Tokyo, the artist developed his understanding of the world through a fascination with music. “For Nara, finding a newly released or hard-to-find recording was part of the excitement of transgressing such geographical boundaries,” said Yeewan Koon in Phaidon’s latest Nara monograph.

This was during the 1960s in Post-War Japan, in which both the country and the world was in constant fear of nuclear warfare. “Even though fourteen years had passed since the end of war, things were still way behind out in the country,” Nara reflected, adding, “It was probably similar to what it had been like in Tokyo five years after the war…There were remnants of the war all over the place. I had a physical sensation that the entire area was filled with debris and ghosts.”

Like his drawings and paintings, Nara’s sculptures operate on multiple levels. In the former, the artist subverts the implicit cuteness in his art to showcase the complexities of emotion that lie under the surface — from anger to melancholy. In the latter, such as Peace Head and Wicked Looking (2012), the noticeable pressure of Nara’s fingers and the figure’s decrepit eyes are meant to showcase a remedy to a perpetually-conflicted world.

As Russia’s invasion of Ukraine brings back the anxieties of nuclear warfare, Nara’s sculpture serves as friendly but nonetheless chilling reminder to avoid what has come before.