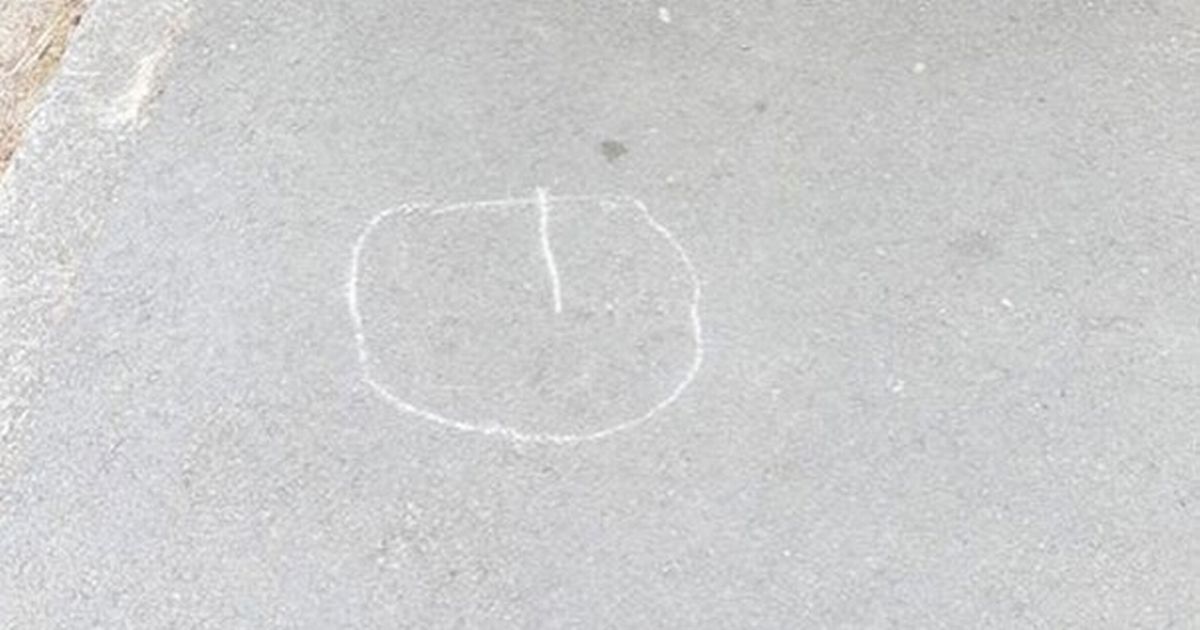 Conspiracy theories predate the internet by quite a way, but social media has definitely added oxygen and fuel to people's paranoia.

So when one female Ramsbottom resident noted strange chalk markings outside her home, she took to the What's On In Ramsbottom page to air her concerns.

What could these strange marks mean? Had anyone else noticed them?

One helpful person told the woman: "I live in Norfolk and we are have [sic] a lot of dog thefts, they leave a mark outside a house that has dogs."

Not only that, but another member of the group had seen "five or so" of the same marks in another part of town, which no doubt ramped up the dread and tension nicely.

Clearly the woman harboured concerns about the markings, because she later updated the group, saying: "The house is alarmed anyway and we have contact with the police just as precaution."

As it turned out, the chalk marks weren't a police matter (though you may have guessed that anyway) – but a parenting one.

Yes, the explanation behind the markings was nothing short of hilarious, with one mum eventually admitting her son was the culprit.

"My son was given chalk in school on the way home he took to drawing bums every twenty yards. Sorry."

She then added: "He's not quite mastered the art of drawing a 'butt' just yet but he's getting there."

Also included was more photographic evidence of her son's handiwork.

Interestingly, rather than calling the police, the woman should have just asked a mum or dad for a second opinion, as someone else added:

"As a parent, I immediately knew this was a butt."

Nothing sinister then, just a little boy with a penchant for bum graffiti.