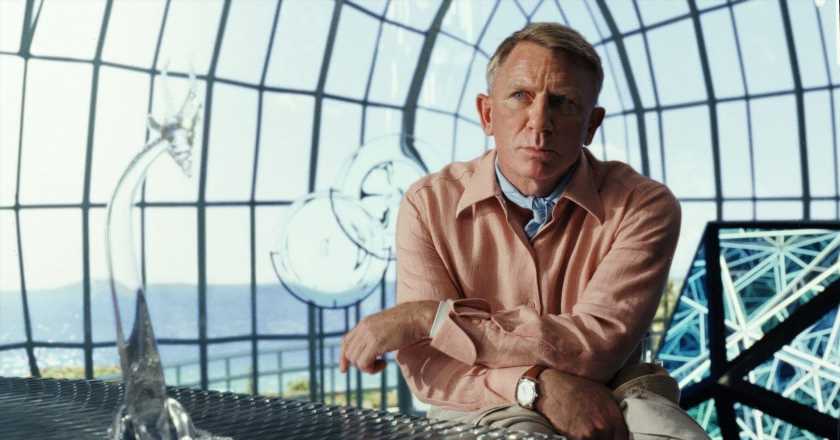 In the hero of Glass Onion: A Knives Out Mystery, we finally have a male detective free from toxic masculinity.

Glass Onion is currently holding Netflix’s number one spot in the UK, following its release on the streaming platform this festive period. It’s the sequel to Knives Out, a whodunnit starring an eclectic cast including Chris Evans, Jamie Lee Curtis, Ana De Armas and Toni Collette. At the centre of both Knives Out and Glass Onion is Benoit Blanc (Daniel Craig), a charismatic detective with a drawling Southern American accent that’s so bad it’s good.

Glass Onion is braver than its predecessor. The satire is more on-the-nose and the mystery less complex, but the metaphors are more poignant, the characters’ camp exaggerated yet underpinned by a dark humour. Above all, director Rian Johnson has done something few directors have managed of late: make a fun film. There isn’t an Oscar-baiting performance in sight, despite such a prestigious cast, nor has Glass Onion gone meta with its analysis of modern wealth and capitalism. Everything is obvious, even the plot, which takes us all for a ride because the viewers (and the film’s characters) are all trying to be too clever.

The film centres around Miles Bron, an egotistical and insufferable tech-bro-billionaire (cough Musk, cough Zuckerberg) who invites his closest friends (whom he refers to as “disruptors”) to a private Greek island for a murder-mystery themed getaway. Joining him are politician Claire Debella (Kathryn Hahn), designer and former supermodel Birdie Jay (Kate Hudson), Twitch streamer and men’s rights activist Duke Cody (Dave Bautista), Duke’s underestimated younger girlfriend Whiskey (Madelyn Cline) and scientist Lionel Toussaint (Leslie Odom Jr). Rounding out the group is Cassandra Brand (Janelle Monáe), who had the original idea for Bron’s company Alpha but was pushed out by him and his lawyers.

Benoit Blanc is ‘accidentally’ invited on this trip, despite not knowing the group personally, to play along with the murder mystery. But all is not what it seems. Or rather, it’s exactly what it seems.

As you’ve probably gathered by now, I’m a fan of Knives Out and Glass Onion. Not just because of the high camp (although that does help), but because of Daniel Craig’s Benoit Blanc. In Glass Onion, we get a short cameo from Hugh Grant, who plays ‘Philip’. Philip lives with Benoit, as we see him open the door to their home. Despite this, some viewers still couldn’t wrap their heads around Benoit’s queerness. And so director Rian Johnson was forced to explicitly confirm, telling Insider: “Yes, he obviously is [gay]. And there’s nobody in the world I can imagine in bringing me more joy for Benoit Blanc to be with [than Hugh Grant].”

As a member of the LGBTQIA+ community, the representation of Benoit’s sexuality is joyous for me to see. The films don’t lead with it, because it’s a part of his identity but not his only identity. It’s not focused on, because in the context of him being a world-class detective, why would it be relevant?

Benoit turns all the outdated detective and spy tropes on their head. It’s a statement to see Daniel Craig go from playing James Bond to Benoit Blanc, two polar opposite characters from similar genres. For all Bond’s machismo and brooding toxicity, Blanc is humble, soft and kind. The main discomfort I’ve felt watching Bond films over the years is how women are treated as disposable, one-dimensional objects; ‘Bond Girls’ are routinely gruesomely murdered for entertainment, whilst being given no real character-development or respect. In a world where men’s violence against women is a leading cause of the premature death for women, where misogyny runs rife and literally kills us, seeing such tropes play out on screen is disappointing. And dangerous. Glass Onion, intentionally, steers clear of these stereotypes.

It’s sad how novel it feels to see a male protagonist treat a female character with respect and humility; the bar is on the floor when it comes to cinematic representation of male-female friendship. Blanc’s platonic relationship with strong female leads (Ana De Armas as Marta in Knives Out and Janelle Monáe’s character in Glass Onion) is a dynamic I’d love to see more of. Women don’t need a romantic interest to be interesting, men don’t need to be violent and angry to be strong, and detective films don’t need to be dull.

Blanc shows you can be the masculine hero, while being queer, fashionable and an ally to women. These traits have never been mutually exclusive.