The third and final season of “His Dark Materials” begins on HBO. And the 2022 People’s Choice Awards air on NBC. 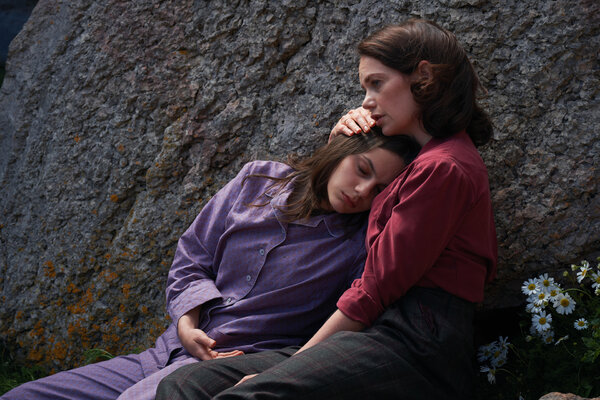 Between network, cable and streaming, the modern television landscape is a vast one. Here are some of the shows, specials and movies coming to TV this week, Dec. 5 -11. Details and times are subject to change.

HIS DARK MATERIALS 9 p.m. on HBO. Following the trilogy structure of the Philip Pullman novels on which it is based, the fantasy series “His Dark Materials” is slated to end after its new, third season, which debuts on Monday. The first season introduced Lyra Belacqua (Dafne Keen), a runaway living in an authoritarian fantasy world who is pulled into a quest that involves multiple realities. The second season ended on the brink of a war. Reviewing the first season for The New York Times, James Poniewozik wrote that the show conjures a spectacle without losing sight of the weightier ideas of the source material. It “has a more rebellious, questioning outlook — adolescent, in a good way — than some other fantasy sagas,” he wrote. “Where the Harry Potter series and ‘The Lord of the Rings’ presumed that the ruling institutions were essentially good, if vulnerable to corruption, ‘His Dark Materials’ suggests that its theocracy is rotten all the way up.”

PEOPLE’S CHOICE AWARDS 9 p.m. on NBC. Kenan Thompson returns for a second consecutive year to host the People’s Choice Awards. The show casts a large net, handing out prizes in movies, TV, music and general pop-culture categories. It’s a looser affair than the Oscars, Grammys or Emmys: “Social celebrity of 2022” is one honor here, and nominees for the top movies category include “Jurassic World Dominion,” which you’re probably unlikely to find in the running for best picture at the Academy Awards.

CASABLANCA (1942) 10:15 p.m. on TCM. The perennial best-of-list classic “Casablanca” premiered in New York on Nov. 26, 1942, but decades later, its story of wartime love and displacement still has plenty to say. New Yorkers can pair an 80th-anniversary viewing with a trip to the Neue Galerie in Manhattan, where a showcase of memorabilia spotlights the Central European exiles who made the movie.