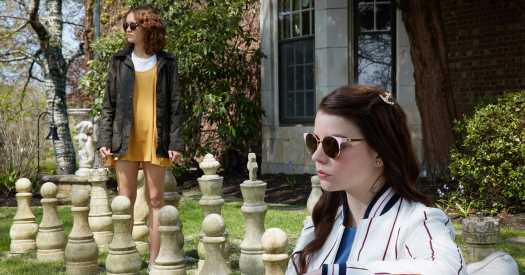 THOROUGHBREDS (2018) 8:25 p.m. on HBO. “You ever think about just killing him?” That question is tossed out by Amanda (Olivia Cooke), an emotionally stunted high school student, in reference to her friend Lily’s stepfather in this debut from the writer-director Cory Finley. “How … would you?” Lily (Anya Taylor-Joy) replies, in a muted manner. Amanda and Lily are a pair of erstwhile friends brought back together by circumstance: The studious Lily is enlisted to tutor Amanda, whose troubled nature is bared at the beginning of the movie, when she kills her injured horse with a knife. This film is about their friendship, and their increasingly inability to reign in their darker sides. Though direct summation is difficult: “For all the chatter and intrigue,” Manohla Dargis wrote in her review for The New York Times, Finley “never settles on a point or theme.” But, she wrote, the director “gives the movie a professional sheen and gets fine performances from his actors.”

STAR WARS: EPISODE V — THE EMPIRE STRIKES BACK (1980) 5:15 p.m. on TNT. When this “Star Wars” sequel first hit theaters, Vincent Canby referred to it, in a review for The Times, as “the second film in a projected series that may last longer than the civilization that produced it.” Time has yet to quell that possibility — though this may be the finest installment in the series, routinely topping lists that rank the “Star Wars” movies. It is the entry that introduced Luke Skywalker (Mark Hamill) to Yoda. It froze Han Solo (Harrison Ford) in carbonite and had the famous “I love you”/"I know” exchange between him and Princess Leia (Carrie Fisher). It also strikes a darker tone than its predecessor, STAR WARS: EPISODE IV — A NEW HOPE (1977), which airs on TNT directly before, at 2:30 p.m. STAR WARS: EPISODE VI — RETURN OF THE JEDI (1983) comes after, at 8 p.m. 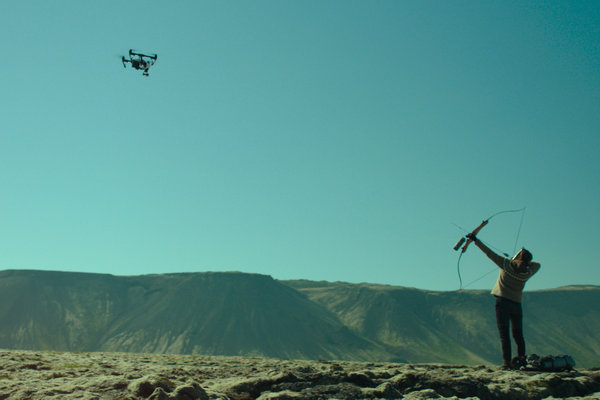 WOMAN AT WAR (2019) Stream on Hulu; Rent on Amazon, Google Play, iTunes, Vudu and YouTube. A one-woman Monkey Wrench Gang, Halla (Halldora Geirharosdottir) is a middle-aged Icelander who, when not engaged in her profession as a choir director, likes to spend her time sabotaging environmentally-unfriendly construction projects outside Reykjavik. She is the anchor of this drama from the Icelandic filmmaker Benedikt Erlingsson. The movie follows her during a crucial period in her life as an activist and person, when she is after many years approved to adopt a child.

HER SMELL (2019) Rent on Amazon, Google Play, iTunes, Vudu and YouTube. The Times’s chief movie critics named this latest feature from the writer-director Alex Ross Perry as one of the best films of 2019 so far. Elisabeth Moss personifies 1990s grunge as Becky Something, the front woman of a punk band. The result, A.O. Scott wrote in his review for The Times, is “a train wreck in five acts” that explores the question of whether one can separate an artist from their art.