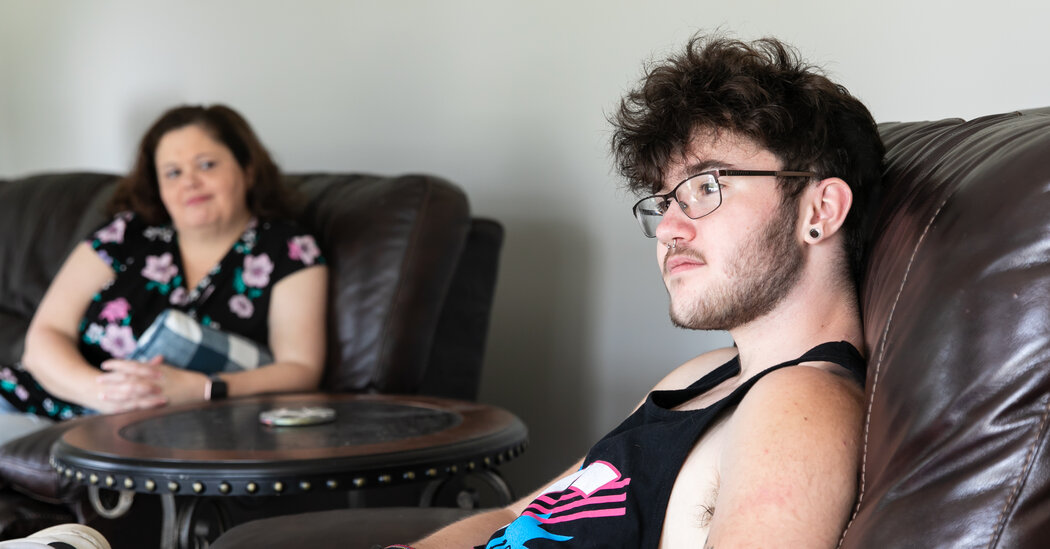 When Sebastian Liafsha came out as transgender in middle school, his mother, Heather, jumped into research mode.

Ms. Liafsha, a registered nurse in Lexington, S.C., put together a three-inch-thick binder packed with printouts of various laws, medical guidelines, pharmaceutical records and more. It was there that she would record the dates and details of Sebastian’s puberty blocker injections every three months for two and a half years, starting at age 14.

As a child who had never truly understood himself to be a girl, female puberty felt like an obstacle on Mr. Liafsha’s journey to manhood.

For Mr. Liafsha, now 19, puberty blockers not only paused the development of unwanted secondary sexual characteristics like breasts and a menstrual cycle, they gave him and his family time to continue his social transition (the process of presenting and living as the desired gender) and prepare for any future medical interventions.

“Before he started his transition, there were just a few months where puberty hit him, and he was off the wall,” Ms. Liafsha recalled. “He became really depressed.”

Puberty blockers helped to increase Sebastian’s confidence and happiness as an adolescent, which Ms. Liafsha likes to illustrate by pointing to her son’s life in the theater. In middle school, she said, he had always hidden in the ensemble, but by 10th grade — after two years on puberty blockers — he had flourished into a leading man.

Lately, puberty blockers have become a subject of debate in state legislatures, as lawmakers across the country introduce bills to limit health care options for transgender youth. Legislators in Arkansas already passed such a law, although Gov. Asa Hutchinson vetoed it last month. Arkansas conservatives argued that “the risks of gender transition procedures far outweigh any benefit at this stage of clinical study on these procedures.” But medical experts say that’s not the case.

Among the significant benefits of puberty blockers are a reduction in suicidal tendencies, which are often high in transgender adolescents, and a reduced need for expensive gender-affirming operations as adults. But while puberty blockers are commonly referred to as “fully reversible,” more research is needed to fully understand the impact they may have on certain patients’ fertility. There is also little known about the drugs’ lasting effects on brain development and bone mineral density.

Transgender youth have been the focus of new laws in states including Mississippi and Idaho, and pending in many others, designed to restrict their participation in sports — but this debate is largely separate from the discussion of puberty blockers.

Because the use of puberty blockers in transgender kids is still relatively new, the information is developing.

Here is a roundup of what experts know so far.

What are puberty blockers?

Puberty blockers are medications that suppress puberty by halting the production of estrogen or testosterone. They can stop transgender kids from experiencing the effects of puberty that may not align with their gender identities. Medically, the class of medications are called gonadotropin-releasing hormone agonists, or GnRH agonists. They are approved by the Food and Drug Administration to treat precocious puberty — puberty occurring at an unusually early age — so when they are prescribed to treat transgender youth, it’s considered an off-label use.

“Off-label,” the American Academy of Pediatrics noted in a 2014 statement, “does not imply an improper, illegal, contraindicated or investigational use” — it merely refers to the process of F.D.A. approval. 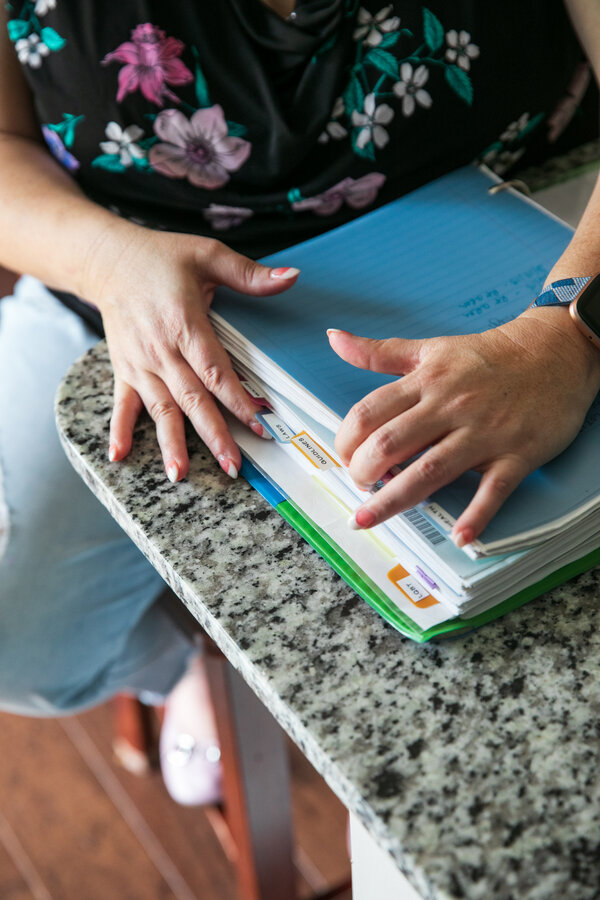 The medications may be given as shots in a doctor’s office every one, three or six months, or as an implant which lasts for about a year. Dr. Jessica Kremen, a pediatric endocrinologist for Boston Children’s Hospital’s Gender Multispecialty Service, noted that patients and families may prefer the convenience of the implants or six-month shots.

“It depends a lot on what is obtainable through a patient’s insurance,” Dr. Kremen said. Insurance companies are reluctant to cover off-label drug treatments, and implants can run up to approximately $45,000 per implant out of pocket, while shots cost can cost thousands of dollars per dose.

“That often determines which form we ended up using,” Dr. Kremen said. “But they all work well, as long as you administer them on time.”

How do they work?

Typically, in puberty, gonadotropin-releasing hormone helps to produce follicle-stimulating hormone (FSH) and luteinizing hormone (L.H.). In people assigned female at birth, these hormones prompt the ovaries to make estrogen, which promotes processes like breast growth and menstruation. In people assigned male at birth, they prompt the testes to make testosterone, which promotes processes like facial hair growth and a deepening of the voice.

Puberty blockers do not stop an early stage in sexual maturation called adrenarche, which can cause acne, the growth of underarm and pubic hair and body odor.

Who can get puberty blockers?

Although parents might think they should start puberty blockers very young, so that a child never has to experience any physical changes associated with the unwanted gender, experts say it’s better to wait at least until the early stages of puberty have started. Dr. Stephen Rosenthal, medical director of the child and adolescent gender center for U.C.S.F. Benioff Children’s Hospitals, was a co-author of the Endocrine Society’s 2017 guidelines for transgender health care. He recommended starting puberty blockers when breast budding or the enlargement of the testes has begun, at the earliest.

That’s because Dr. Rosenthal does not recommend puberty blockers for prolonged use outside of the normal window of puberty. They restrict the functioning of the gonads, which may lead to adverse health effects. The longer blockers are used past the typical start of puberty — generally age 14, at the latest — the greater the possible risk.

When blockers are initiated in the early stages of puberty, Dr. Rosenthal typically suggests that his patients stop using them by age 14. At that point, patients, with their families and their doctors, can determine whether to introduce hormones that help them develop according to their gender identity or resume puberty in the gender assigned at birth.

Dr. Rosenthal further recommended that before starting blockers, children be evaluated by a mental health professional and determined to have gender dysphoria. He said families should also undergo a thorough process of informed consent, during which they are educated about the potential effects of blocking puberty — including adverse ones.

The World Professional Association for Transgender Health’s guidelines for medical care suggest that “before any physical interventions are considered for adolescents, extensive exploration of psychological, family and social issues should be undertaken.” Professionals emphasized mental health care as an integral part of the process.

What are the benefits?

Because puberty blockers halt the development of secondary sexual characteristics, transgender adolescents who take them before gender-affirming hormones may also be able to avoid future gender-affirming procedures. For instance, transgender men who don’t develop breasts wouldn’t have reason to have mastectomies, while transgender women who don’t develop masculine facial features might no longer choose to have facial feminization surgery.

What are the risks?

Puberty blockers are largely considered safe for short-term use in transgender adolescents, with known side effects including hot flashes, fatigue and mood swings. But doctors do not yet know how the drugs could affect factors like bone mineral density, brain development and fertility in transgender patients.

The impact of puberty blockers on brain development is similarly hazy. The Endocrine Society guidelines point to two studies: A small one published in 2015 showed that the drugs did not seem to impact executive functioning (cognitive processes including self-control and working memory), while a 2017 study of rams treated with GnRH agonists suggested chronic use could harm long-term spatial memory. (Of course, rams are not humans.)

The effects of puberty blockers are often referred to as “fully reversible,” including in both the Endocrine Society and WPATH guidelines, because of evidence showing that girls treated for precocious puberty were still able to undergo normal puberty and have children later in life.

While much of the data gleaned from precocious puberty treatments are applicable to transgender patients, Dr. Kremen said, “you’re asking a different question for precocious puberty than you are for a transgender child” when it comes to fertility. Halting puberty at its onset and then later starting gender-affirming hormones — a typical course for some transgender adolescents — may affect the ability to have children, she said. The Endocrine Society advises clinicians to counsel patients on “options for fertility preservation prior to initiating puberty suppression in adolescents.”

It is also worth noting that Lupron, one of the drugs widely used as a puberty blocker, has been reported to have long-term adverse effects in women who used it to treat precocious puberty. Women have reported issues including depression, bone thinning and chronic pain.

Puberty blockers may also impact future gender-affirming surgeries for transgender women. A recent study showed that transgender women who began puberty blockers at the start of puberty were 84 times more likely to require abdominal surgery if they wanted to pursue gender-affirming surgery. Because tissue from the penis and testes is used to construct a neovagina, and puberty blockers prevent the growth of those organs, material from the colon or omentum may need to be used.

An in-depth conversation detailing puberty blocker treatment and all its potential effects is an essential part of any transgender adolescent’s care. Specialists are eager for more research, but for now, they say the apparent benefits outweigh the hypothetical risks.

“Medications are rarely without side effects,” Dr. Kremen said. “That is usually not enough of a reason to allow a child, who is telling you that they’re extremely distressed by the pubertal changes that they’re seeing, to continue going through puberty.”

“Knowing what we do know, these medications have enormous benefits for the population that we care for,” she added.