The Metropolitan Opera hopes to reopen in September after its long pandemic closure, but simmering labor tensions have called that date into question. 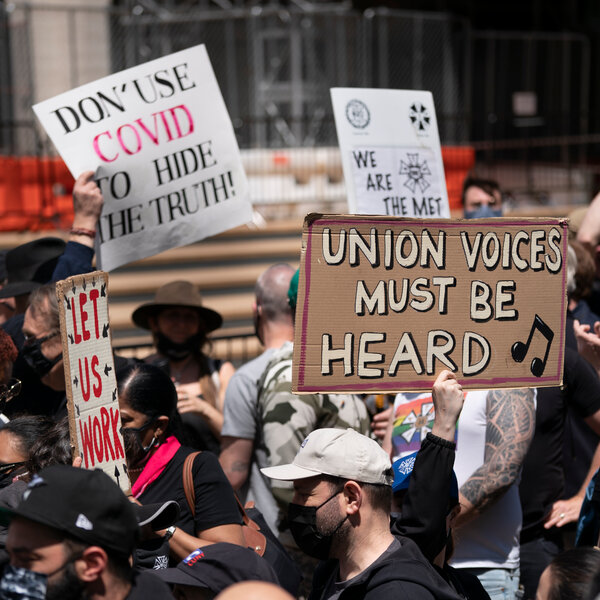 By Julia Jacobs and Matt Stevens

As New York prepares for the long-awaited reopening of its performing arts sector, with several Broadway shows putting tickets on sale for the fall, it is still unclear whether the Metropolitan Opera will be able to reach the labor agreements it needs to bring up its heavy golden curtain for the gala opening night it hopes to hold in September.

There have been contrasting scenes playing out at the opera house in recent days.

On the hopeful side, the Met is preparing for two concerts in Queens on Sunday — the company’s first live, in-person performances featuring members of its orchestra and chorus and its music director, Yannick Nézet-Séguin, since the start of the pandemic. And it recently reached a deal on a new contract with the union that represents its chorus, soloists, dancers and stage managers, among others.

But the serious tensions that remain with the company’s other unions were put on vivid display outside Lincoln Center on Thursday, as hundreds of union members rallied in opposition to the Met’s lockout of its stagehands and management’s demands for deep and lasting pay cuts it says are needed to survive the pandemic. The workers’ message was clear: their labor makes the Met what it is, and without them, the opera can’t reopen. 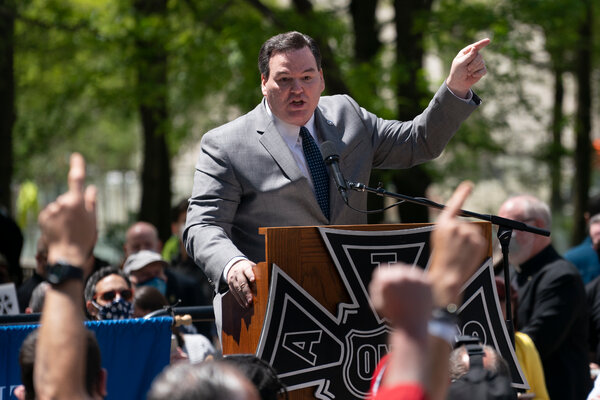 “That’s not the Met Opera,” said James J. Claffey Jr., president of Local One of the International Alliance of Theatrical Stage Employees, which represents Met stagehands, pointing over to the opera house. “The greatest stage, the largest stage — it’s empty. It’s nothing without the people that are right in front of me right now.”

Masked stagehands, musicians, ticket sellers, wardrobe workers and scenic artists packed the designated rally space, greeting each other with elbow bumps after more than a year of separation. They wore union T-shirts and carried signs with messages like, “We Paint the Met” and “We Dress the Met.” The same chant — “We are the Met!” — was repeated over and over throughout the rally.

The protest made clear the significant labor challenges that the Met must overcome to successfully return in the fall.