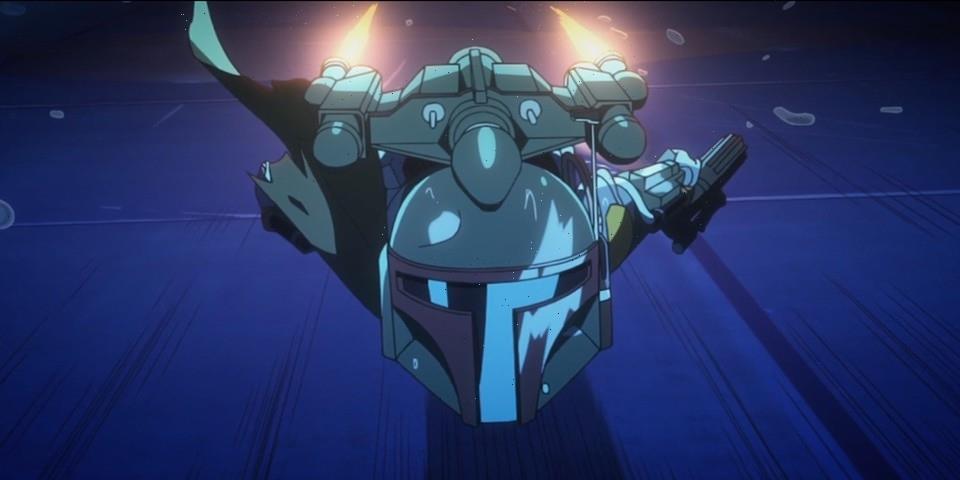 During Anime Expo Lite this past weekend, LucasFilm pulled back the curtain on the Star Wars: Visions series, revealing nine unique Star Wars shorts made by seven leading Japanese anime studios as seen below:

Featured on the list is Production IG, the studio responsible for Kill Bill‘s anime sequence and Ghost in the Shell. Geno Studio’s Yuuki Igarashi who will direct the short Lop and Ochō was the animation director for the recent breakout series JuJutsu Kaisen. Keep your ears open, as the sound designer for Astro Boy will lend his talents to Akakiri.

In the development of the series, LucasFilm allowed the creators to tell the stories they wanted to tell without needing to tie into the larger Star Wars chronology. The idea is for the studios to conceptualize a vision based on elements of the Star Wars galaxy that inspire them to create a novel anthology series unlike anything seen before.

During the panel, it was revealed that all of the Visions creators are hardcore Star Wars fans which made it easier for them to jump into the universe. The Star Wars producers also admitted that anime and Japanese culture has had a big influence on LucasFilm since the beginning. “I think it’s really interesting to see how the East and West influence each other, and there’s a cycle of creativity that goes back and forth,” co-executive producer Justin Leach said.

For fans who are unsure how to feel about this project, series executive producer James Waugh had this to say during the expo: “These things go together like peanut butter and chocolate, so hopefully they love this combination as much as everybody on this panel does.”

Star Wars: Visions will launch on Disney+ on September 22. Head over to the Star Wars website to learn more.

In other news, Hideo Kojima signs a letter of intent with Xbox.
Source: Read Full Article