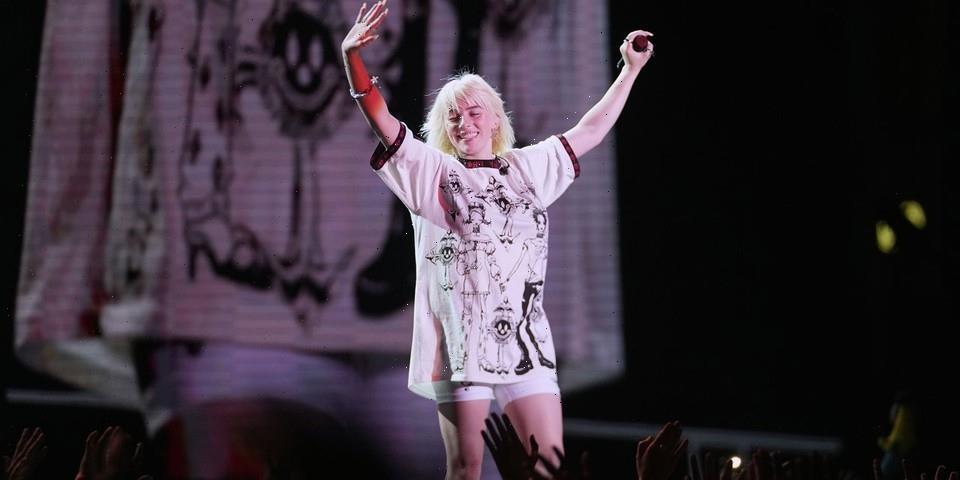 Billie Eilish made a triumphant return to the arena stage at this weekend’s iHeartRadio Music Festival in Las Vegas, Nevada, featuring a full set of old and new music. The arena performance was also her first since her Where Do We Go? World Tour was halted due to the COVID-19 pandemic.

With brother Finneas accompanying her, Eilish encouraged the crowd to let loose and have a good time. “I didn’t wait a year and a half to watch this in a crowd,” said Eilish. “Let’s have fun and dance and jump around.” The set included “Bury a Friend,” “Bad Guy,” “Oxycontin,” “Happier Than Ever” and “My Future.”

Eilish is slated to begin her North American Tour in support of her sophomore album, Happier Than Ever, in February of next year. Earlier this month, the Grammy-Award-winning artist dropped her Disney+ concert film Happier Than Ever: A Love Letter to Los Angeles. Set at the Hollywood Bowl, the concert film was Eilish’s first and only time performing every track from her sophomore album in sequential order.

Check out Eilish’s performance at the iHeartRadio Music Festival above.