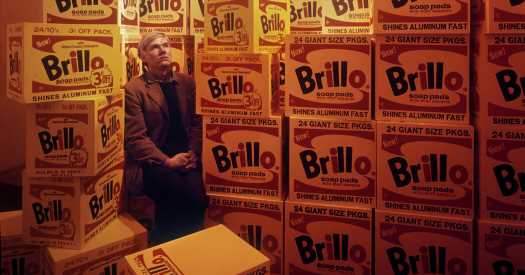 A few years back, a bevy of art critics declared that Marcel Duchamp’s 1917 sculpture called “Fountain” — a store-bought urinal he had presented, unchanged, as art — was the most influential work of the 20th century. Andy Warhol’s 1964 Brillo Boxes — copies of scouring-pad cartons presented as art — could easily have come a close second. The philosopher Arthur Danto built an illustrious career, and a whole school of thought, around the importance of those boxes to understanding the very nature of artworks.

Last month, three federal appellate judges in Manhattan decided they knew more about art than any old critic or philosopher: Whether they quite meant to or not, their ruling had the effect of declaring that the landmark inventions of Duchamp and Warhol — the “appropriation” they practiced, to use the term of art — were not worthy of the legal protection that other creativity is given under copyright law. 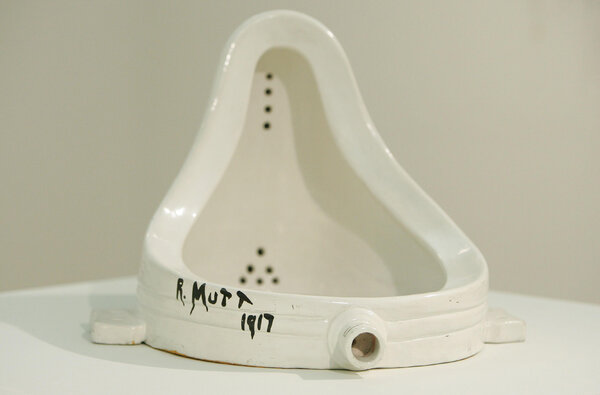 The case they were considering arose in 2016 when, after the death of the pop star Prince, the Andy Warhol Foundation for the Visual Arts licensed a 1984 Warhol silk-screen of the musician for use in a magazine’s commemoration. When the photographer Lynn Goldsmith recognized that the Warhol image was based on a photo she had taken in 1981, she asserted that the foundation had infringed on her copyright.

Back in 2019, a trial court decided that Warhol’s use of Goldsmith’s photo was within the bounds of what copyright law calls “fair use.”

“Fair use” is supposed to set guidelines for when one creator is free to borrow from another, without permission or payment. It’s meant to ensure that the same copyright law that protects one artist’s creation doesn’t utterly stymie “the ability of authors, artists, and the rest of us to express them- or ourselves by referencing the works of others,” as the same appeals court in Manhattan once said, in a decision that allowed the fine artist Jeff Koons to appropriate a fashion photo into one of his painting.

Many creative products need to cite other works. Imagine a critic who wants to quote a poem to show how bad it is, or a cartoonist copying a Warhol to make fun of it. Courts have found that this kind of copying is allowed if, among other things, the original work is transformed enough in the process. In other words, even if that cartoon looked quite a lot like the Warhol (it might need to, to work) so long as its goals and functions were quite different from the original, the “transformation” involved would absolve it of copyright infringement.

The court’s blessing as “transformative” is not necessary when an artist manages to get permission to use an image by someone else.

In the Goldsmith case, the original trial court found that in the process of going from her black-and-white photo to Warhol’s colorful silk-screen, the image of Prince had been so transformed that Warhol’s use should count as “fair.”

But the appeals court last month disagreed, ruling that Warhol’s reuse of the Goldsmith had not, in fact, been transformative enough. Any re-user’s work, said the appellate judges, “must reasonably be perceived as embodying an entirely distinct artistic purpose, one that conveys a ‘new meaning or message’ ” — the judges are quoting from an earlier Supreme Court decision — “entirely separate from its source material.”

Fair enough. That’s just what happened when Warhol remade the Brillo company’s boxes: Once presented as art, in a gallery, they certainly had a new purpose and conveyed a new meaning and message compared to identical-looking boxes in a supermarket stockroom.

But then the appeals court sped in the wrong direction, insisting that for reuse to be “fair,” the transformation can’t be so minor that the re-user’s work “remains both recognizably deriving from, and retaining the essential elements of, its source material.” The judges went so far as to hold up collage — “works of art that draw from numerous sources” — as the norm for artistic transformation worthy of the name. Whereas Warhol’s Prince silk-screen, they said, “retains the essential elements of the Goldsmith Photograph without significantly adding to or altering those elements.”

But, in fact, to do truly original artistic work, the reuse often needs to stay very close to its source. Many great modern artists not only don’t “draw from numerous sources” in copying from others, they don’t make any kind of aesthetic change at all to the single image they are copying from.

If Warhol had introduced all sorts of fussy new aesthetics into his boxes, to make them look less like the Brillo originals — if he’d collaged-in some bits of labels from Ivory Soap and Rice Krispies — they would have failed to signify as shockingly important, transformative art. The sameness, the act of “retaining the essential elements” of an extant image, is Warhol’s entire m.o. as one of the most important of all modern artists.

His Campbell’s Soup paintings did not significantly change the company’s soup labels, except for some enlargement; his Marilyn silk-screens did not add a whole lot to 20th Century Fox’s black-and-white headshot of Marilyn Monroe, beyond sometimes adding crude color; ditto for his copies of the Mona Lisa.

The funny thing is that this very same appeals court once came to the aid of one of Warhol’s most faithful disciples, Richard Prince, when he reused shots of Rastafarians that had originally been taken by the photographer Patrick Cariou. In 2013, in a case not that different from this one, the appeals court overturned a lower-court ruling that had denied Prince’s fair-use defense. The appeals court declared that, in 25 out of 30 images —- for instance, where he stuck the head of a dreadlocked Rastafarian onto a picture of another man’s nude body — Prince so transformed the Carious that their copyright was not infringed.

The court was right to come down on Prince’s side, but, to my mind, the decision applied to the wrong batch of Princes: It was the five pictures that didn’t seem quite transformative enough — that left the Carious too much alone — that were actually the works most worth protecting.

That’s because the five works were experimenting with the straight appropriation that Warhol had come up with in the 1960s, and pushing it toward the more expressive, personal styles that have ruled in painting since the 1980s. They couldn’t have done that unless their borrowings from Cariou had been left fairly intact, and identifiable — you might say that by not changing Cariou’s images, they transformed Cariou’s art. His “straight” photography got turned into a jumping-off point for Warholian play.

As transformed by Prince, the five original Carious stop being documentation of Rastas, or even “photographs” per se, but become tokens in a game of “spot the art” that Duchamp’s urinal launched way back in the teens of last century. Prince is underlining how images live in different cultural pigeonholes — for instance as “illustration,” “documentation,” or “fine art” — and showing how appropriation can unsettle us by moving them from one pigeonhole into another.

So in the piece called “Graduation,” one of the five the court decided were not transformative enough in 2013, when Prince takes an electric guitar from some other source and sticks it into the hands of one of Cariou’s Rastafarians, he’s not really saying much about Rastafarians or rock music or guitars. He is saying something about the power that artists have had, since Warhol, to mix and match imagery across cultural boundaries.

Whereas in the 25 works the court embraced as transformative — where Prince fussed a lot with the look of Cariou’s photos — the original images are just raw material for a collage-y result that took off in a completely different direction, aesthetically, but that therefore ended up being a perfectly old-hat, trivial gesture as far as larger art issues are concerned. Frankly, collaging a Rasta head onto a nude is the kind of thing you might see in a high-school art class. The “transformation” that Prince brought about in those works did not result in any novel creativity worthy of the name.

The concept of “transformation” has been driving lawyers and judges crazy since the Supreme Court first introduced it in a 1993 case. It turns out that it’s wildly difficult to figure out when and how function and meaning and message get changed in a culture — which, as far as art is concerned, is just how things should be. Art is all about finding new ways to worry away at precisely such issues. The hitch comes in imagining that courts could ever try to make hard and fast rules about them.

After puzzling through all the options with me, Christopher Sprigman, a lawyer and professor who teaches intellectual property at New York University, just about threw up his hands: Copyright law, he said, “is often very smart but it’s not very deep — and art is just the opposite. When the two things collide, you get problems.”

In current law, Sprigman said, just about all fair-use decisions, or at least all the tricky ones, inevitably involve some kind of “aesthetic theory” — the kind of “theory” that has a court deciding that collage is the way for artists to go. And aesthetic theory is not, to say the least, where judges have the most expertise. People like to quote the words of the great Supreme Court Justice Oliver Wendell Holmes: “It would be a dangerous undertaking for persons trained only to the law to constitute themselves final judges of the worth of pictorial illustrations.”

But Sprigman says that, as things stand, they have no choice.

And if judges have no choice but to consider aesthetics — why one work deserves the right to riff on another, for the sake of our whole culture’s creative life — then they have no choice but to consider which art has mattered most in the past. If, back in the 1960s, a copyright decision had meant that Warhol never got to make his Marilyns — if a court had insisted he collage her face with Kim Novak’s — we’d all be the poorer today. His artistic heirs need to be able to use the appropriation he pioneered and take it to new places, the way the Impressionists took off from the brushwork pioneered by Titian.

There’s a lot that judges can do with the stroke of a pen, but rewriting art history isn’t one of them. They’re stuck with appropriation as one of the great artistic innovations of the modern era. Their job is to make sure the law recognizes that.

Blake Gopnik is the author of Warhol, a comprehensive biography of the Pop artist. He is a regular contributor to The New York Times.