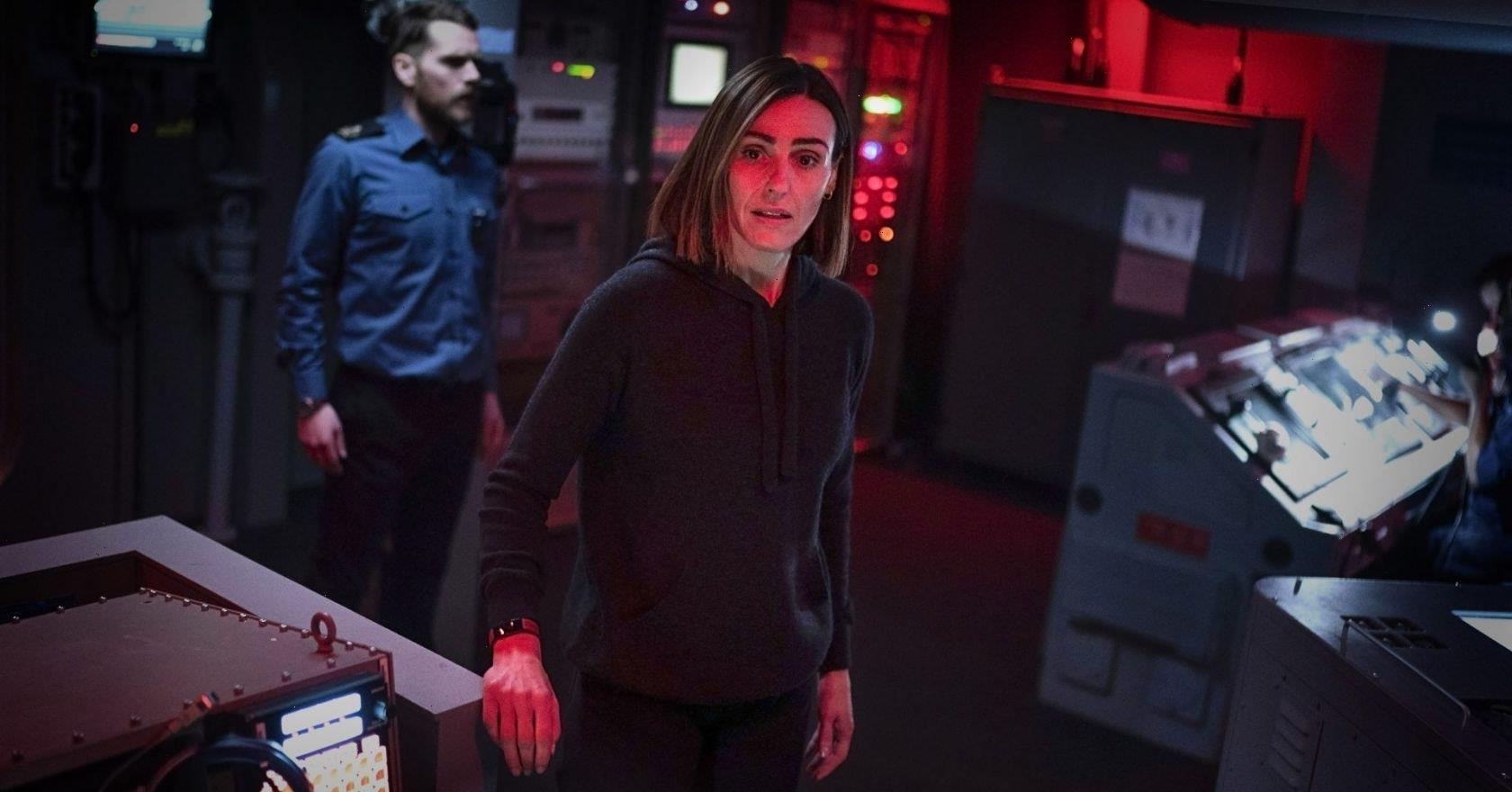 Warning: this article contains spoilers for episode four of BBC One’s Vigil, so do not read on unless you are fully up to date with the crime thriller…

BBC One’s Vigil has really upped the ante this week, hasn’t it? Because episode four dished up lashings of Russian spies, coded messages, another murder most foul, and a masked man attacking our beloved DCI Amy Silva (Suranne Jones). Phew.

We went into this series thinking our biggest problem was figuring out who murdered Craig Burke (Martin Compston) – and why. When DS Kirsten Longacre (Rose Leslie) brings down Peter Ingles (Sam Redford) on solid ground, however, it quickly became apparent that this was most likely the same guy that a) attacked Kirsten in order to get his mitts on Burke’s memory stick, and b) killed off Burke’s protestor girlfriend, Jade (Lauren Lyle).

Peter, as it turned out, is actually Pietr, a GRU intelligence officer – that’s “Russian spy,” to the likes of you and me – with full diplomatic immunity. That plummy British accent? Fake. And all those fishing photos on his blog? Why, they’re secret coded messages from all around the world, obviously – the most recent of which was received on 30 August, the day before HMS Vigil went out on patrol.

Vigil episode 3 recap: we finally know the twisted truth about Glover – but what now?

Kirsten, MI5 officers and the Royal Navy quickly conclude that this most likely means that there is a Russian asset aboard the submarine. And, when they decode the messages, they realise that whoever that asset/spy is has been given the plans to the sub’s atmosphere management plant – which, Google informs me, is how the crew controls the concentration of oxygen, carbon monoxide, carbon dioxide, and hydrogen.

Essentially, if the spy manages to meddle with all of that, it will prove incredibly dangerous for everyone aboard Vigil. In fact, it’s almost certain that they’d all perish. So, yeah, you better believe that the Navy decides to call Vigil back to port immediately.

Unfortunately for the Navy – albeit most fortunately for the Russian spy – HMS Vigil’s communications systems have been mysteriously damaged, which means that the message doesn’t get through. The sub remains in the murky depths of the ocean, with everyone aboard entirely unaware of the peril they face.

Considering the episode ends with Amy stumbling across another dead body and being attacked by a mysterious foe, then, it’s fair to assume that everything’s about to kick off in a very big way.

It’s safe to say, then, that Vigil has left us with a lot of questions. Let’s do our best to unravel them all, shall we?

Who is the Russian spy?

Look, we know what we’re supposed to think: it’s Glover(Shaun Evans), right? After all, he’s the man with the mysterious dragon tattoo. He’s the one who Burke was apparently blackmailing. And he was the one who we saw reacting in horror when Jackie Hamilton (Anita Vettesse) was ordered to meet with Captain Newsome (Paterson Joseph) and Amy for questioning.

Now, we know that he turned on his heel the very moment he heard Jackie’s name over the comms. Does this mean, though, that he rushed off to murder her before she could talk, stash her body, don a mask, and lie in wait for Amy?

Well, quite possibly. Then again, there are a few others aboard that could be Russian spies in disguise. For example, Simon Hadlow (Connor Swindells) may have alerted Newsome to the tampered-with locks, but he’s seemed shady and aloof since day one. Amy might have reason to trust Mark Prentice (Adam James) now, but… well, he did make his way onto Vigil via the means of extreme nepotism – which feels pretty suspicious, given what we now know about the diplomatic immunity afforded to Russian assets by the government.

Then there’s Newsome himself, of course – which would certainly be a twist and a half, given how annoyed he is about the communications system going down. And, y’know, there’s the fact he’s very visibly in the control room while Amy is being attacked elsewhere on the ship.

Hmm. Considering we’ve ruled out Walsh (Daniel Portman) and Docherty (Anjli Mohindra) as potential spies, then, we’re going with Glover being the unexpected comrade at this point. Especially as Evans previously teased of his character: “In terms of Glover’s personal life, there’s not a lot I can say without ruining a few twists for you, but it’s safe to say he’s got a secret.”

But then again… was Amy really being attacked?

It certainly looked as if Amy was in trouble when that masked man body-slammed into her at the end of the episode, but what if that person – still Glover, probably – is actually trying to save her? From some sort of… gas leak? Or nuclear reaction-type thing?

CPO Elliot Glover, played by Shaun Evans, is a prime suspect in Vigil.

Think about it; he’s wearing a mask, which means there’s likely some dangerous substance in the air. So maybe he wants her to lie low on the ground, because that’s where the cleaner air would most likely be.

If this is the case, perhaps Glover suspected the Russian spy would rush to silence the cook before she could get to Newsome, went down there to intervene, and found himself too late. What he wasn’t too late for, however, was preventing a disaster aboard Vigil (and saving Amy in the process).

Vigil episode 2 recap: is there more to DS Porter than meets the eye?

Yes, it’s a long shot – but you know how these thriller writers can be. They bloody love a twist and a red herring, don’t they?

Did Jackie murder Burke? And, if so, why?

This writer has had Jackie marked down as “seriously suspicious” in her notebook from the get go, mainly because the cook was the only ­member of crew who seemed to show any emotion following Burke’s death. She cried when his body was carried through the galley, and she was the only one crying during his memorial, too.

Now, we’ve learned that Jackie’s son was mysteriously released from a 10-year prison sentence in Indonesia, despite having had a previous appeal rejected. Then there’s the fact that her bedsheets are stained with the very same substance that was used to poison Burke. And then… well, then there’s the fact that she’s been unceremoniously murdered and stuffed in a cupboard the minute Amy decided she had to talk to her about all of the above.

It’s hard to believe that Jackie – who had easy access to Burke’s meals, obviously – would have murdered him without good cause, though. Perhaps that “good cause” was the promise of her son’s freedom, eh?

Are the Americans telling the truth?

It’s hard to trust anyone in Vigil, so is it any wonder that we’re so suspicious of the Americans right now? Oh sure, they say they were shadowing the submarine because they had it on good authority that there was a Russian spy aboard – but why didn’t they tell anyone? Do they really expect us to believe that it was done in order to protect their “source”?

Vigil episode 1 recap: 7 big questions we have after that shocking series premiere

What happened between Kirsten and Amy?

It’s not the most burning of questions, true, but the flashbacks to the early days of Amy and Kirsten’s romance are pretty damn beautiful. So what was it that drove them apart?

Jones teases: “In Amy, we have the complexity of a woman who has fallen for another human being and now has to realign who and what she thought she was. I guess she’s also struggling with what other people will think of that new relationship. I did some research and spoke to a lot of women, and it can be a really tricky time for someone who has previously been straight, to adapt to those new feelings and to understand them. And so there was a relationship between Amy and Kirsten, but it stopped.”

Considering how fondly the pair are thinking about one another right now, this writer is hoping that their experiences with the HMS Vigil may make them realise that they’re meant to be.

Then again, there’s a very high chance that Amy is destined to die deep under the sea. Which would, naturally, put a dampener on any romantic plans for the future.

The next episode of Vigil will air Sunday 19 September, 9pm on BBC One.