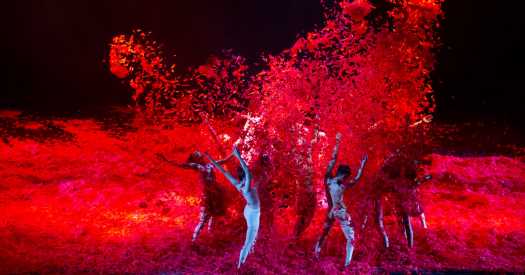 The forest is made of scissors, and it moves.

That’s the first thing you see in the Chinese dance-theater production “Under Siege.” Hundreds of shears hang ominously over the stage on poles that can descend and rise but also bend like bird wings and even seem to breathe. The sight sets up an expectation of a visually ravishing spectacle, maybe something along the lines of the film “Crouching Tiger, Hidden Dragon,” which was designed by the same artist: Tim Yip.

What follows does not disappoint. But the less conspicuous achievement of “Under Siege,” which had its United States premiere at the David H. Koch Theater on Thursday as part of the Mostly Mozart Festival, is how its director and choreographer, Yang Liping, finds a balance between the traditional and the contemporary, turning an old and oft-told tale into theatrically vivid entertainment.

That tale is about the Chu-Han Contention, the series of battles around 200 B.C. that established the Han dynasty. It’s the story told in the classic Beijing opera “Farewell My Concubine” (and appears in the 1993 film with that title). We enter the action just before the final battle, and the narrator immediately announces the outcome.

This is not, in other words, a suspenseful, plot-driven production. Each character gets an introductory scene, and the rest is equally formal, at a philosophical remove, in the manner of Beijing Opera. The narrator (the amazing Tong Mingguang) is right out of Beijing Opera, his voice rocketing and swooping like an untied balloon.

The choreography is more of a mix, novel and effective if not artistically groundbreaking. Ms. Yang, a star in China, started out in folk dance, but this show is based in martial arts, with its readiness and attack, its soaring flips and flying spin kicks. The battle scenes are as much dance as fight, and some of the body-roll ensemble action could be from a music video. The concubine, per tradition, is played by a man (Hu Shenyuan), but this one moves almost like a ballerina, with beautifully pointed feet and lyrical contortions. 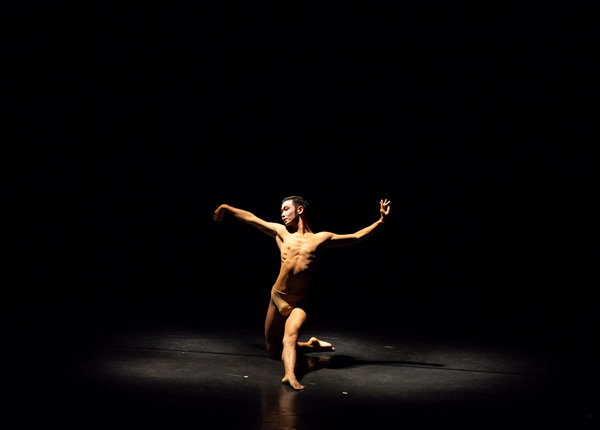 Many of the performances are over the top, especially the enjoyably absurd bravado of the warring emperors and the clownishly bizarre behavior of “the brilliant but underappreciated” general, Han Xin. He seems to have had a traumatic childhood and his duplicitous nature is embodied by two actors, one in white, one in black, who grapple with each other. The tone is often harder to follow than the plot is.

But the show is almost never dull, not with a drummer in the pit and two extraordinary pipa players whose skill can suggest twangy Delta blues or wailing rock guitar, the sound of a storm or a disembowelment. That’s a use of tradition that’s bracingly modern, unlike the synthesizers that number among the production’s cheesy elements.

More than the sentimental figure of the concubine, this final image most memorably expresses the show’s central theme: the too high cost of war. It’s an ancient theme whose relevance continues, like the woman who has been onstage all along, calmly cutting paper into Chinese characters until she is buried in words. 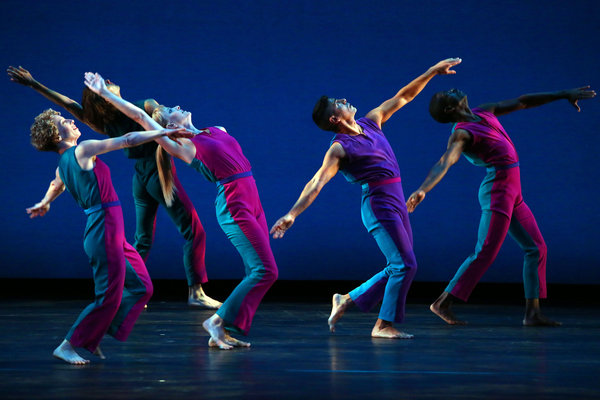