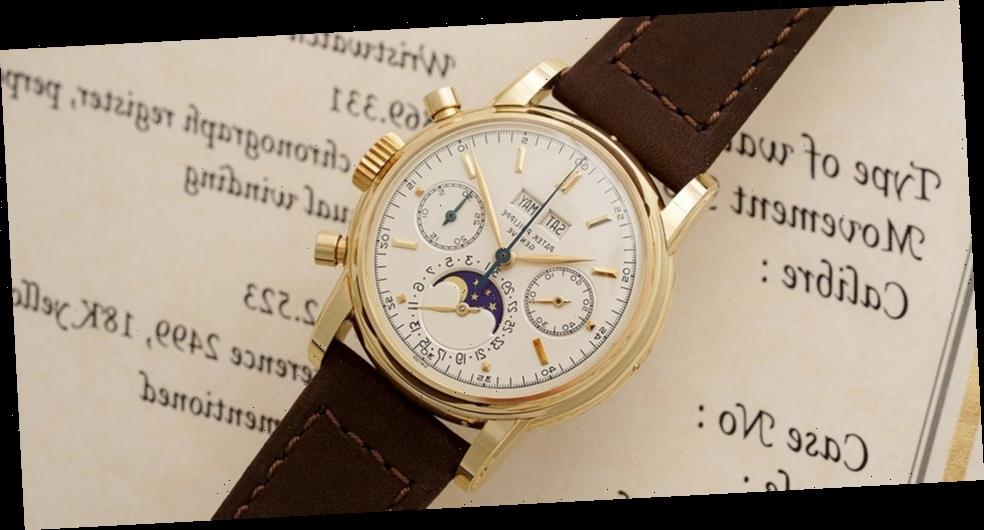 Following on from its most successful year to date, with sales totaling $133m USD, Phillips in Association with Bacs & Russo, will launch its 2021 calendar with a full set of Patek Philippe Ref.2499 perpetual calendars, one from each of the reference’s four series.

The four examples (Series 1, 3 and 4 in 18kt yellow gold and Series 2 in 18kt pink gold) were sourced from a single private collection and took the owner 20 years to source. They will now headline the auction house’s forthcoming The Geneva Watch Auction XIII.

Then in May, an 18kt pink gold Patek Philippe Ref. 3974, one of only five known to the market, will be offered for sale at The Hong Kong Watch Auction XII.

Ref. 3974 was created in 1989 to celebrate Patek Philippe’s 150th Anniversary celebrations and was its first serially produced automatic watch to include a minute repeater and perpetual calendar. The pink gold case was also made by legendary casemaker, Jean-Pierre Hagmann.

Elsewhere in watches, Bulgari releases the most pared back version of its Octo Finnisimo S yet.
Source: Read Full Article