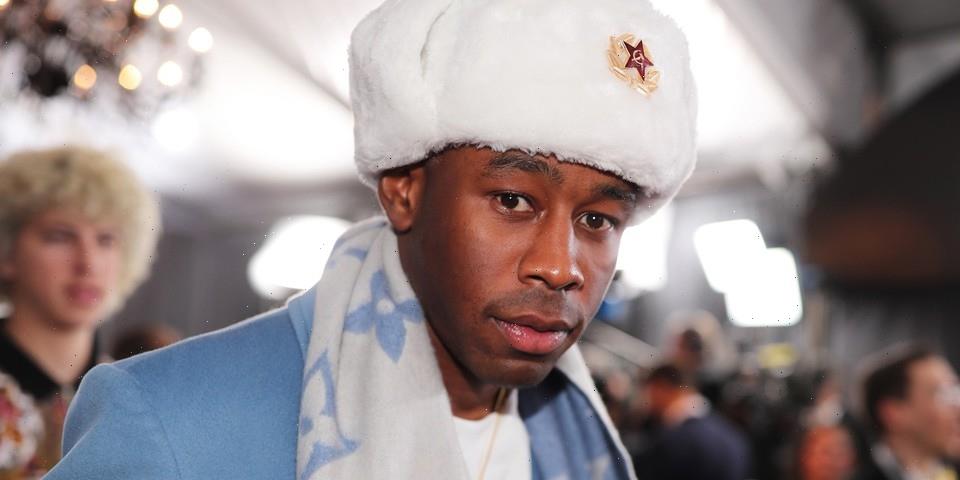 Tyler, the Creator may be switching up his stage name in the future, according to a new interview with Fast Company.

The rapper, who released his sixth album Call Me If You Get Lost over the summer, broke down the origin of his stage name, which dates back to when he was only thirteen years old.

“My stage name was from, I made a MySpace page when I was 13,” Tyler, the Creator said. “I had 3 of them, one was regular for friends, another one was for something else, and then the third one was just ideas. I would put drawings and photos I would take, and I would upload beats on there.”

“It’s really dumb, but it stuck with me so it just works,” he continued.

Now the rapper is considering using his real name for upcoming projects.

“But my full name, Tyler Okonma, in all caps just looks really cool,” he said. “So you might see more of that, I don’t know, I’m getting older and I think when people get older they start to realize s***, you just start changing.”

Tyler, the Creator has used his real name for certain projects in past, such as in the credits of music videos. In an Instagram post last month, he honored the late Virgil Abloh and explained that Abloh had inspired him to use his government name more often.

“Few years back I started using more of my African last name OKONMA because of how regal Virgil’s felt,” he wrote. “Everything he did felt like he said ‘hey over here, coast is clear’ whenever I questioned things.”