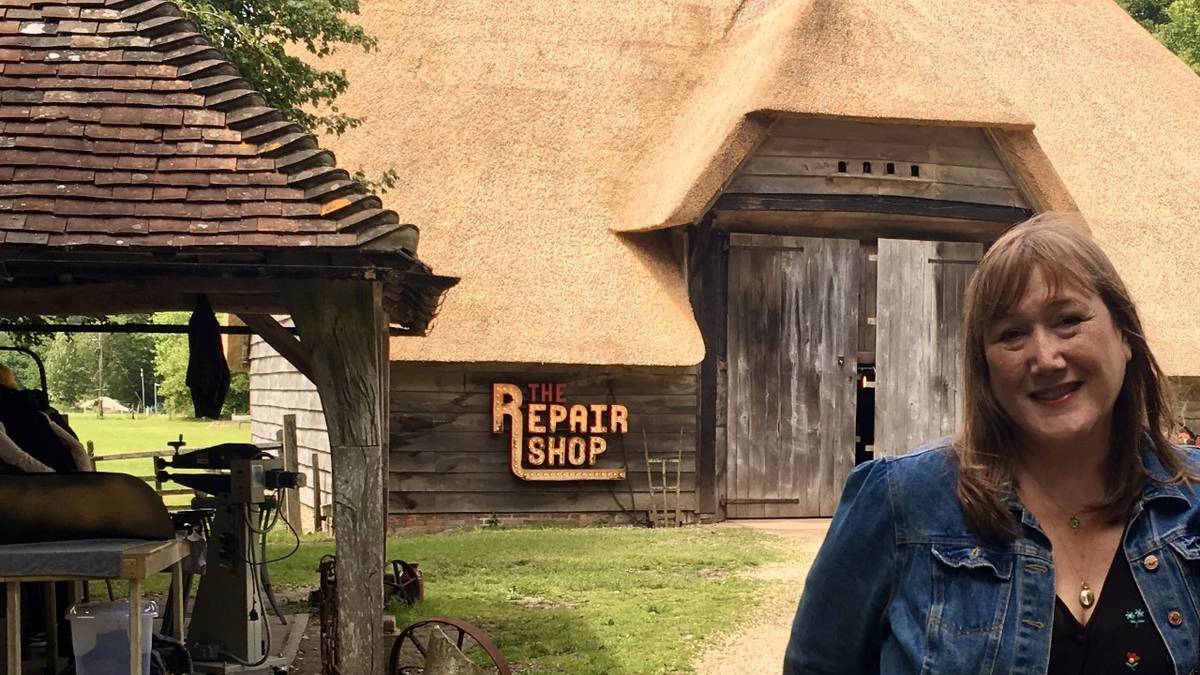 One of the BBC and TVNZ’s most popular shows wouldn’t have made it to the air without a New Zealander who’s made her mark on the television industry.

An old barn where everything from treasured teddy bears to motorbikes are carefully restored and repaired might not sound like a recipe for dazzling television, but the quiet charms of the BBC’s The Repair Shop have proved to be a tonic in troubled times.

The show is the “television baby” of New Zealander Carla-Maria Lawson, the BBC head of daytime and early peak television, who spoke to Sunday Morning about her work.

According to a ThinkTV report on New Zealand live television ratings, The Repair Shop is in the top 12 most viewed among regular programmes for the first quarter of 2021.

Lawson has been with the BBC for many years, having moved to the UK more than two decades ago, and now oversees about 1500 hours of original programming a year.

The gentle appeal of The Repair Shop has turned out to be one of her biggest hits. The show began in 2017 and is on its sixth series.

“It is now probably the biggest factual show on British television outside of the news,” she said.

“It gets audiences of between 5 and 6 million viewers for original episodes that are going out.”

In an age overflowing with money-driven reality TV, The Repair Shop stands out because there are no prizes and there’s no competition for a “winner.”

“There’s no monetary reveal which is a big USP [unique selling point] of the show.”

But getting the programme on the air wasn’t an easy task for Lawson.

“It’s my baby really, my television baby. … It was really hard to get it commissioned because as I say, there was a sense of why would anybody watch something that didn’t have a monetary reveal at the end of it?

“It’s quite difficult to persuade people that the emotional currency in itself could pack enough of a punch.

“It was just something that I kind of felt viscerally could work. And the company kept saying oh, well, we give up, and it’s like ‘No, please don’t!'”

Lawson was also determined to create a diverse programme that stood out on the BBC, including the cast of presenters.

“I wanted people that had not been on television before in that territory. I didn’t want the same faces that you see on antique shows. Frankly sometimes it can resemble a bit of a Carry On movie.

“I want people that you can look at and go ‘oh, that’s a bit like me.’ It doesn’t have to all be white men of a certain age.”

Before moving to the UK, Lawson worked in New Zealand media, including as chief reporter for RNZ.

“I had a good career in New Zealand and I kind of thought I would be going back,” she said. “[But] I just wanted to be a small fish in a big pond if that makes sense.”

Her career has led her to work on hits like Masterchef and The Graham Norton Show, and meeting celebrities like Prince Charles, Joni Mitchell and George Harrison.

When she comes back to visit New Zealand – unfortunately less often in the pandemic era – Lawson said her mum here is a big fan of many of her programmes.

“It’s interesting how many of my shows are on telly there. It’s sometimes a little bit disconcerting when I’m home and escape to the country.”

Lawson’s mum was actually an important sounding board for the possible success of The Repair Shop.

“I was watching the rough cuts [for the programme] in New Zealand, pre-Covid,” she said. “I heard a little scrape behind me and it was my mum pulling her chair up and looking over my shoulder.”

Every item that appears on the programme is sent to Lawson with a page describing it, what the back story is and what repairs could be made.

“You do have to really mix it up for tone. You need joy in it as well.

“There’s all sorts of reasons people bring things into the barn. I think the thing that generally binds all of the items together is the sense of modesty.

“I don’t think anything is really worth loads of money … It’s there because of its emotional value to the contributors.

“I didn’t know when I was embarking on this process that a piano stool could make somebody burst into tears.”

Although it’s set in the UK, there’s a strong element of the New Zealand “can-do” culture in The Repair Shop’s DNA, Lawson said.

“Something I feel is intrinsic in Kiwi culture is just getting on and doing things.”

It’s a success now, but Lawson told Sunday Morning that wasn’t certain at the time, and she definitely risked her reputation a bit gambling on it.

“You don’t do my job without that being part of the deal for everything. If you knew how to make a hit then you’d be very rich indeed. It’s not a precise science, you can’t always know.

“I’ve just commissioned a competitive walking format. I think it’ll work, but who knows? It’s called Take A Hike, maybe they’ll ask me to do that.”