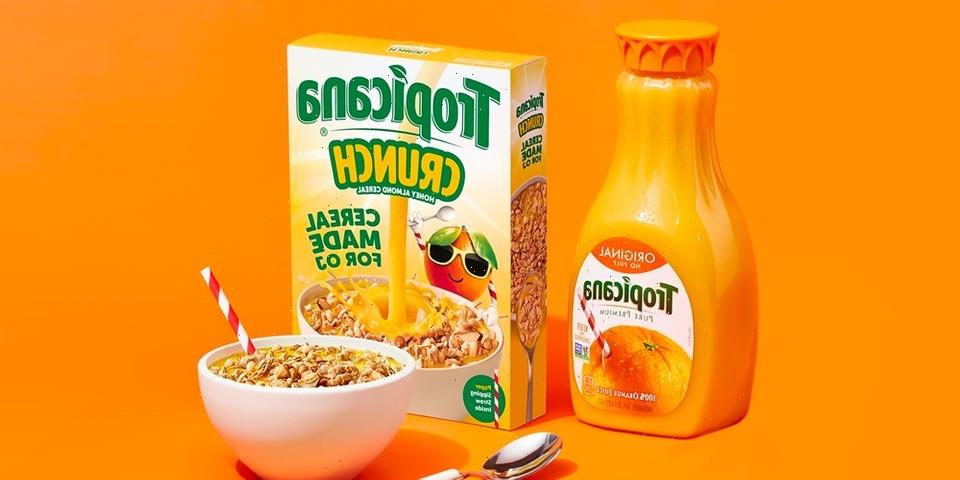 Tropicana is introducing the first “cereal made for OJ” dubbed “Tropicana Crunch.” Orange juice on cereal. Some call it weird. Some call it breakfast. We… didn’t even know it was a thing,” Tropicana writes. “But turns out, there are totally normal people. amongst us juicing up their cereal bowls. You might be one of them!”

The cereal is designed to be “drowned in OJ” and consists of sweet honey almond clusters. According to Tropicana survey results acquired by Wakefield Research, 15 million Americans have tried the orange juice cereal combo, and 52 million are willing to try it or have already tried it themselves. “Half of the adults who poured OJ over their cereal did so because they thought it looked like it would taste good and more than 1 in 3 who tried it, did so because they love OJ and thought it would be a good combination,” Tropicana writes in a press release.

Tropicana Crunch will be available ahead of Orange Juice Day on May 4 at Tropicana’s dedicated website.