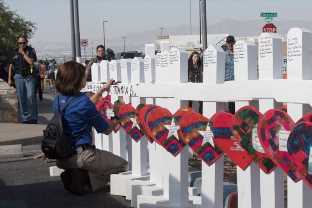 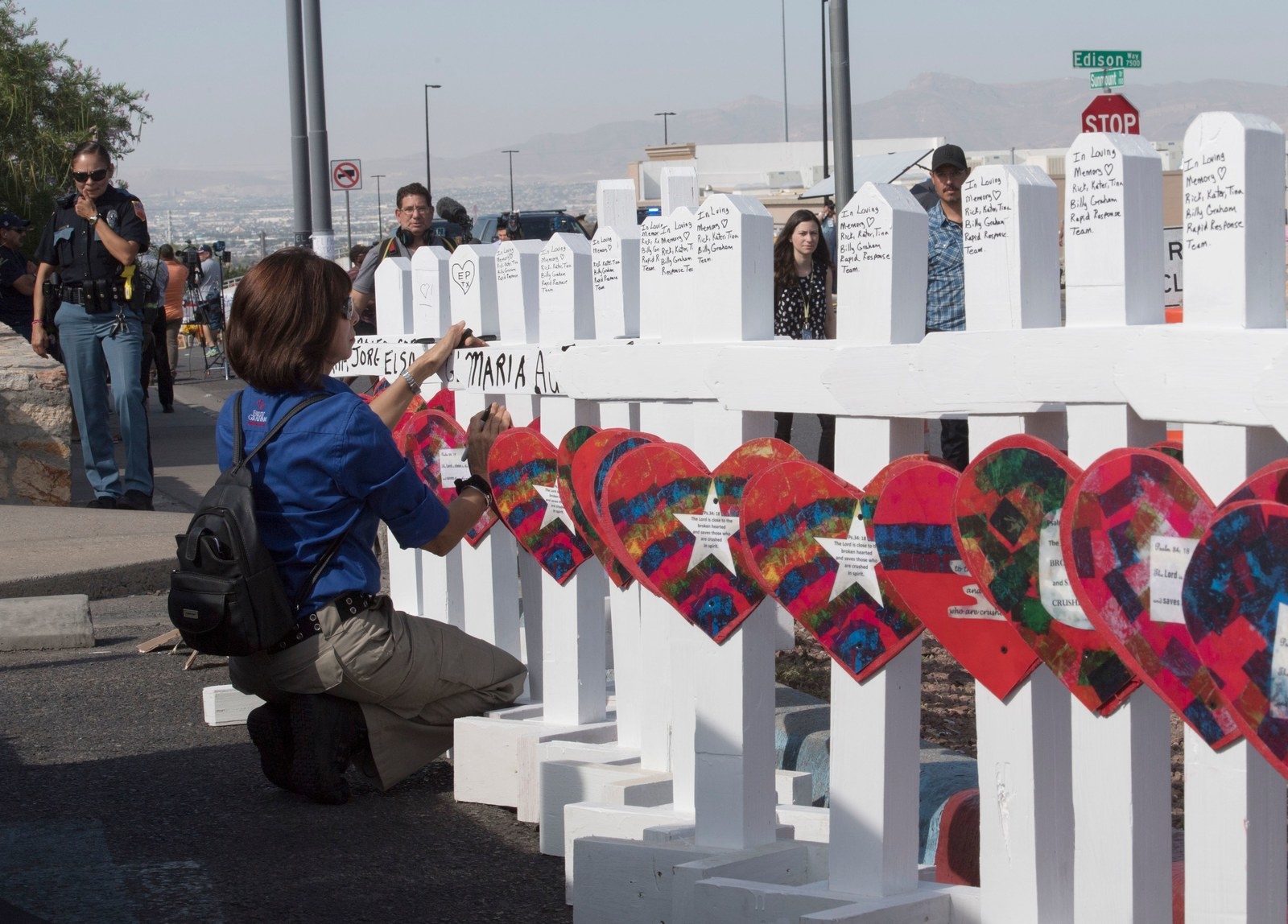 Online trolls and far-right accounts went back to their standard playbook to spread false information during the El Paso terror attack and Dayton mass shooting — a mundane but terrifying fact that hoax campaigns continue, even at one of the nation’s lowest moments, and despite efforts by social platforms to crush them.

The trolls began posting false information about the gunman’s identity before the public even knew how many people died in the attack. And there were false implications that anti-fascist activists or cartels were responsible for the violence that far outpaced the actual facts being released by police on the scene.

The result is a continuous targeting of institutions — including news outlets, law enforcement officials, and elected officials — by either fostering disbelief in them or getting them to repeat the hoaxes.

Hours after the shooting, the suspect was identified as 21-year-old Patrick Crusis and the attack is being treated as “domestic terrorism” by authorities. — he’s not in a cartel. Crusis left behind a document filled with explicing anti-immigrant, white nationalist hatred — he’s not an anti-fascist. At least 22 were killed and 26 were injured in the attack.

But even after those facts were known, efforts to mischaracterize the shooter’s motivations continued. The disinformation campaigns followed a familiar framework, said Joan Donovan, the director of the Technology and Social Change Research Project at Harvard’s Shorenstein Center.

“It’s starting to feel normal, that’s the problem,” Donovan told BuzzFeed News. “Tactics are modular, so what we end up having is not just a crisis where someone has gone off and murdered people to get attention, you also have a bunch of people using the opportunity to get attention to frame groups they’re in political competition with.”

This time, it was rooted in a disinformation campaign that began before this weekend’s attacks about antifa planning “a border siege” in El Paso. In a debunk of the conspiracy, Lead Stories wrote that what started out as a call for a “border resistance” protest in El Paso in September was warped to wrongly caracterize activists as violent. “We have no affiliation with Antifa,” the organizers posted to Facebook.

Although the El Paso anifa hoax started with right-wing websites and commentators, it continued circulating during the shooting and eventually made its way to the Lt. Governor of Texas, Dan Patrick. When asked about the shooting on Fox News, Patrick brought up the debunked antifa conspiracy.

“I just saw the last couple of days where Antifa is posting they want to come to El Paso for a 10-day siege,” Patrick said.

Donovan said it’s not surprising that a politician repeated disinformation. Those who spread it often target figures of authority, like politicians or reporters, and celebrate when the campaign works. But those figures spreading disinformation grants it legitimacy.

“Politicians often are working with limited resources but are susceptible to the exact same strategies as the rest of us,” Donovan said. “They’re a trusted source, so you can imagine how quickly a cascade happens.”

This has been the case with previous mass shootings. Another consistent brigading tactic is misrepresenting the name of the shooter, often by pinning the attack on far-right comedian Sam Hyde or YouTube personalities and posting photoshopped images.

During El Paso, someone edited Hyde’s face onto an image of the gunman walking into the WalMart. The Hyde fake has been pushed during almost every mass shooting since 2015, including shootings in Parkland, San Bernardino, Las Vegas, Orlando, Sutherland Springs, and at the YouTube headquarters in San Bruno, California.

“The tactics have generalized,” Donovan said. “We have people purposely setting up many sock puppet accounts to take advantage of situations like this and testing out different campaigns to see what resonates.”

Once the identity and motivation of the gunman was established, another disinformation campaign began to paint him as a registered Democrat. Using MyLife, a website that allows anyone to edit records, people online began changing Crusis’s details to say he was a registered Democrat and, later, a say he supported the baseless QAnon conspiracy.

Tweets and articles about Crusis’s false connection to the Democratic Party went viral, adding to the confusion during the weekend’s second shooting in Dayton, Ohio. Unlike the gunman in El Paso, the Dayton shooter didn’t post a manifesto, leaving people online and authorities scrambling to understand his motive. Authorities have not yet been able to determine what motivated Connor Betts to kill nine and injure 21 people.

“That’s really something we can’t tell at this point,” Dayton Police Chief Richard Biehl said. “It’s a nagging question, and I just don’t have the answer.”

Betts’s voting record was also raised after the shooting in Ohio. Betts has voted for Democrats in the past, but because of the disinformation of the previous shooting, many distrusted that information despite it coming from the official Ohio voter information records.

During a breaking news situation, there’s often a scramble to understand what happens and details can change and more information comes to light. But there’s little doubt that campaigns to misinform the public during a critical time are intentional and use similar tactics from year to year.

As reporters on the El Paso NBC affiliate station, KTSM, invited witnesses to call in and tell the public what they saw, they received a phone call from “Diego” who said he was at a movie theatre near the shooting. Diego told the hosts that the gunman was shouting that “gamers need to rise up.” The caller was quickly taken off the air once it was clear he was playing a prank on the reporters — an old tactic, according to Donovan.

“We may have just been lied to,” said the anchor, Daniel Marin. “We’ll disregard what that man told us and go ahead with the facts right now.”