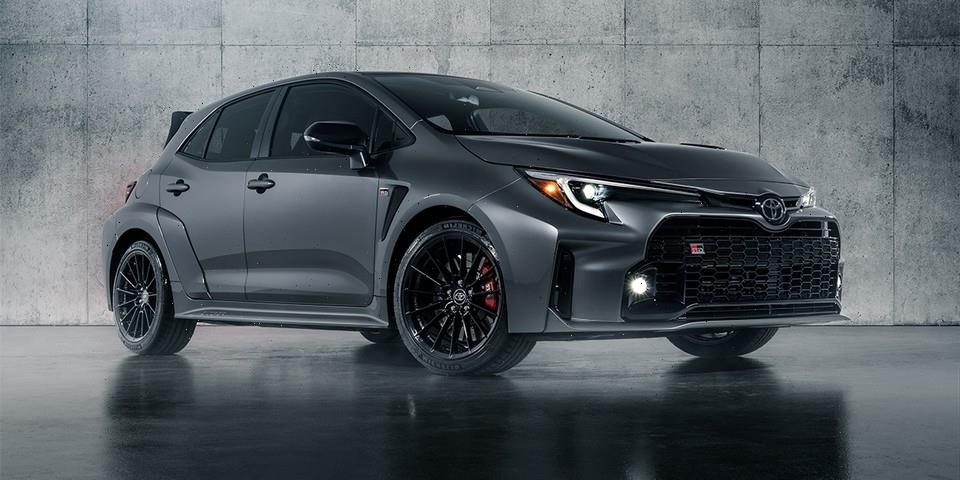 Bigger and more powerful than the GR Yaris, the new rally-inspired model carries a turbocharged 1.6-liter three-cylinder engine under its hood that’s capable of pushing out 300 horsepower at 6,500 rpm via a six-speed manual transmission through all four wheels. The 4WD system itself can be calibrated to give you more control of the vehicle allowing you to choose from 50-50 front and rear, 60 front and 40 rear, or a more radical 30 front and 70 rear. Both axles feature open differentials on the base model, but you can upgrade to a limited-slip differential with the Performance Package or have it standard in the Circuit Edition.

Powertrain aside, the suspension system comes in the form of MacPherson struts for the front and a double-wishbone design at the rear, all connected to 18-inch and 16-inch ventilated brake disks, 18-inch gloss black 15-spoke cast alloy wheels, and 235/40R18 Michelin Pilot Sport 4 tires. The chassis itself has also been strengthened thanks to extra welds and adhesives, while aluminum body components including the good and all four doors manage to keep its weight as low as possible.

For its first year, Toyota will be releasing the GR Corolla in its Core trim, which includes features such as sports seats, aluminum pedals, automatic emergency braking, adaptive cruise control, blind-spot monitoring, and a one-year membership with the National Auto Sport Association. You’ll have to option to upgrade it with a Performance Package, a Technology Package, and a Cold Weather Package. Subsequently in 2023, the GR Corolla will launch its Circuit Edition, which comes standard with all the features of the Core model along with updates to the exterior, a black and red interior makeover, a shift knob with the “Morizo” autograph, and automatic climate control.

No pricing information has been announced just yet by Toyota, so those interested should stay tuned for more updates to come.

Elsewhere in the automotive world, a one-of-two 1990 Ferrari 348 TS Koenig Specials F48 is up for auction.
Source: Read Full Article