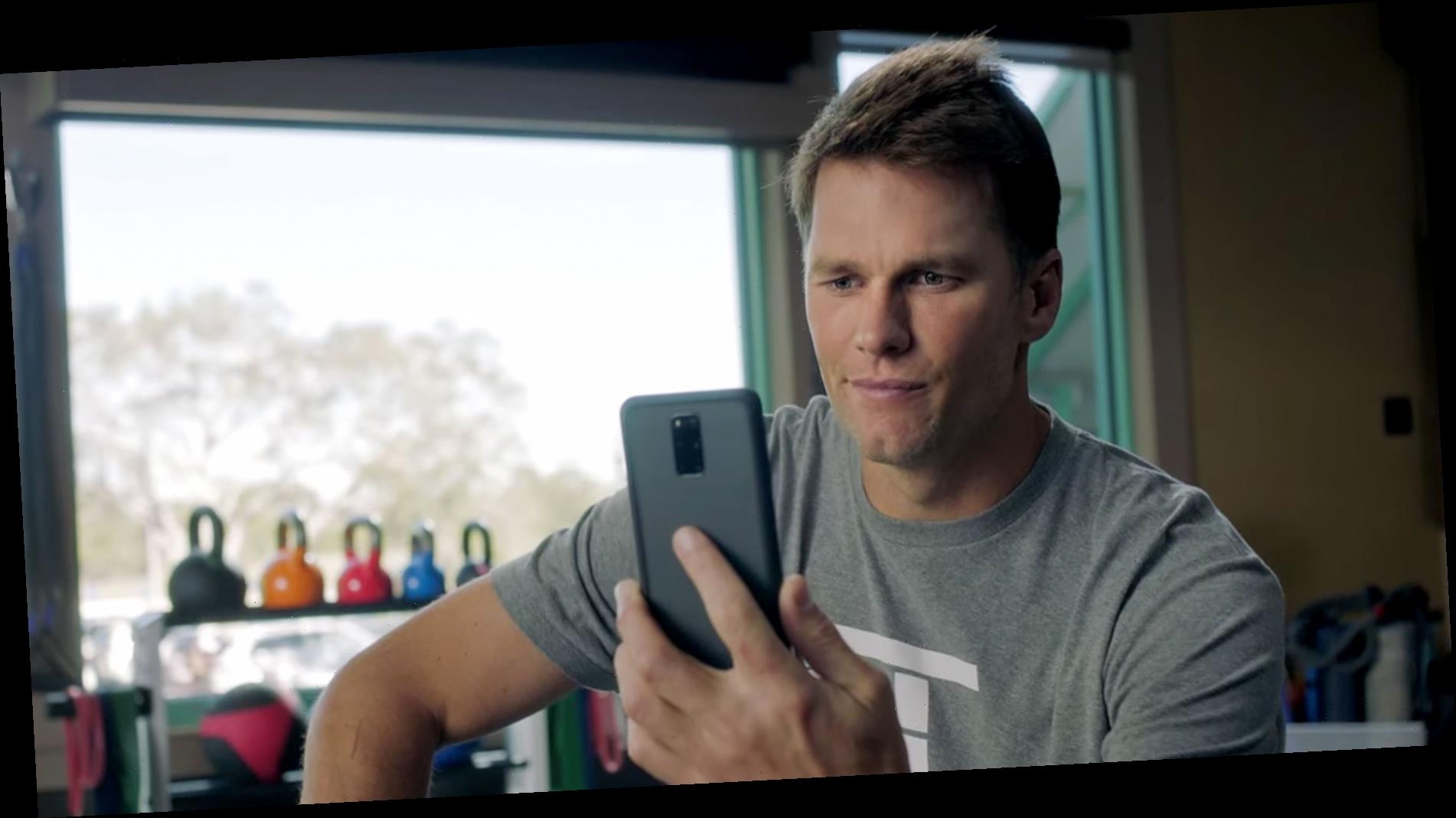 So that’s why! Tom Brady joked about his decision to move from the New England Patriots to the Tampa Bay Buccaneers instead of retiring in a new T-Mobile commercial set to air during Super Bowl LV.

Tom Brady and Rob Gronkowski’s Bromance Through The Years

“Gronk, what do you think my next move should be? Give it to me straight. Maybe it’s just time I hang ‘em up,” the quarterback, 43, tells Rob Gronkowski over FaceTime in the ad, which premiered on Friday, February 5, and is set “one year ago.”

Without hesitation, the tight end, 31, urges Brady to consider retirement while holding up his cellphone to show off the sunny golf course where he is enjoying some downtime.

“If you retire now, you’re going to be walking on soft sand in a week,” Gronkowski says. “Just come to Florida and feel the wind in your hair. Retirement is like winning another one! Maybe I’ll even join you.”

Then, a narrator interrupts to reveal that Brady is “on a spotty network” at home in Boston and only heard portions of his longtime friend’s advice.

“You retire now, you’re soft and weak,” the New York native says in a choppy flashback video as the six-time Super Bowl champion raises his eyebrow. “Just come to Florida and win another one. Maybe I’ll even join you.”

After mocking Gronk and wondering aloud whether winning is really “that easy,” the commercial cuts to a recreation of Brady’s March 2020 press conference announcing that he left the Patriots.

As a then-retired Gronkowski watches from a couch at home with his feet up on the coffee table, he calls out to his mother, “Where are my football pants?”

As NFL fans know, the University of Arizona alum ultimately came out of retirement in April 2020, joining his former Patriots teammate in Tampa Bay. They are set to face off against the Kansas City Chiefs in Super Bowl LV on Sunday, February 7.

Before this year’s season kicked off, Brady opened up about the “very emotional” conversations he had with Patriots owner Robert Kraft and head coach Bill Belichick about him switching teams.

“I called up Mr. Kraft and I went over to his house,” he said on The Howard Stern Show in April 2020. “I said, ‘Look, I just want to say how much I love you and appreciate what we’ve done together. I know that we’re not going to continue together, but thank you.’ I was able to call Coach Belichick at the same time and thank him. I wanted them to hear it from me.”