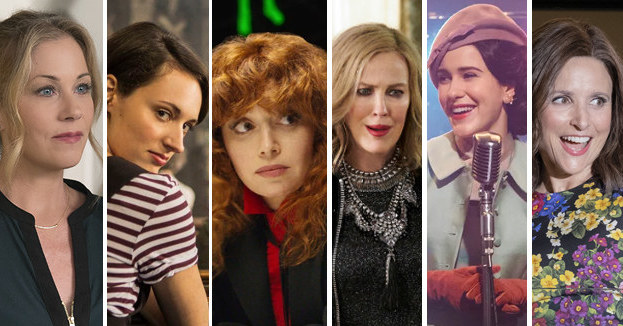 The Emmy nominees for 2019 were announced on Tuesday and Game of Thrones scored a record-breaking 32 nominations for its final season.

OK, so congrats to HBO and all, but let’s be real: If you thought the battle for the Iron Throne was tough, please check out the competition in the category of Outstanding Leading Actress in a Comedy Series. 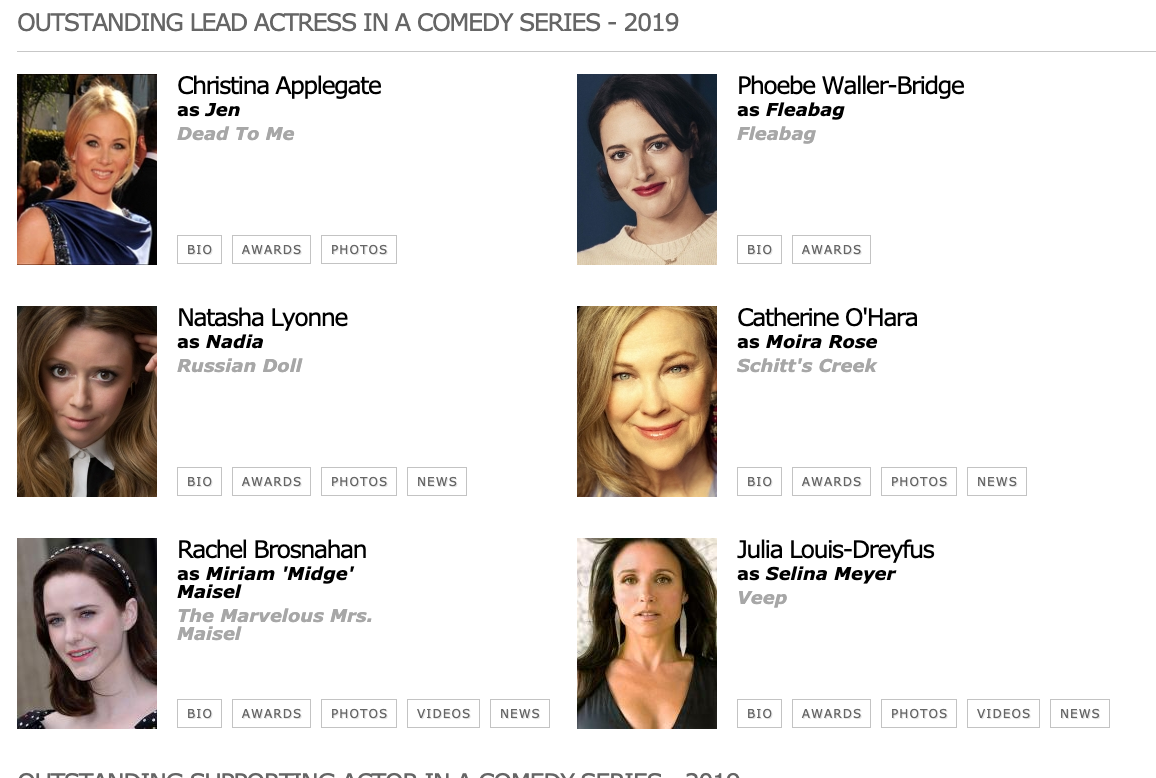 LOOK AT THIS CATEGORY. HOLY MOTHER OF GAY.

Yes, this a phenomenally tough category — so tough that Tracee Ellis Ross was snubbed for Black-ish despite having been nominated every year since 2016. Also overlooked were Abbi Jacobson and Ilana Glazer, aka the broads from Broad City, Issa Rae on Insecure, Kristen Bell on The Good Place, and Heléne Yorke’s breakout role on The Other Two. (Really, in this climate?)

How on earth are Emmy voters supposed to make a decision here? How are those of us watching at home supposed to know who to root for?

It seems I am not alone in my feelings.

In an effort to try and determine who has the best shot in this insanely tough category, BuzzFeed News wanted to give readers the chance to vote in a poll ahead of the Sept. 22 ceremony.

But first, let’s review the competition, shall we? 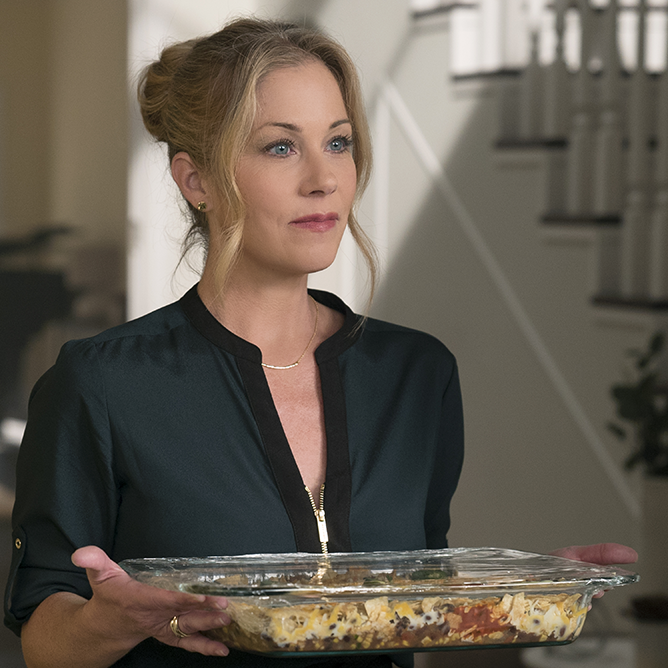 Since the amnesia sitcom Samantha Who went off the air in 2009, Christina Applegate has had a weird few years doing middling movie comedies — Bad Moms, Vacation, Hall Pass, a Bad Moms Christmas sequel (?!) — but what can we say? We love a comeback. And Applegate doesn’t just come back in Dead to Me, the dark and twisted Netflix comedy about grief, she knocks it out of the fucking park.

Applegate has quite literally grown up on TV before our very eyes — she debuted on Married … With Children in 1987 when she was just 15! — but she’s never taken home the top comedy Emmy (although, she did win a Guest Comedy Actress trophy in 2004 for Friends). As Jen on Dead to Me, she’s cynical, angry, uptight, nuanced, and marvelously funny. She’s more than overdue. 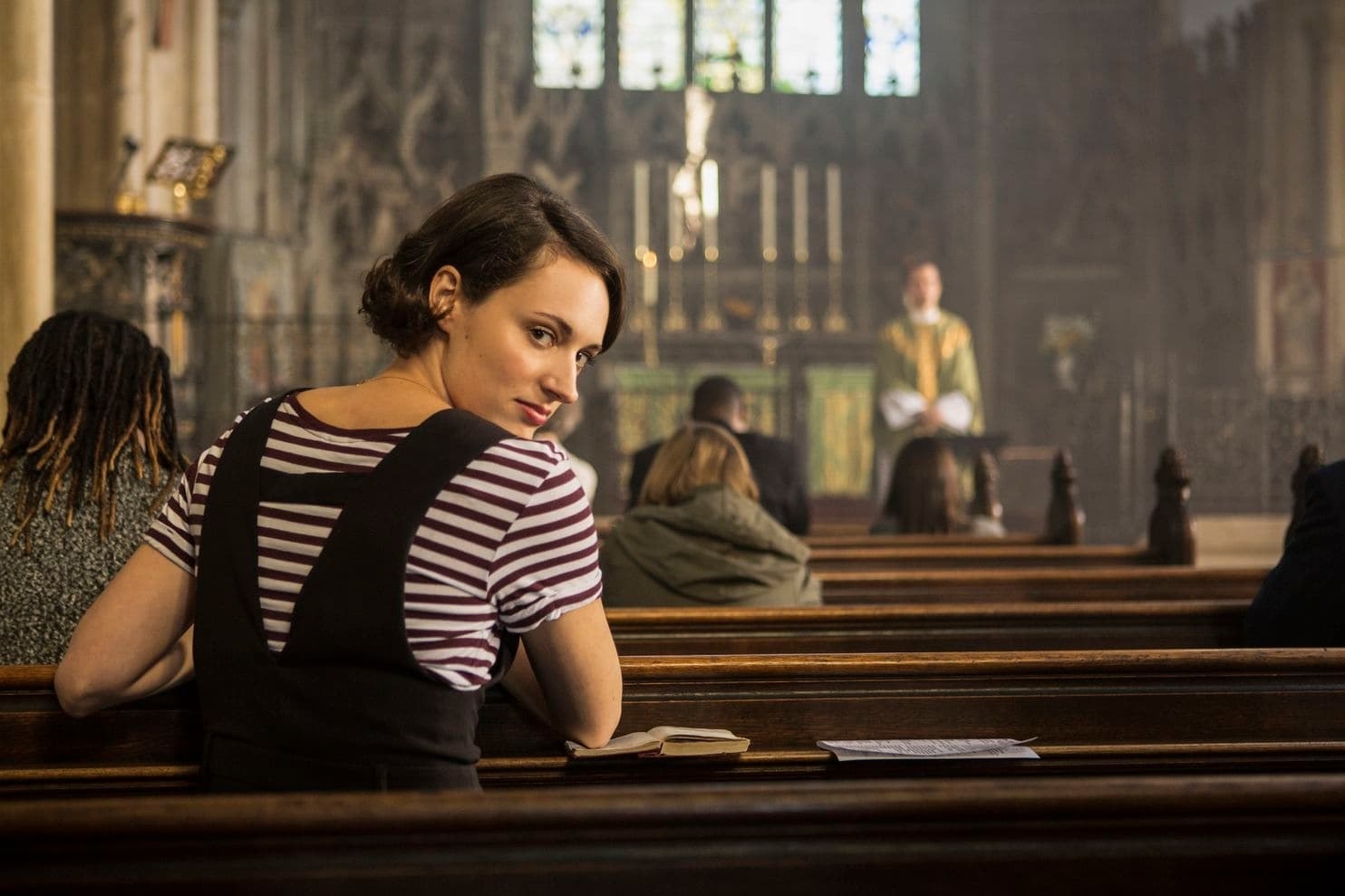 Has anyone risen from seeming obscurity to dominate Hollywood the last few years like Phoebe Waller-Bridge? After the success of the first season of Fleabag a few years ago, she’s been busy creating Killing Eve and working on the script of the next James Bond film (Daniel Craig himself was said to have requested that she be involved).

Somehow, she’s found time to produce one of the most moving, hilarious, offbeat, devastating, and sexy (yes, the hot priest was sexy) seasons of television ever made. “Ok we can stop making TV now. I just finished Fleabag, and we’re all done here,” gushed comedian Kumail Nanjiani of the show.

It seems he’s not alone. Emmy voters showered Fleabag with nominations — even Fiona Shaw earned a nom for her SINGLE scene appearance as Fleabag’s therapist. 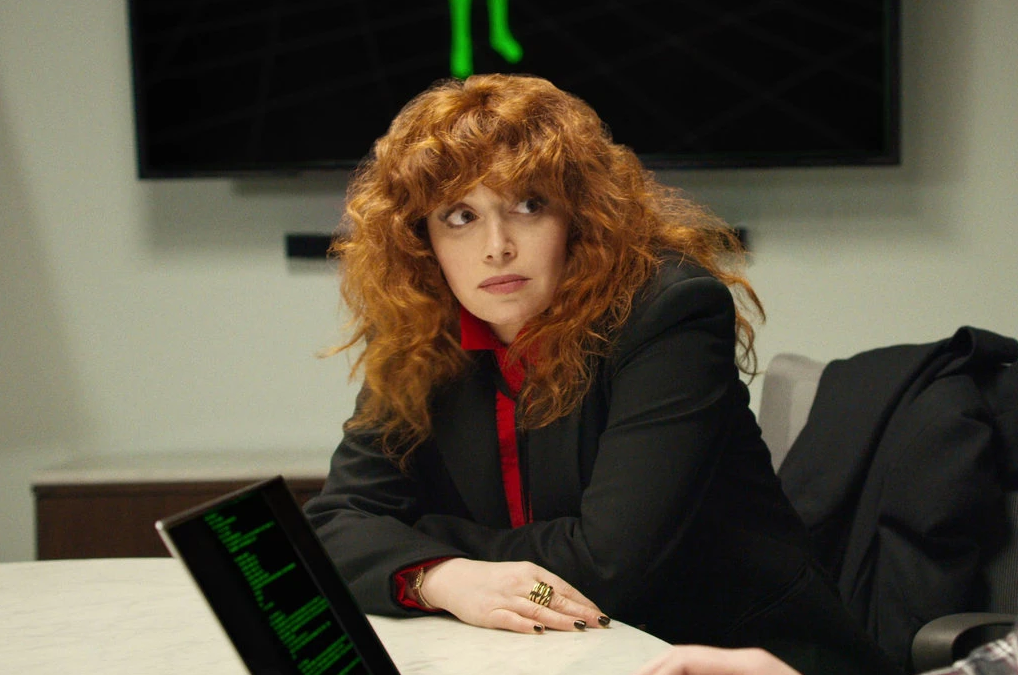 Can you imagine anyone else playing Nadia in Russian Doll? Natasha Lyonne delivered a manic and hilarious performance as unique and wild as her signature red hair.

Chain-smoking her way around New York City’s East Village as she tries to solve the mystery of why she keeps dying and waking up at her own birthday party, Lyonne’s Nadia was a gruff, acerbic, and sex-fueled loner. But ever so gradually, she revealed a vulnerability, and a soul, beneath all that cigarette smoke.

Russian Doll explored deep ideas like philosophy, religion, and mental health — but unlike other comedies that lean into drama, the show remained laugh-out-loud funny thanks to Lyonne’s impeccable comic delivery. A performance to die for. 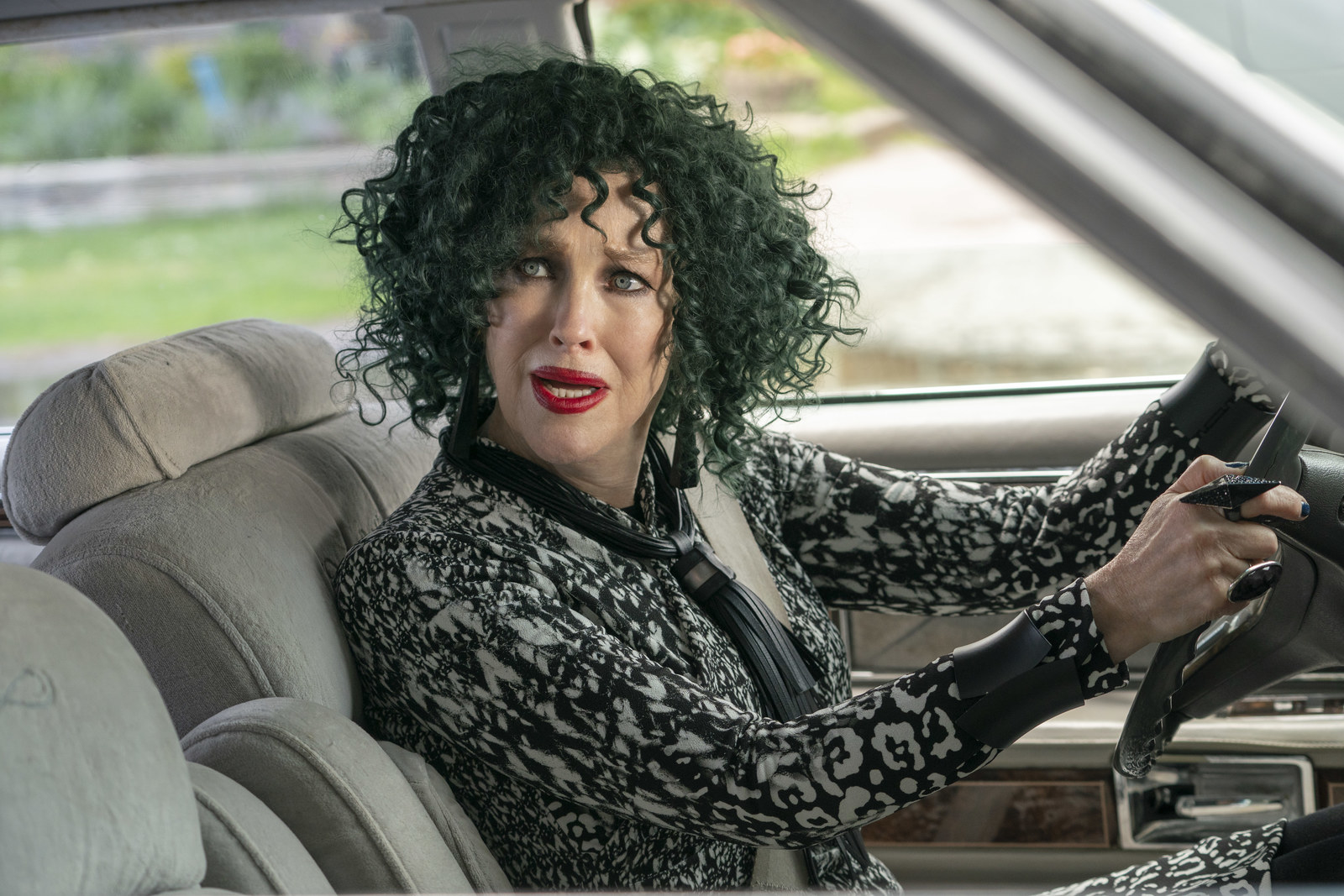 A comedy veteran chewing up the scenery with an effete accent, a closet full of couture, and a seemingly endless array of wigs? Sign me up. Catherine O’Hara’s camp performance of Moira Rose, the matriarch of a down-on-their-luck rich family forced to decamp to a small rural town, has been overlooked by Emmy voters for years, but they finally seemed to wake the fuck up on Tuesday. (Costar Eugene Levy, costumers Debra Hanson and Darci Cheyne, and Schitt’s Creek itself also scored nominations).

O’Hara is a one of the most respected comic actors of her generation, but she’s never been honored with an acting Emmy (she did win for writing way back in 1982). Moira is a fan favorite on the show, beloved for her ridiculous style and snappy one-liners, and O’Hara seems to be having the time of her life playing her. She’s more than deserving of a win. After all, Moira’s favorite season is awards. 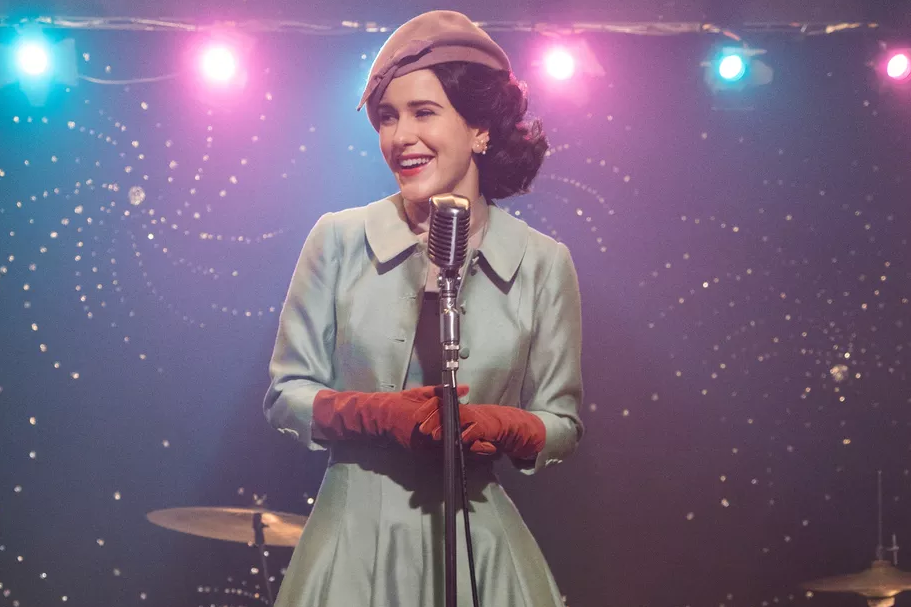 Fresh off her win in the category last year (Veep wasn’t airing), Rachel Brosnahan has been honored once again for her smart and snappy performance as Midge, the 1950s housewife turned stand-up comic in The Marvelous Mrs. Maisel. It’s hard to picture anyone other than Brosnahan delivering the fast-paced dialogue of Amy Sherman-Palladino with such style. At just 28, she’s one of Hollywood’s brightest young stars.

In Season 2, Brosnahan was even brasher and brassier than she was in the first season, reminding us why she anchors the show that bears her character’s name. When she’s onstage delivering stand-up, it’s impossible to look away. 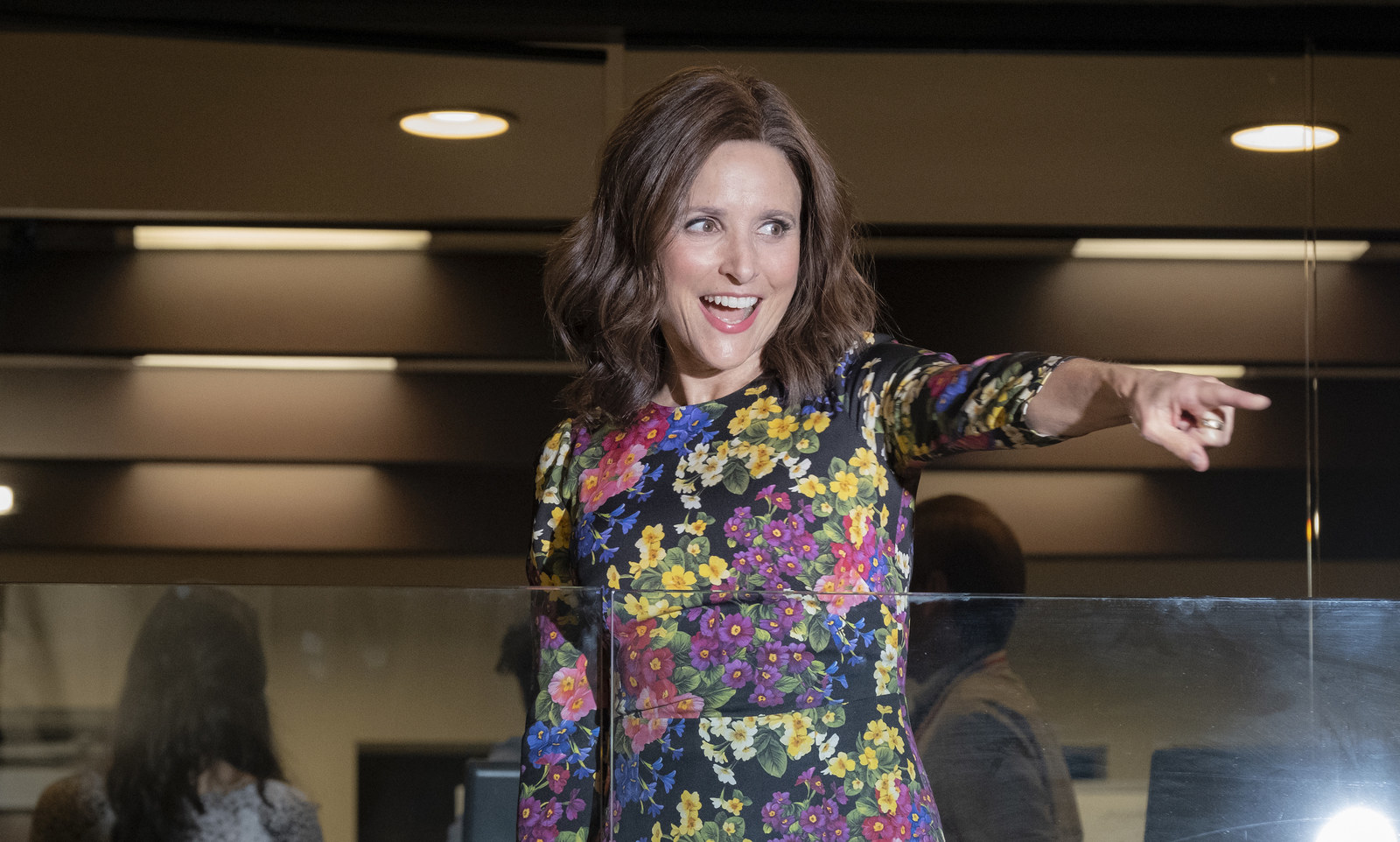 Julia Louis-Dreyfus’s final season as Selina Meyer on Veep was as malicious, foul-mouthed, monstrous, and fucking hilarious as we’ve come to expect from the reigning queen of American comedy. After beating cancer, Louis Dreyfus turned in a performance that capstoned her time on Veep exceptionally.

The show’s perfect series finale was dark and twisted — and unexpectedly sad? — as viewers watched (spoiler alert) Meyer connive her way back to everything she’d always wanted, but for what? To have the coverage of her future state funeral interrupted by the death of Tom Hanks. *kisses fingers like an Italian chef*

LouisDreyfus has already won an astonishing 11 Emmys — eight for acting, including six consecutive wins for Veep. If she wins again, she’ll break the record for most Emmys won by any actor ever. But does she really need another?

Yes. Yes, of course she does.

When, I tweeted about all this tension on Tuesday, my phone exploded as fans fought to the death in my mentions.

So, let’s try to solve this once and for all.

Take a deep breath, then take this quiz.

David Mack is a deputy director of breaking news for BuzzFeed News and is based in New York.