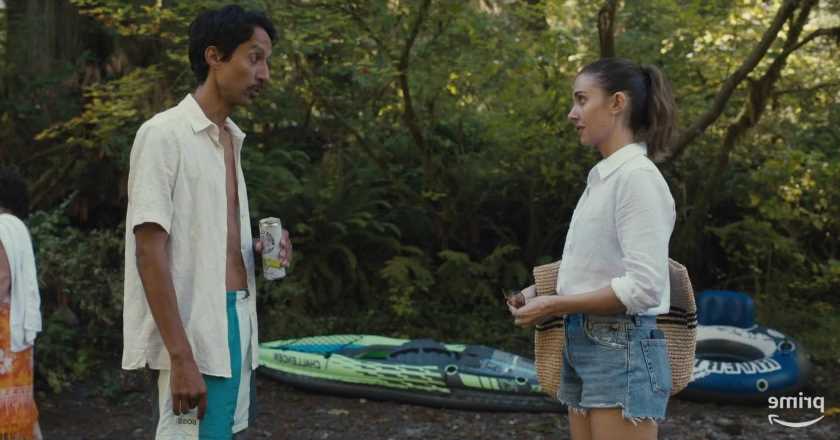 She’s a workaholic, she’s back home from the city, and she’s run into the ex she’s still obsessed with – but there’s so much more to Somebody I Used To Know than that.

We, all of us, know every single beat of a classic Hallmark romcom at this point. A career-obsessed woman (the scandal!) either heads to a rural retreat and hooks up with a rugged stranger, or she returns to her hometown and rekindles a flame with the ex she left behind there.

It’s not that we don’t enjoy the predictable ebb and flow of these films, it’s just… well, sometimes we like to imagine there’s more to a woman’s life than just these two scenarios. Which is why we’re so excited for Alison Brie and Dave Franco’s new film – especially as it seems set to hold up a lot of those old romcom tropes and do something really smart with them.

Here’s what you need to know, then, about Somebody I Used To Know.

What’s the plot of Somebody I Used To Know?

The official synopsis for Brie and Franco’s fourth film collaboration reads: “Workaholic TV producer Ally faces a major professional setback which sends her running to the comforts of her hometown. She spends a whirlwind evening reminiscing with her first love Sean, and starts to question everything about the person she’s become.”

So far, so predictable. But then…

“Things only get more confusing when she discovers Sean is getting married to Cassidy, whose confidence and creative convictions remind Ally of who she used to be.”

24 brilliant TV shows that were cancelled before their time

Cue an “unconventional love story about three people who unexpectedly help each other re-discover who they really are, where they came from, and where they’re going.”

Watch the trailer for Somebody I Used To Know below:

Not to get all Schitt’s Creek about this, but did anyone else sense a whisper of desire between Ally and Cassidy in those final scenes?

Who stars in Somebody I Used To Know?

Alison Brie takes the lead as Ally, while Sam Ellis and Kiersey Clemons star opposite her as Sean and Cassidy.

Your Place Or Mine, Reese Witherspoon’s new Netflix film, is the romantic content we all need in our lives

Kiersey Clemons (Dope), Haley Joel Osment (The Sixth Sense), and Julie Hagerty (Airplane!) make up the rest of the talented cast, and there’s an extra special treat for Community fans, too, as Danny Pudi also stars as Ally’s friend.

It’s basically a mini Community reunion of two, before the actual Community movie comes out. Hurrah!

What are people saying about Somebody I Used To Know?

Brie, for one, is very excited about the film, which she wrote with Franco.

“My husband and I wrote this movie together, and then we got to make it with the loveliest, most magical group of people,” she wrote on Instagram of the project.

When can we watch Somebody I Used To Know?

Somebody I Used To Know will become available for streaming on Amazon Prime Video from 10 February – so just in time for Valentine’s Day.

Will you be watching?