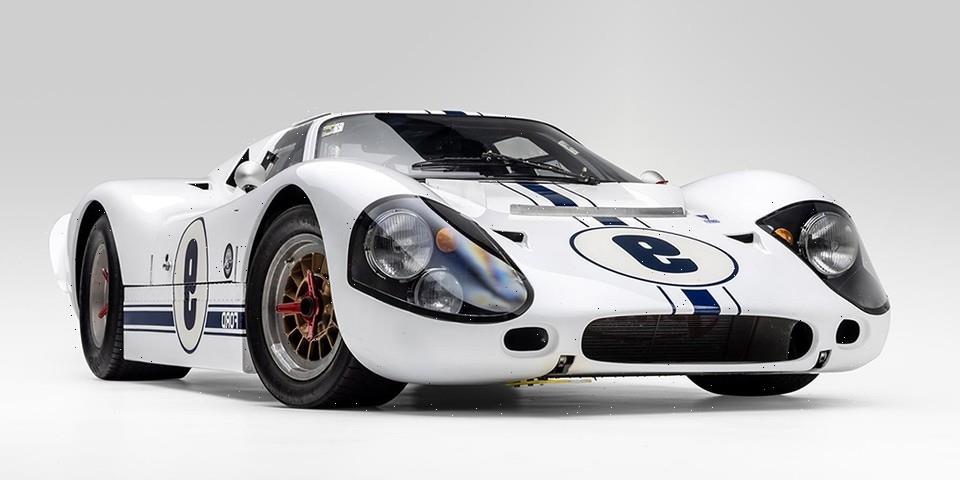 What you’re looking at above is not your average Ford GT40 — no, this 1967 Mk IV example has the chassis number J-9, meaning it served as the prototype test mule designed by Kar Kraft of Brighton, Michigan, that resulted in it becoming a Group 7 Can-Am open cockpit car.

The J-9 came to fruition because of changing Le Mans racing rules for its 1968 24 Hours race. Originally, this GT40 was fitted with the desirable seven-liter V8 engine but new regulations stated that no car could have a displacement of over five liters, so it was converted into becoming a Can-Am prototype instead.

Additionally, plenty of cosmetic and aerodynamic changes were also implemented. For example, it was fitted with an adjustable-dihedral rear wing and a new body kit all around, but included in the sale comes all the original parts such as the chassis tub, chassis number tag and sub-components, and the original Can-Am test body.

Two former Shelby employees owned the car from the late ’60s to 2012, but it was then bought by an auto shop who then converted the Can-Am prototype back to its former GT40 glory. Now, the car is up for auction at Bonhams with an estimate of $3,000,000 USD to $3,500,000 USD. Take a look at the car above, and find out more about the auction — which commences on August 13 — on Bonhams’ website.