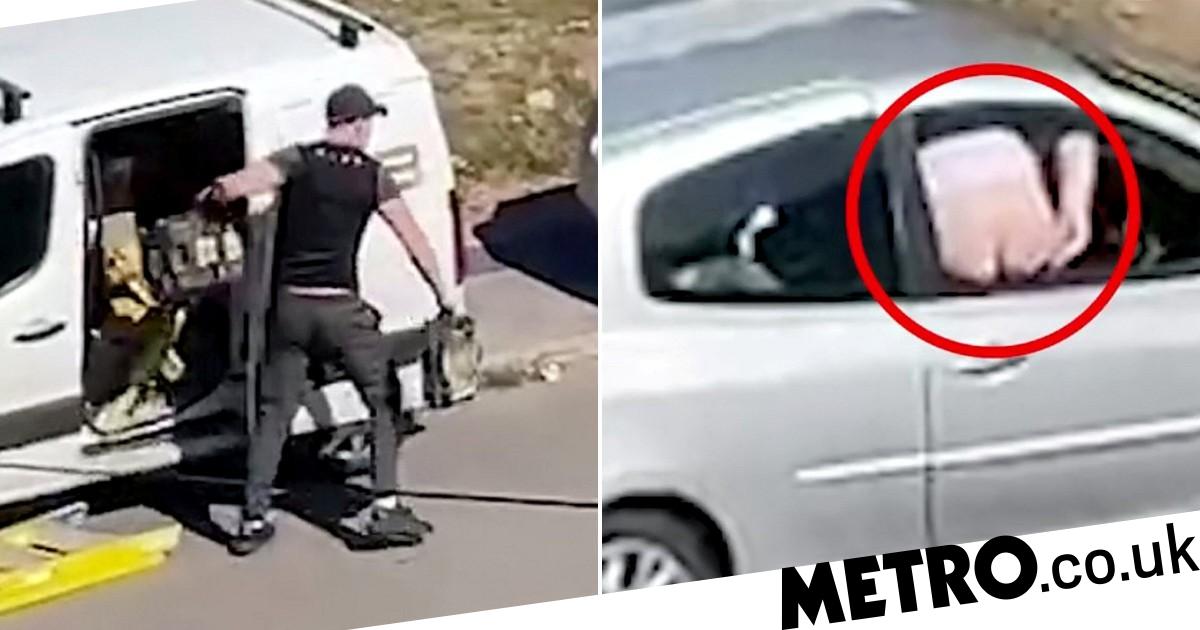 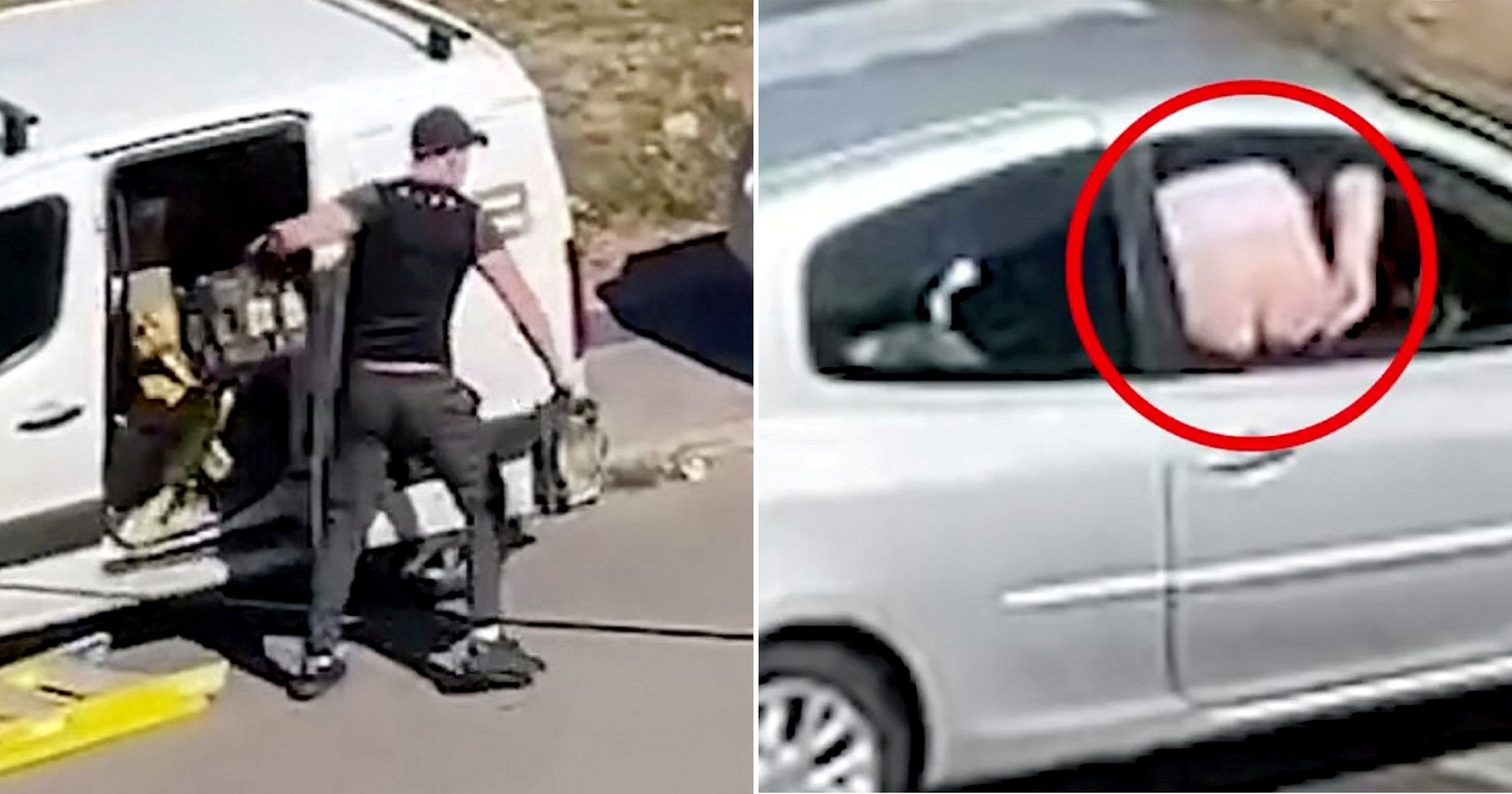 Police have released a wanted appeal with a difference, as one of the thieves has not shown his face in the CCTV footage.

Instead, officers are hoping he might be identified by a different aspect of his appearance – due to his ‘bare-faced cheek’.

They shared CCTV footage of two men pinching tools from a nearby van, as part of a spate of similar incidents in Coventry.

As one of them gets to work stealing the items worth around £600 from a vehicle after smashing its window, the other decided to moon witnesses from his getaway car.

The thieves who struck the van on Fred Lee Grove on the morning of August 11 are thought to be linked to a wider group that has targeted more than 40 tradespeople across Coventry in recent weeks using vehicles on cloned registration plates.

#APPEAL | Weâve released video footage showing the bare-faced cheek of thieves stealing tools from a van in broad daylight â as one âmoonsâ through a car window at witnesses.

The offenders struck just before 11am on 1 August in Fred Lee Grove.

Other video footage shows a larger group armed with crowbars stealing from a van in Broad Lane before driving away in a black Audi.

Coventry Police Detective Inspector Stew Lewis said of the mooning thief: ‘We’ve had a bit of fun with the video in the hope it will be widely shared and generate information about who might be involved.

‘But these offences are no laughing matter. These brazen thieves have stolen tools worth thousands of pounds; tradespeople have been left out of pocket and badly inconvenienced.

‘They’ve also brandished crowbars and metal batons during some of the thefts and we’re concerned they may be prepared to use violence.

‘We need to find these thieves. If you think you recognise them, suspect who may be involved, or have been offered tools for sale in suspicious circumstances, then please get in touch.’

For more stories like this, check our news page.