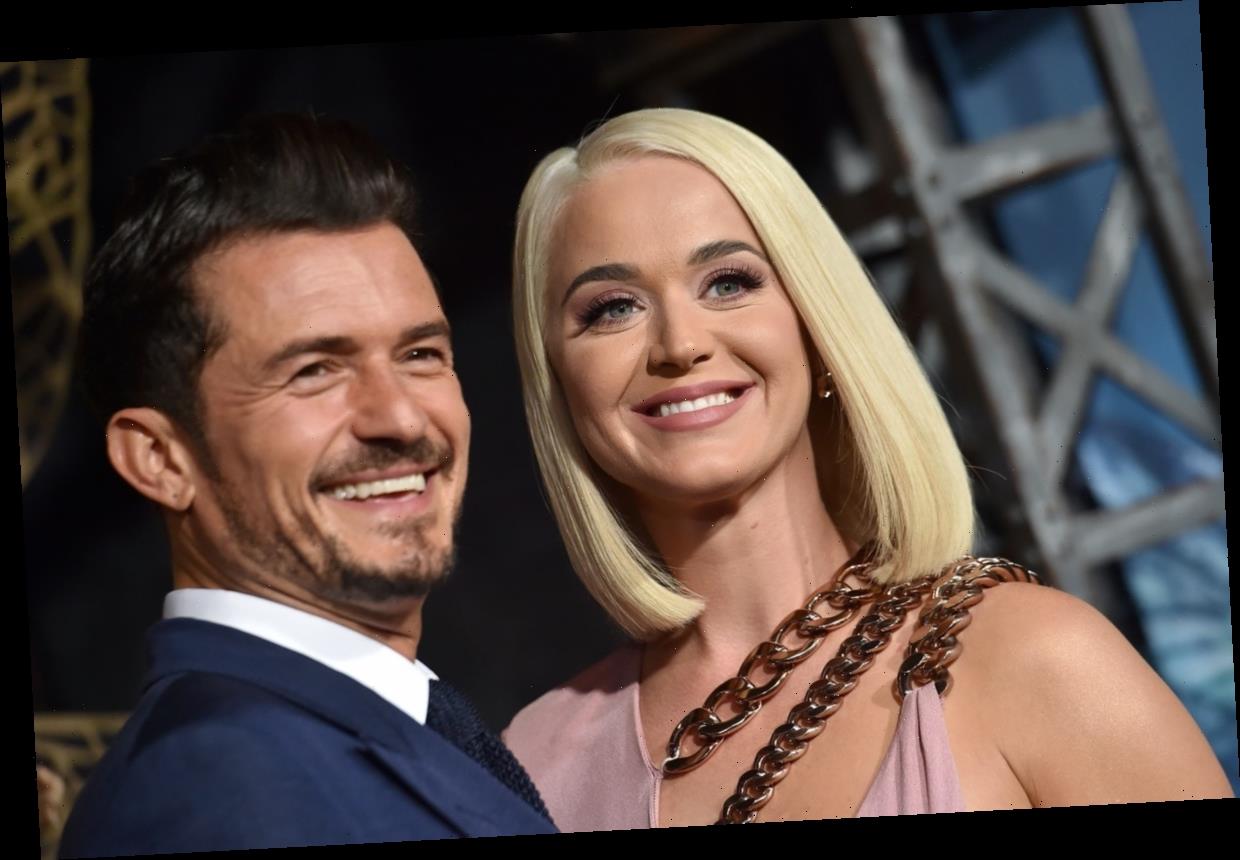 From the tracks "Never Really Over" to "Harleys in Hawaii" to "Champagne Problems."

Katy Perry welcomed not one, but two things into the world this week: her daughter, Daisy Dove Bloom, with fiancé Orlando Bloom and her sixth studio album, Smile, out Aug. 28. To commemorate the momentous occasion(s), we’ve parsed through Katy Perry’s Smile for lyrics about Orlando Bloom — and the upbeat pop tracks illustrate the couple’s ups, downs, and ups again. With ballads like “Never Really Over,” “Champagne Problems,” “Harleys in Hawaii,” and “Only Love,” Perry weaves the musical narrative of a relationship that has weathered various storms, only for the sun to shine again.

As for whether Perry’s muse has heard the tracks, the singer has said that Bloom has heard most, but not all the album. “I don’t think I’ve actually sat him down and said, ‘Listen to this record,’” Perry told Pinkvilla. “I’m gonna take him on a long drive and make him listen.” More so, Bloom wasn’t Perry’s only muse. She added that Bloom’s son Flynn, whom he shares with ex-wife Miranda Kerr, also informed the 12-track album. “I’ll say, ‘Flynn, here’s three songs. What do you think? Which one’s your favourite?’” Perry said. “He picked ‘Never Really Over’ last year when he was 8 [and] said, ‘That song is the best song to go with and you need to go with that song,” and, he was right.”

Below are all the Smile songs (and corresponding lyrics) about Perry and Bloom’s relationship.

In “Never Really Over,” Perry croons about the end of a relationship between two people, only for them to get back together again. Which lyrics like “Thought it was done, but I guess it’s never really over” and “Just because it’s over doesn’t mean it’s really over” — not to mention, “And if I think it over, maybe you’ll be coming over again” — the lyrics are a likely nod to her on-again, off-again relationship with Bloom over the course of the last three years. The two eventually got engaged on Valentine’s Day 2019.

An upbeat track about getting through some of the more difficult parts of a relationship, “Champagne Problems” is all about putting in the work. In it, Perry sings, “Make-ups to the breakups, times we coulda gave up / We put the dirty work in, so now we know it’s worth it / Now we’re celebrating / I’m so glad we made it this far.” Perry explained to PEOPLE earlier this month that the song "really talks about how intense" her relationship with Bloom has been and "how many things we have had to go through.” She said, “If it’s a real relationship, it’s going to challenge you into your best self.”

In “Harleys in Hawaii,” Perry sings about, well, riding Harleys in Hawaii: “Boy, tell me, can you take my breath away? Cruisin’ down a heart-shaped highway,” she sings. “I’ll be your baby, on a Sunday / Oh, why don’t we get out of town?” In the chorus, Perry croons, “You and I, ridin’ Harleys in Hawaii, I’m on the back, I’m holdin’ tight.” When Perry previewed Smile on the Zach Sang Show in July 2019, she cited a motorcycle ride with Bloom as the inspiration behind the track. “To be on the back of a motorcycle in Hawaii with the air blowing on your face is so beautiful,” she said. “I was whispering to Orlando, ‘I’m going to write a song called ‘Harleys in Hawaii,’ and I did. It just dropped into my head.”

Finally, in “Only Love,” Perry reflects on re-focusing on the things that truly matter in life. She references her family — specifically, her mother and father — and sings, “I swear sometimes I hear myself talking, getting mad / Take shit so personal, like it really matters / It’s scary how quickly I lose perspective.” She later adds, “Lost in my head / Let me leave this world with the hate behind me, and take the love instead.” This could be a nod to not taking her loved ones — whether her parents, fiancé, and friends — for granted. As Perry explained to NPR, “[‘Only Love’] talks about what happens if life were to hand us a curveball. How would you look at the things that are important? Will you re-prioritize? Would you reframe?”

Between "Never Really Over," "Champagne Problems," "Harleys in Hawaii," and "Only Love," Bloom appears to be the ultimate Perry muse.