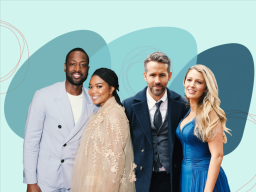 When it comes to how celebrity couples first met, we’ll be the first to admit we can’t get enough! C’mon, who doesn’t adore a good meet-cute? It goes without saying it’s fun to see the sweeping, romantic ways stars fall in love onscreen. But there’s something undeniably special about hearing about the behind-the-scenes start of their real-life love stories.

Admittedly, some celebrity couples’ first introductions seem as though they could have been pulled straight from the script of a hit rom-com or page-turning novel. Hugh Jackman describes the first time he saw now-wife Deborra-Lee Furness as a mutual like-at-first-sight. In other cases, life imitated art. Ryan Gosling and Eva Mendes fell hard after he recommended she play his love interest in 2012’s The Place Beyond the Pines. And many celebrity couples experienced an instant moment of electricity, but the timing just wasn’t right for years after that first jolt (we’re looking at you, J.Lo and A-Rod!).

But whether these couples met in ways that were a direct result of being in the industry or just the byproduct of pure happenstance — Matt Damon and Luciana Barroso stand out as the latter — they all have one thing in common: meeting each other ultimately translated into lasting love. So, join us in celebrating the first-intro stories of some of Hollywood’s sweetest pairs.

A version of this article was originally published in May 2020.