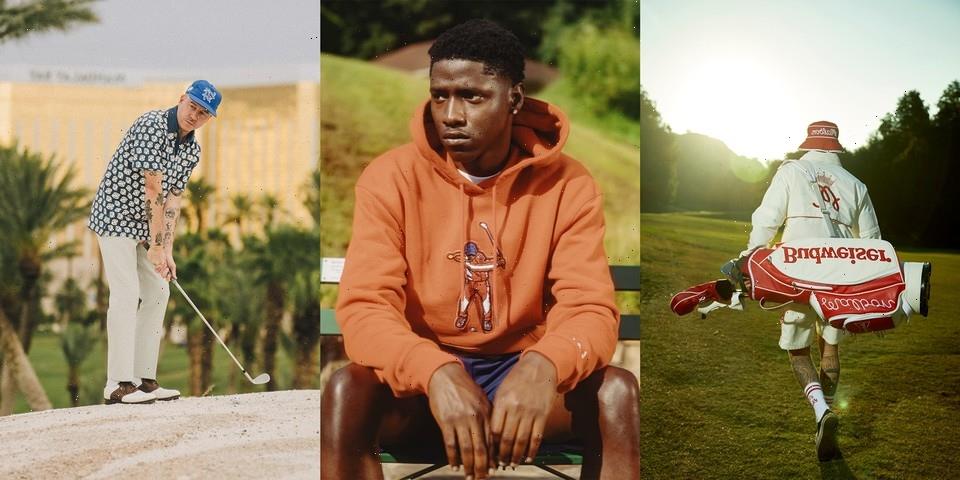 The last few years have seen a new injection of youth and energy into golf, as the pandemic motivated people to pick up a club for the first time, or the first time in years. From a fashion angle, the emphasis shifted away from imitating the style seen on tour, and an opportunity opened for new creatives to come in and provide a fresh take on traditional golf attire.

Compared with other sports, golf is unique in its absence of a required team uniform. On the surface, this should provide opportunity for creativity and self expression, and yet a different type of uniform takes shape regardless. Think striped polos, Bermuda shorts and saddle shoes. For many years, the sport struggled to break out of this rigid dress code, with its audience remaining primarily older and upper-middle class.

But now this is all changing, and these are five streetwear golf brands pushing the game’s aesthetic forward. 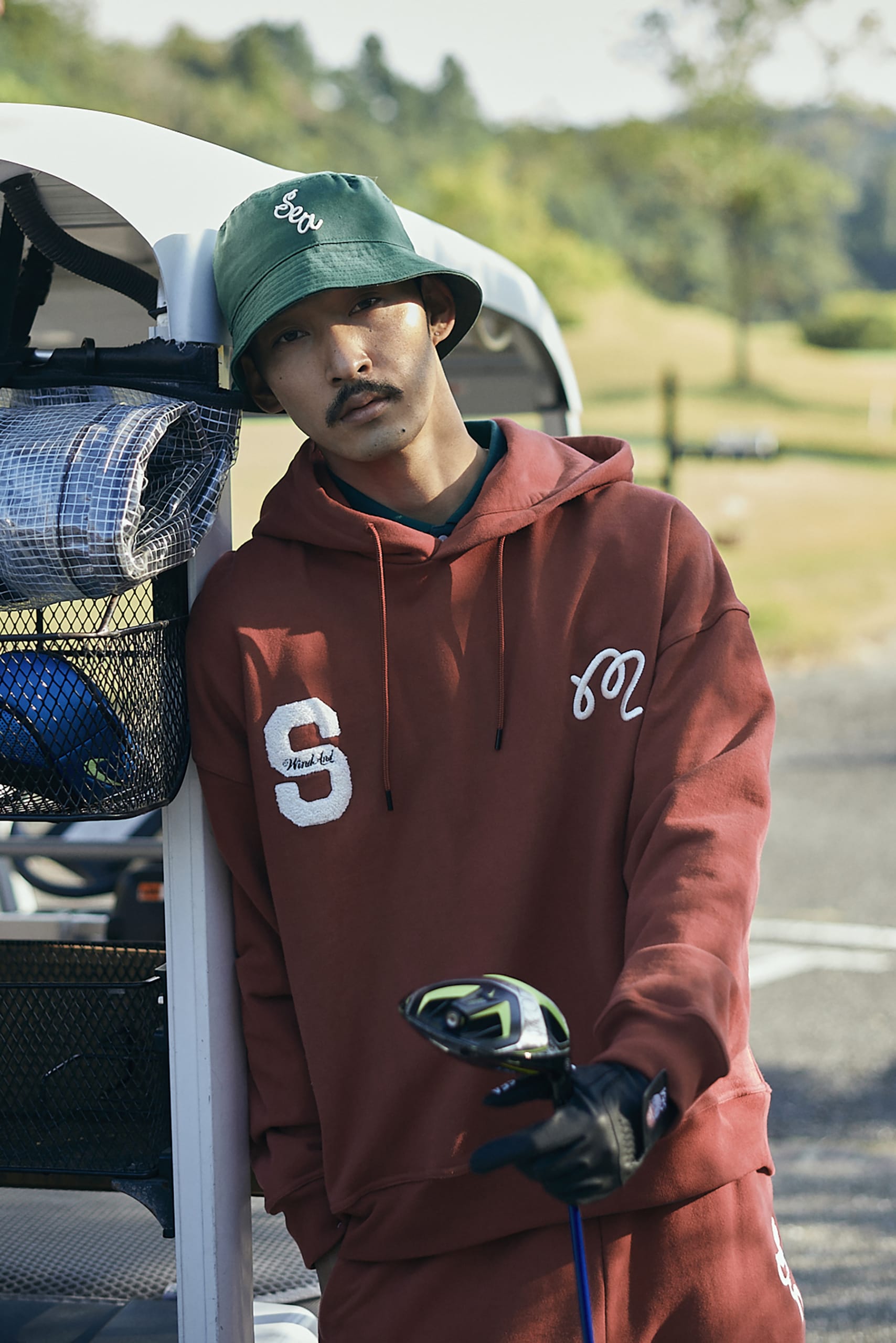 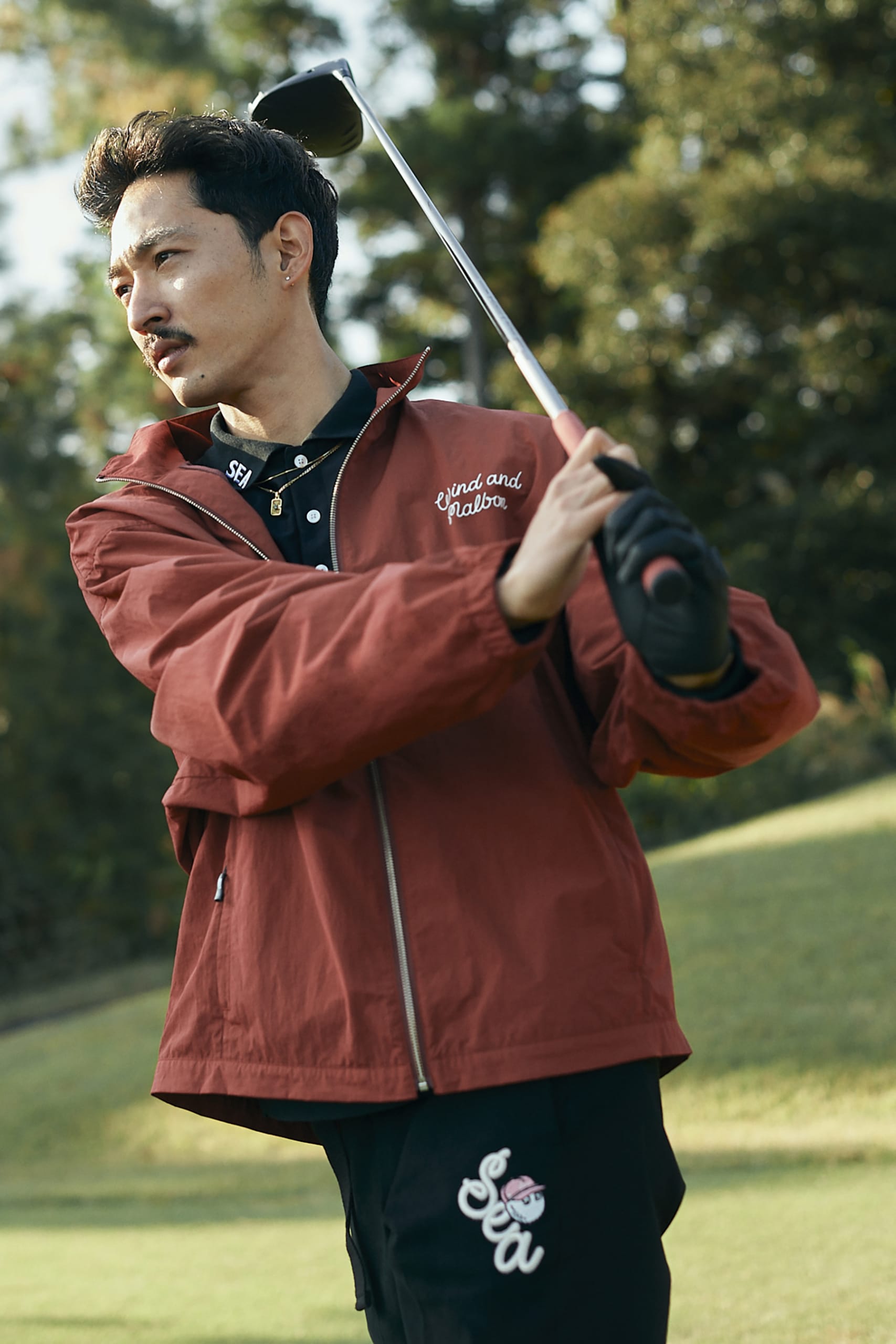 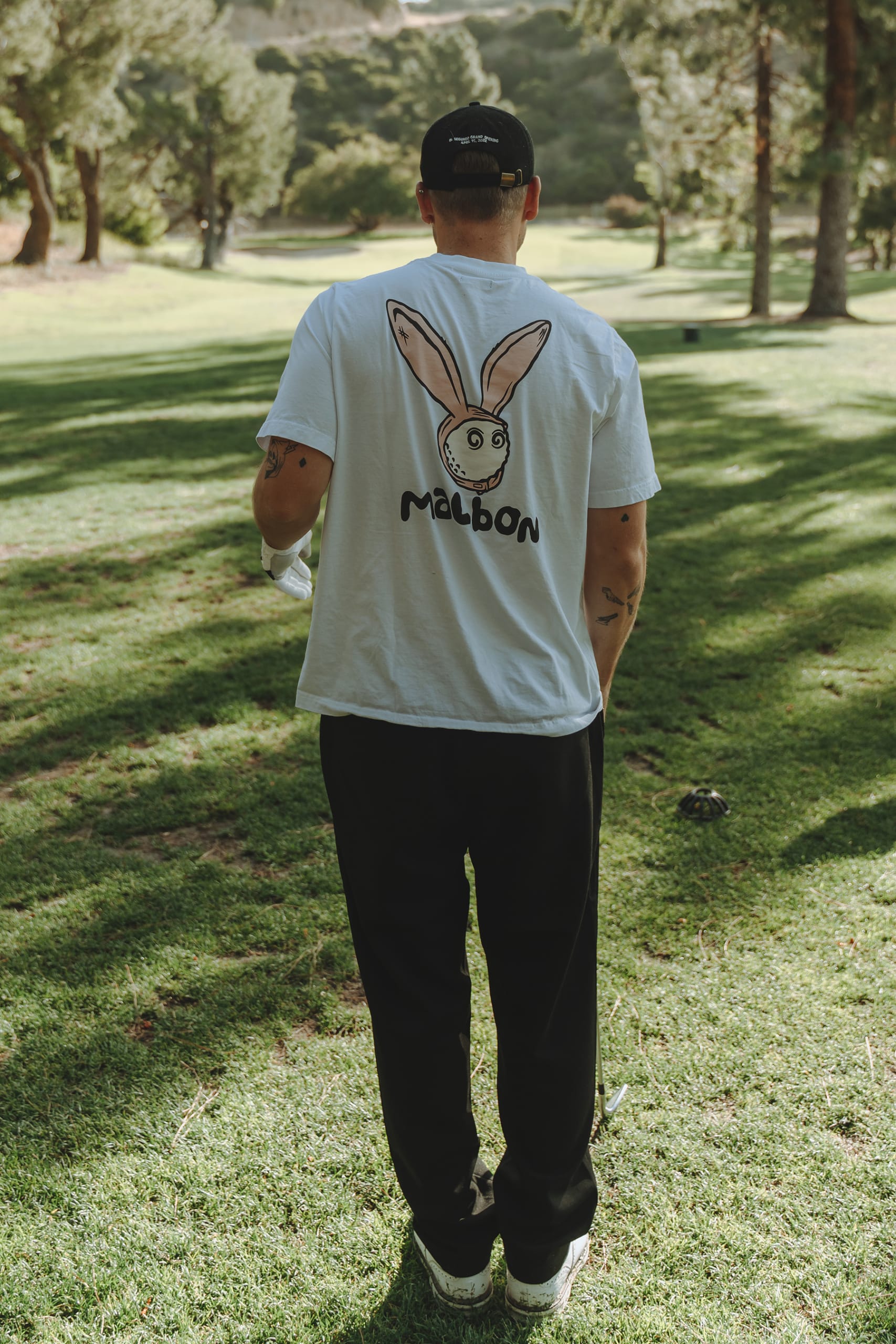 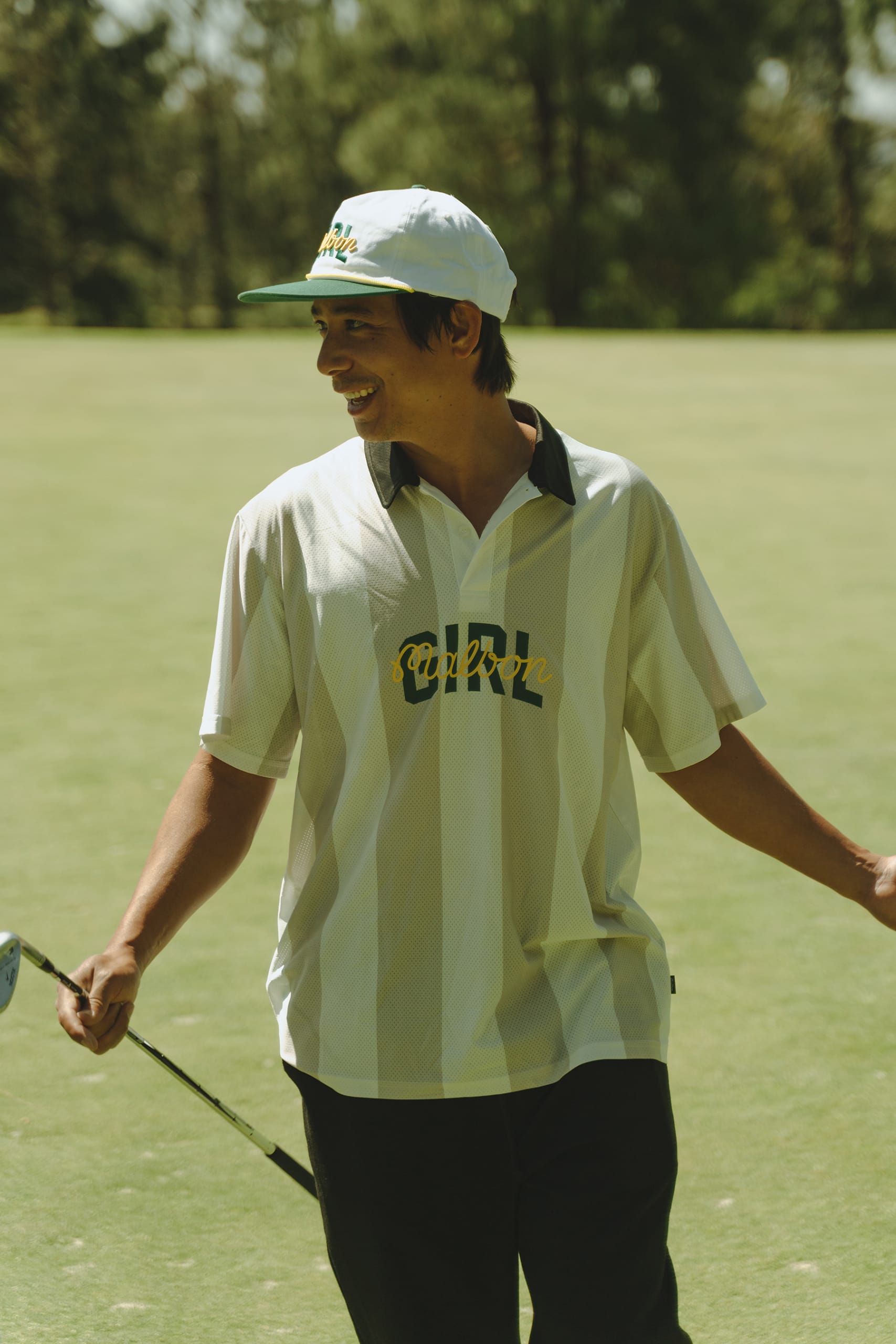 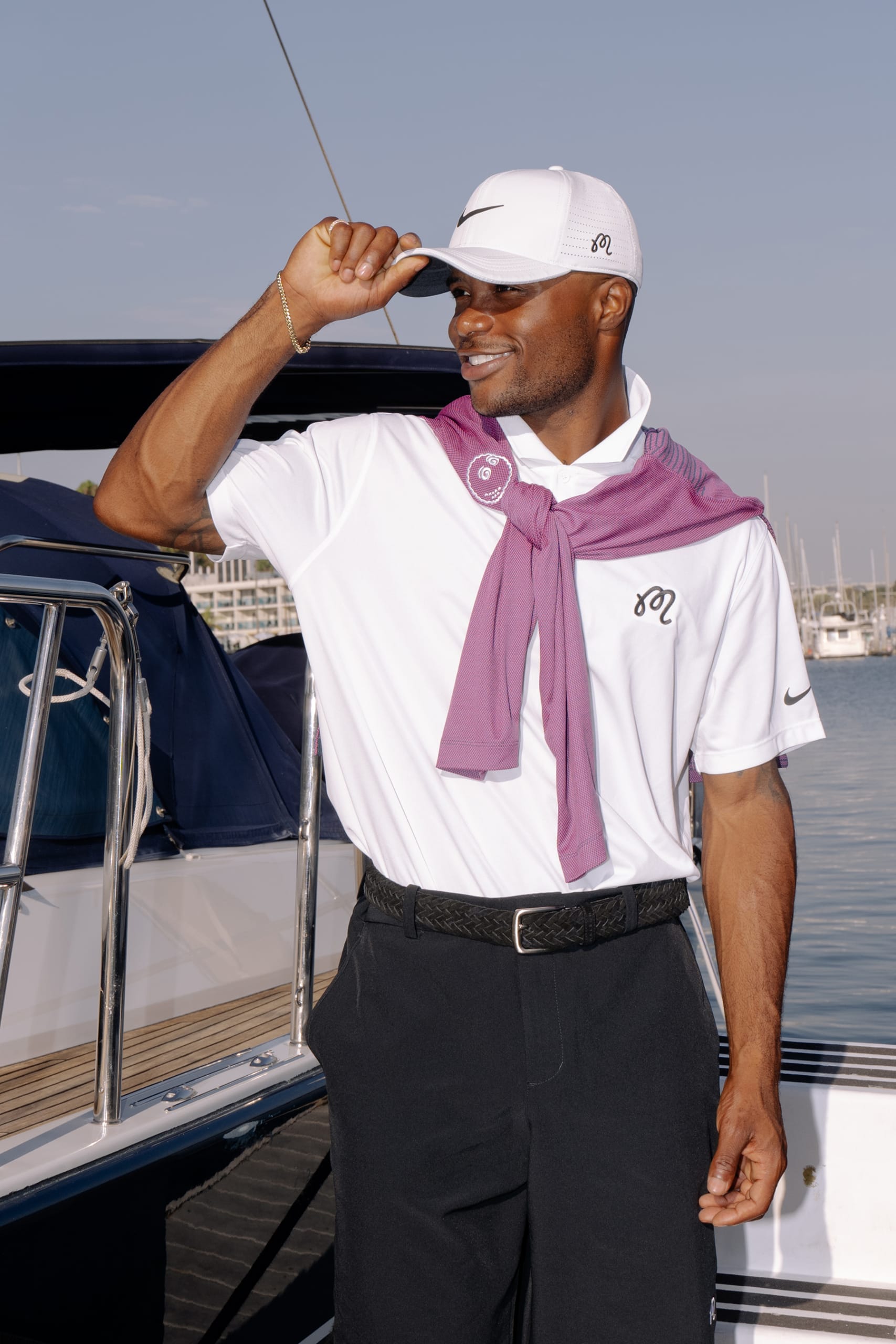 Malbon Golf was founded in 2017 by LA creatives Stephen and Erica Malbon, and is the closest to achieving mainstream acceptance in a crowded market. In the past year alone, Stephen was named on the Hypebeast100 list of most accomplished creatives, and appeared in promos for the new PGA TOUR 2K23 game alongside the likes of Tiger Woods and ScHoolboy Q.

Collaborations have become increasingly common in golf, and that can be credited in large part to Malbon. The brand churns out collections at an unrivaled pace, joining forces with New Balance on one day and Budweiser the next. Key influences can range from West Coast skate brands like HUF, to traditional menswear outfitters such as Polo Ralph Lauren. One constant, however, is the label’s signature “Buckets” logo, which inevitably finds its way onto polos, hoodies, chinos and headcovers. 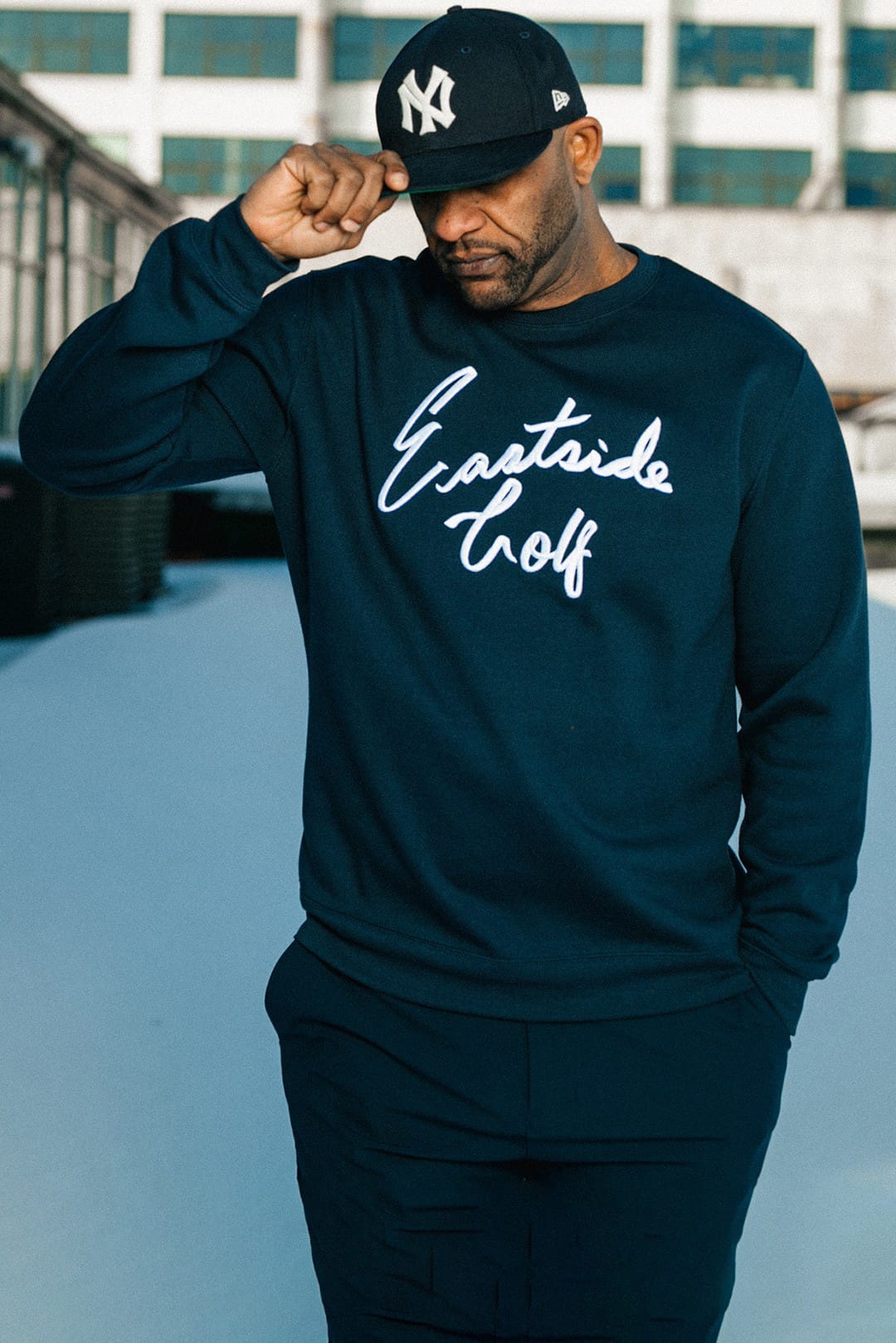 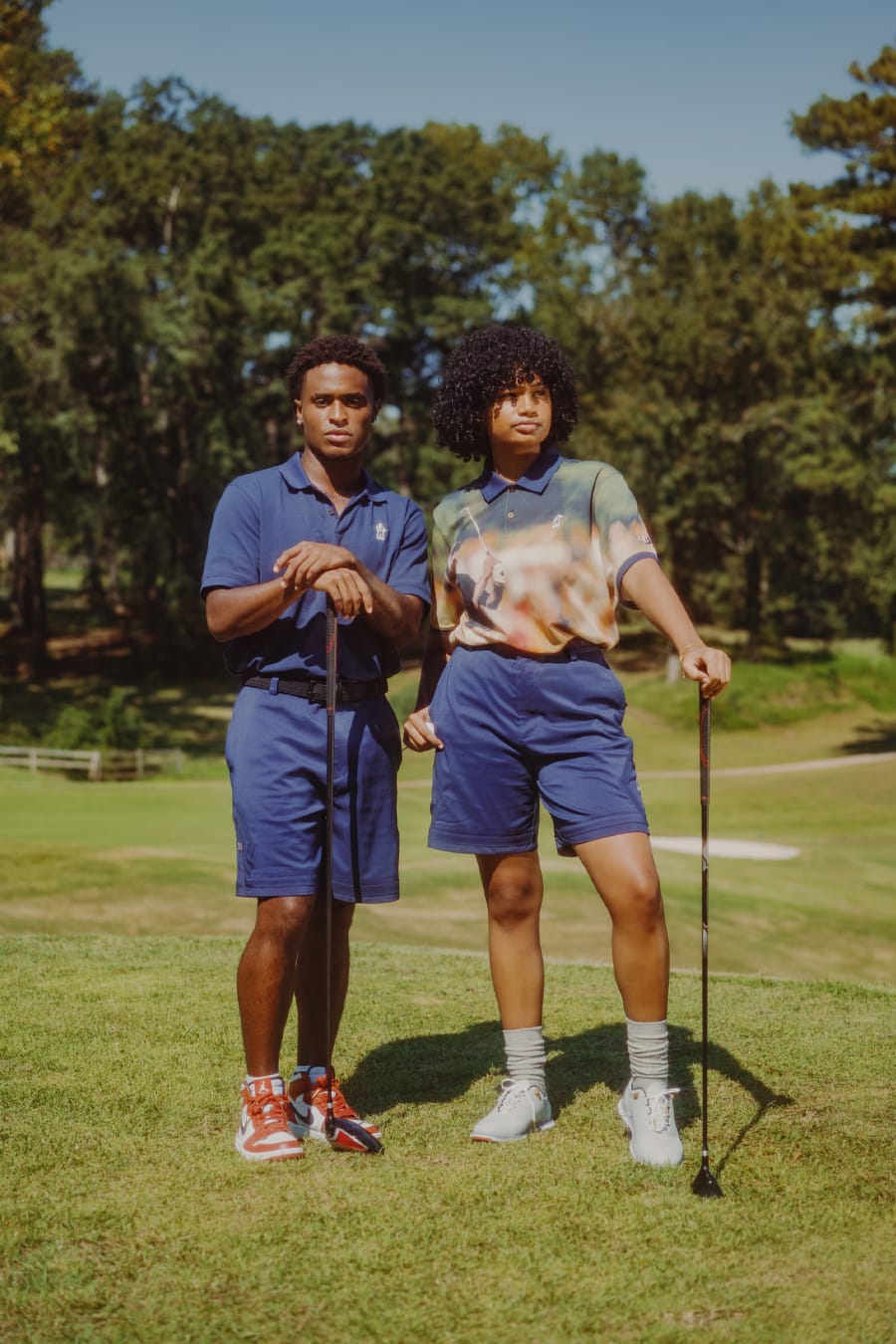 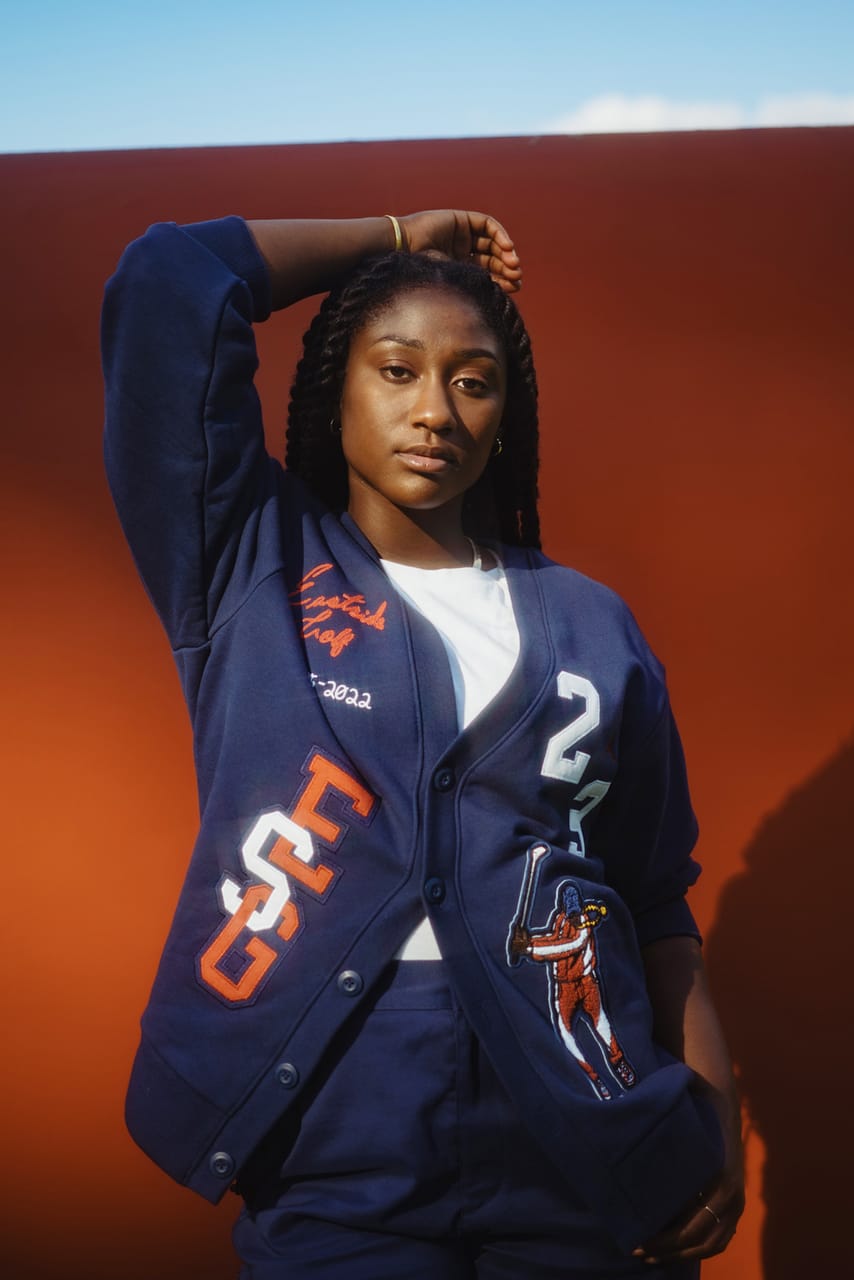 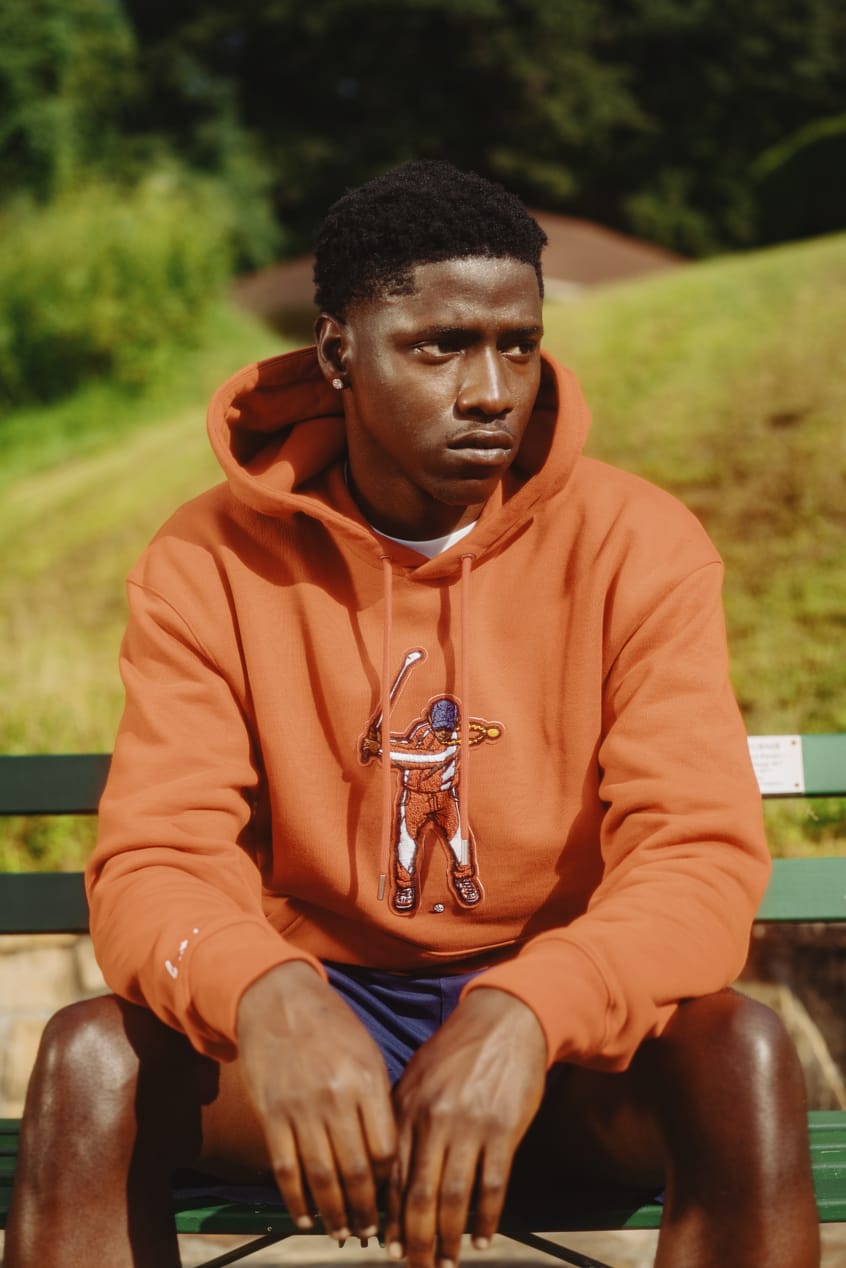 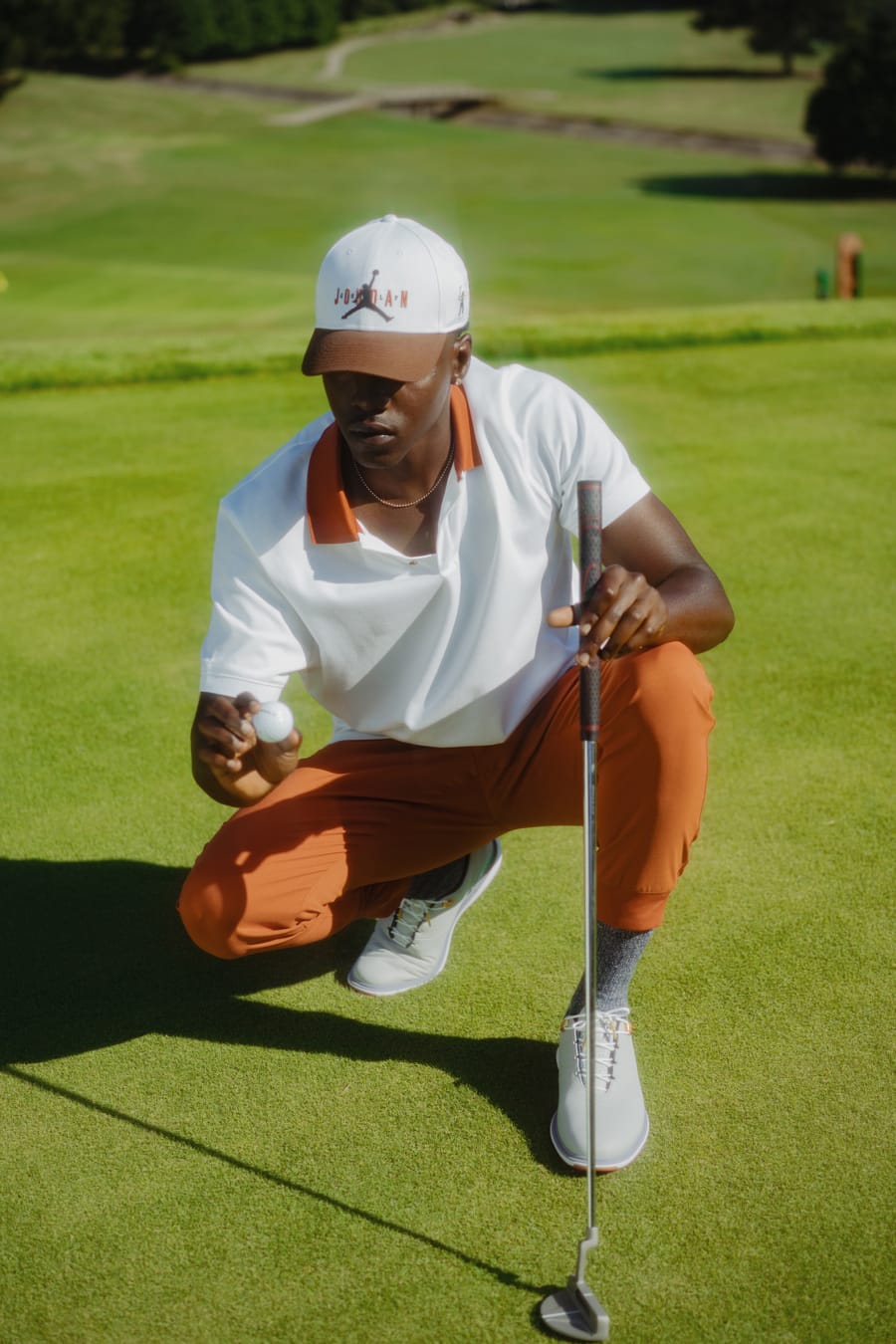 Rooted in golf but influenced by basketball, Eastside Golf was founded in 2020 by Olajuwon Ajanaku and Earl Cooper. A swinging chain logo references the iconic Jumpman and represents the rising influence of Black culture in an historically white and upper-class sport. “Be Authentic” is the central message for the founders, who met as student-athletes on the Morehouse College golf team.

As a whole, Eastside’s garments opt for simplicity and aim for relevancy both on and off the course. This makes it so that star athletes like Chris Paul and Patrick Mahomes are just as likely to be seen sporting the brand as up-and-coming golfers like Wyatt Worthington II. A recent collaboration with Jordan Brand, which included a full range of apparel and footwear, propelled Eastside to be featured in a docuseries produced by ABC News Studios. 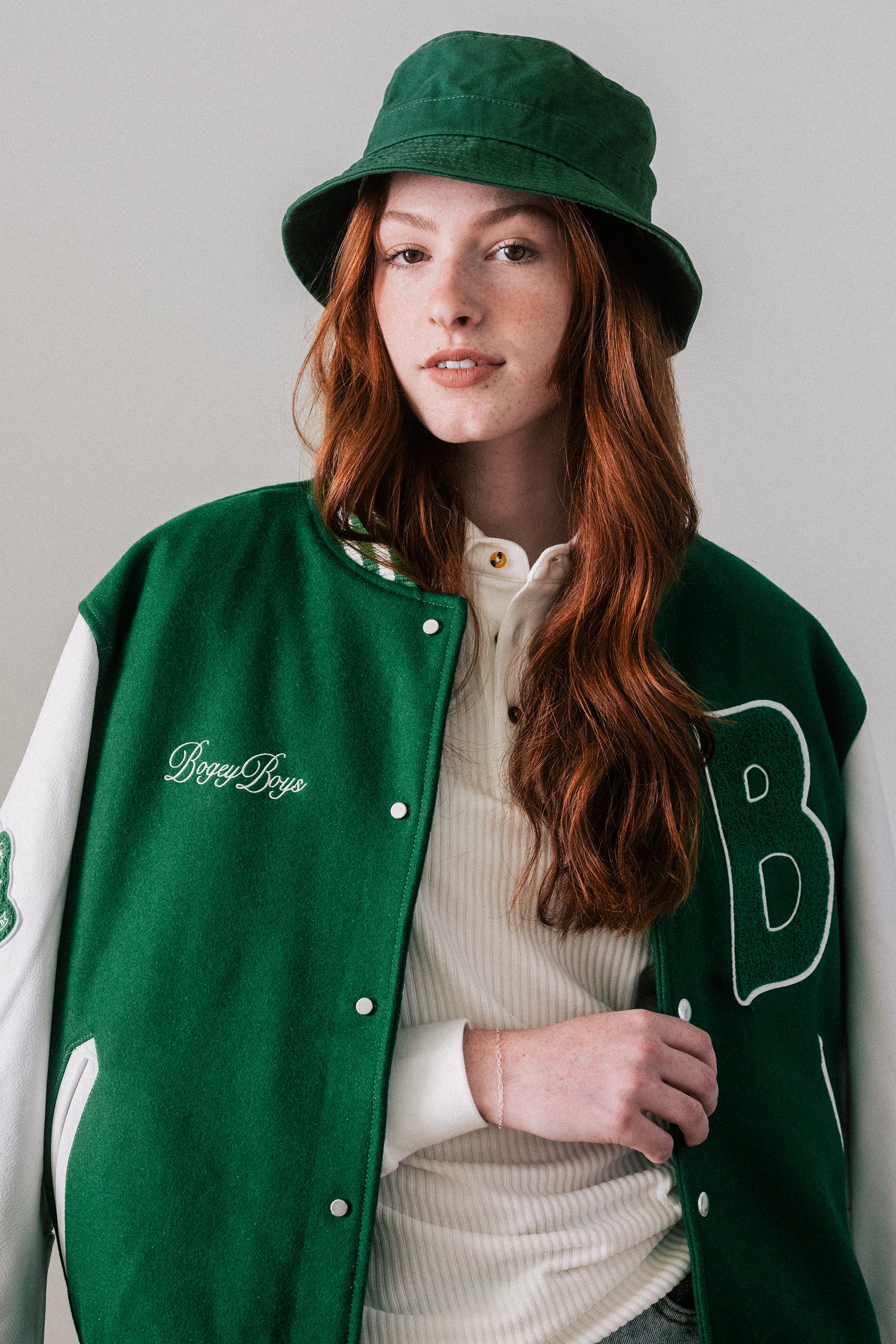 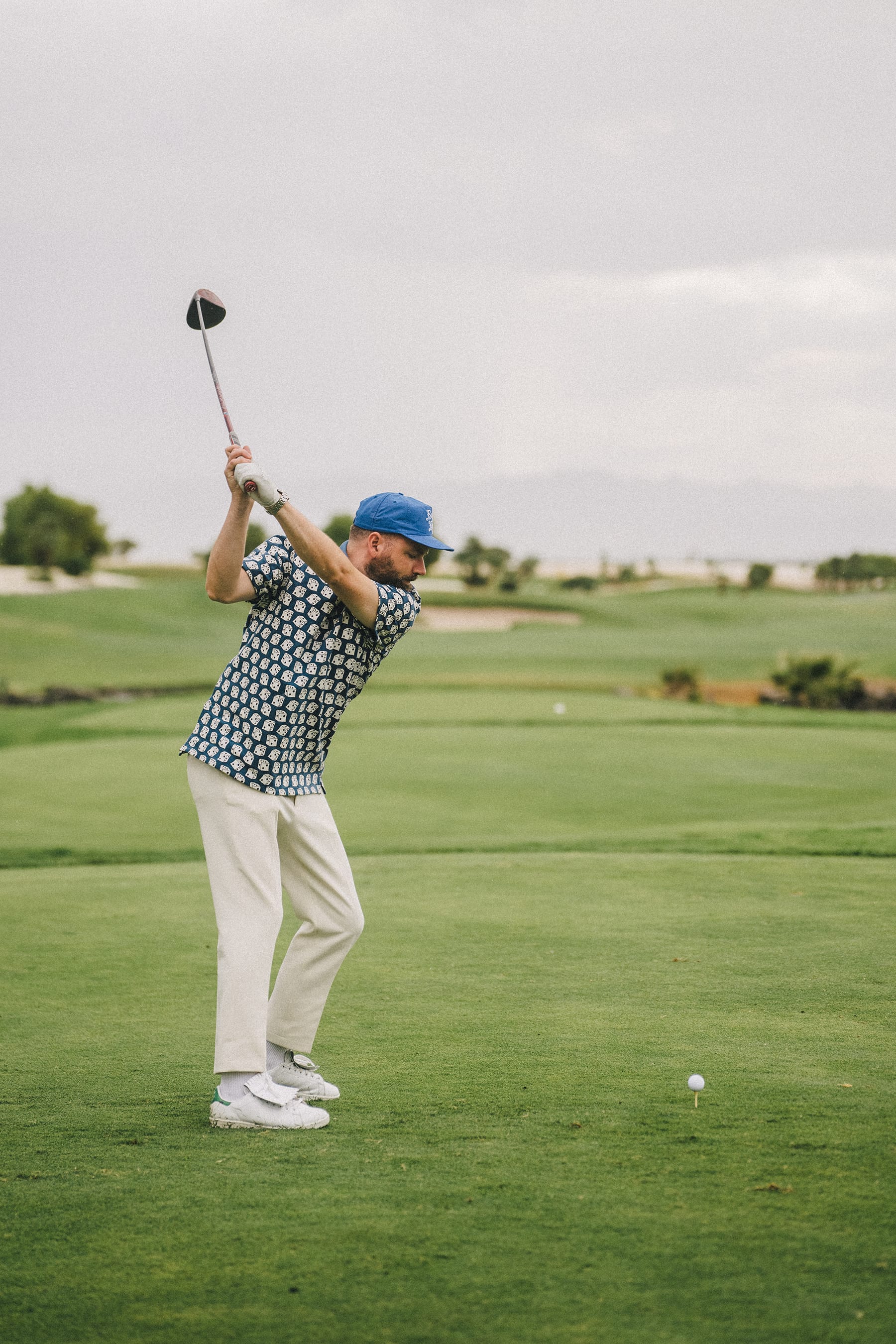 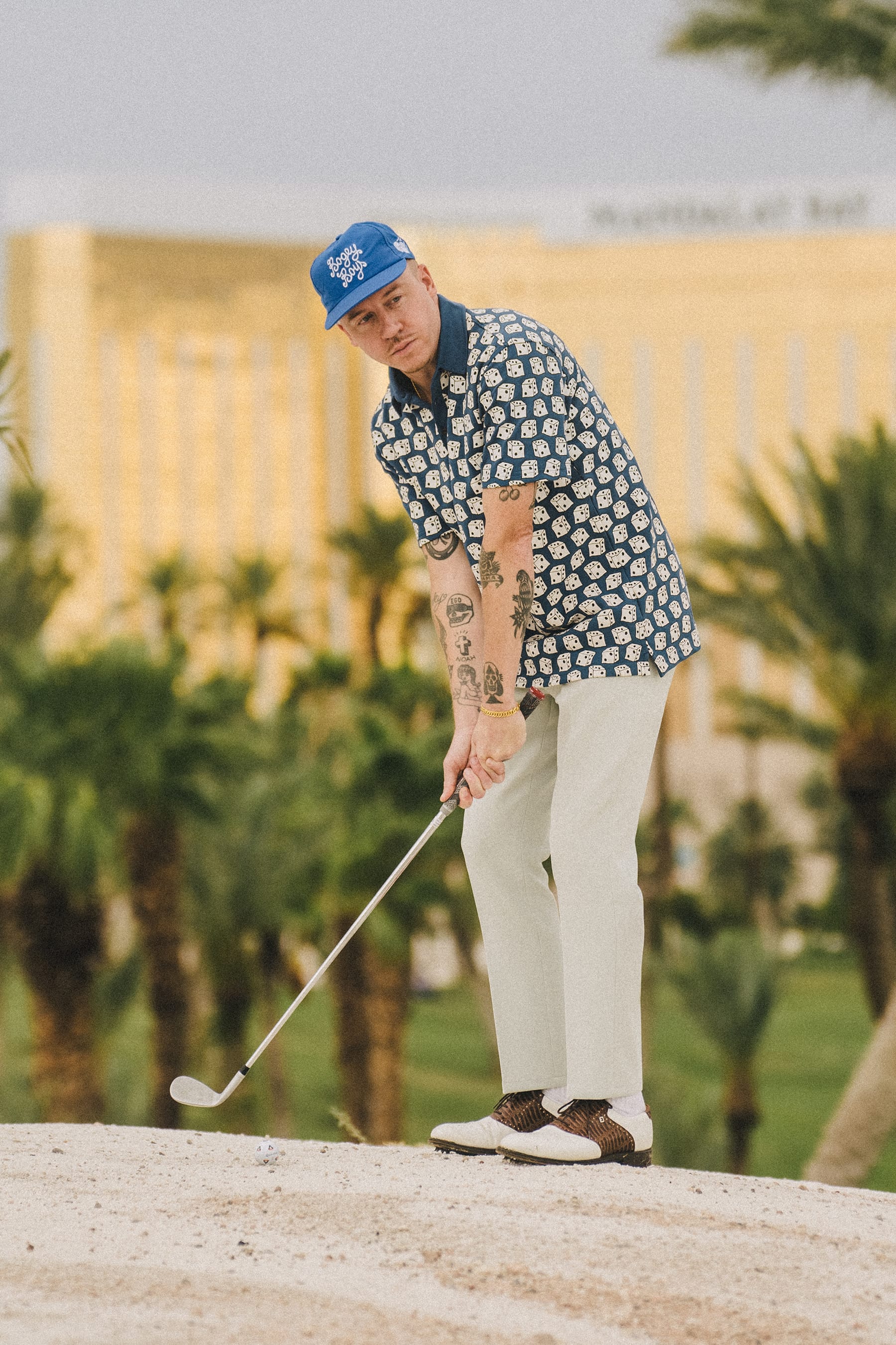 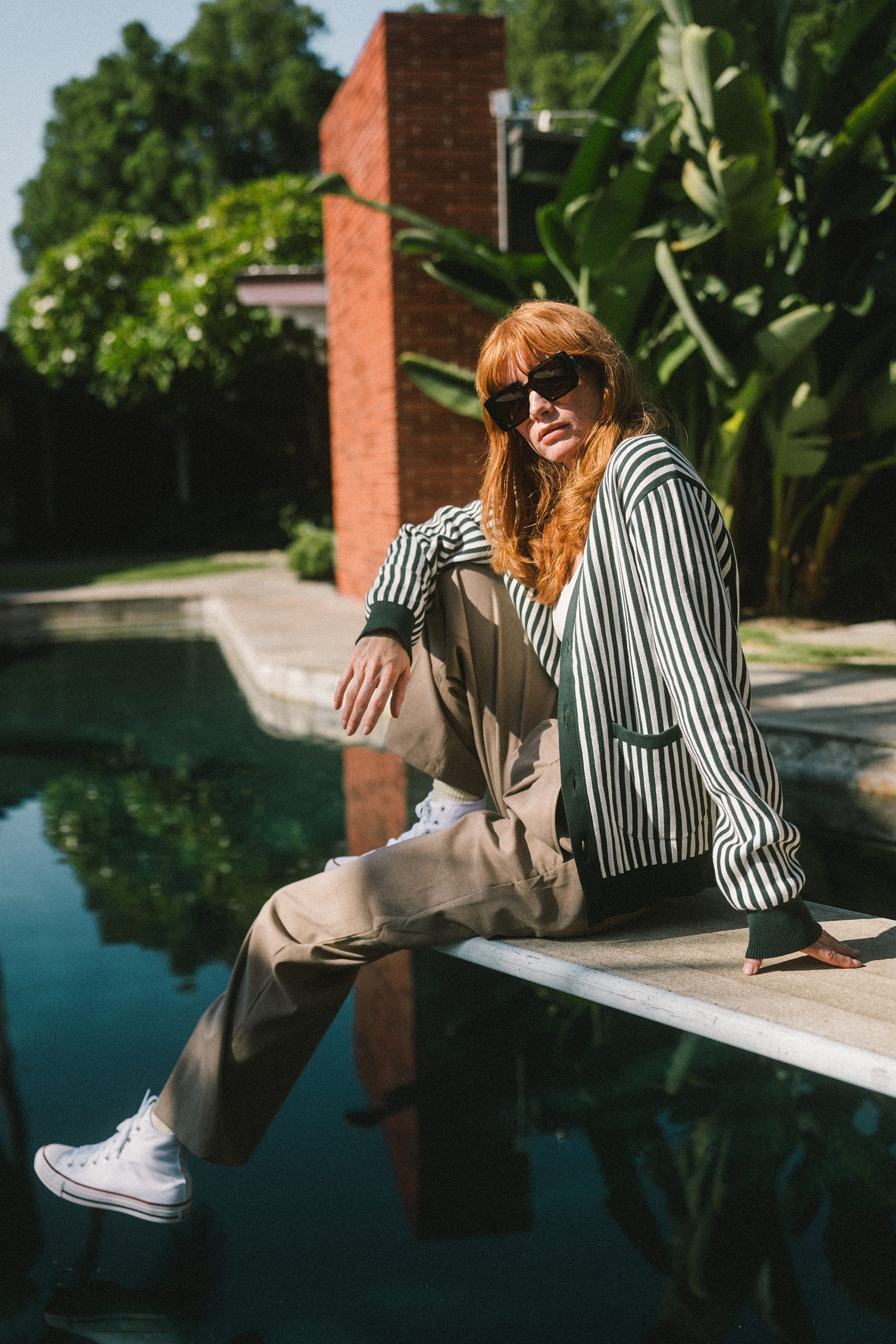 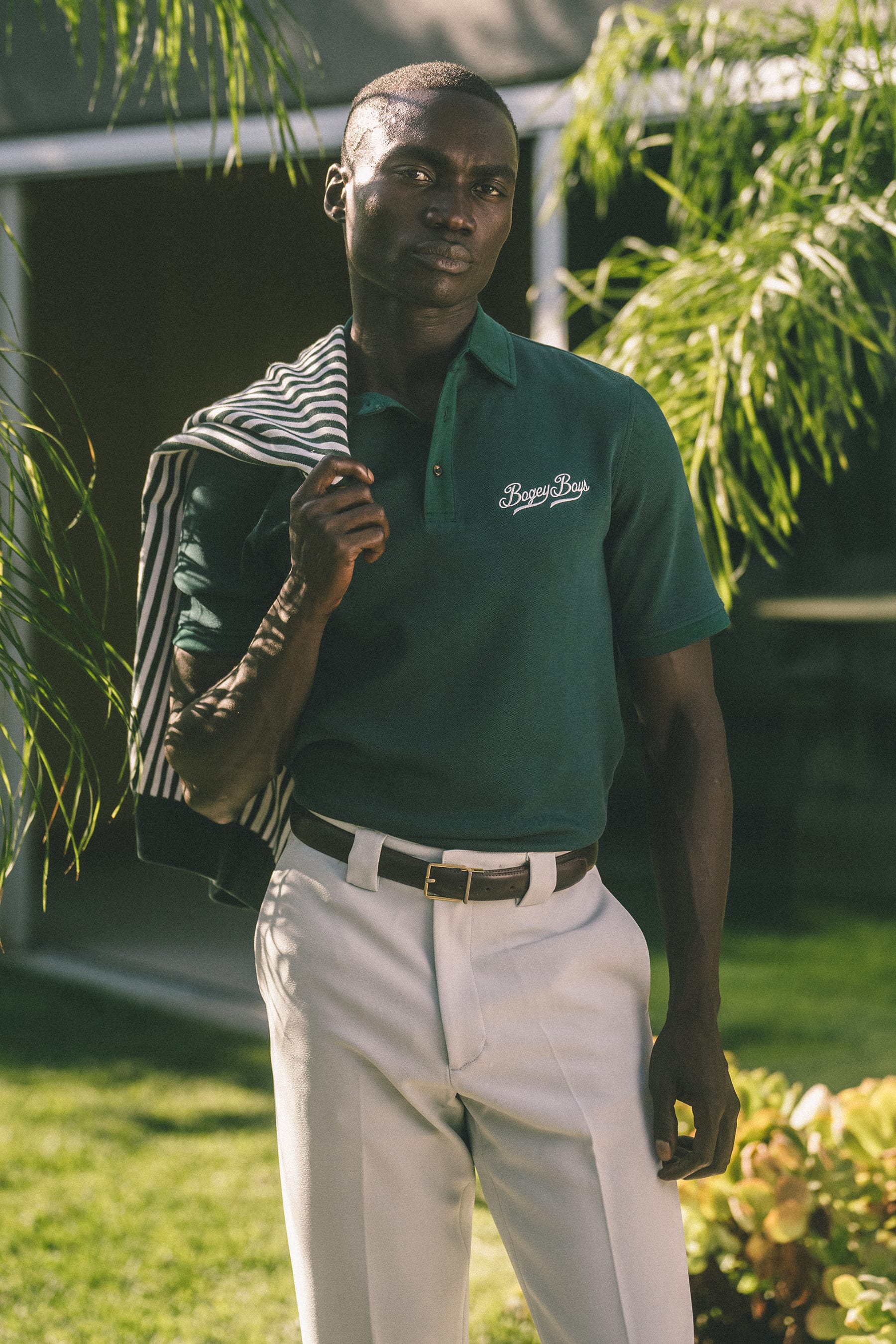 Bogey Boys was founded in February 2021 by Benjamin Haggerty, better known as Macklemore. The label began as something of a passion project for the Grammy winning artist, and represents his vision of a more fashion-conscious golfer.

Stylistically, the brand pulls heavily from vintage sportswear of the 70s and 80s, referencing brands like FILA and classic films such as Caddyshack. Soft, rich fabrics are preferred over technical polyester, which pairs well with Bogey Boys’ cut and sew polos, cardigans and trousers. So far, the label has staged a brick-and-mortar pop-up in Seattle, and smaller activations through Five Iron Golf. 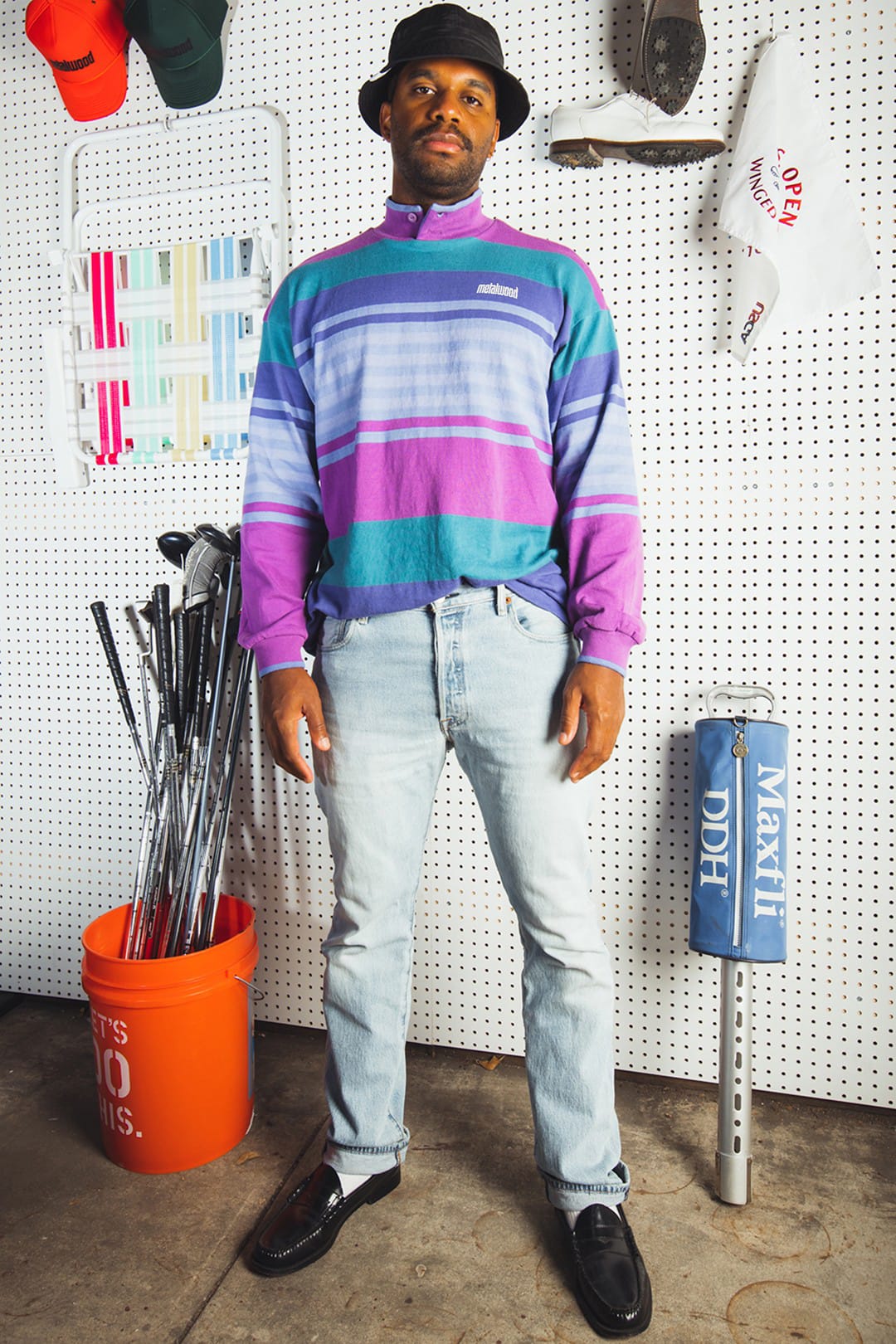 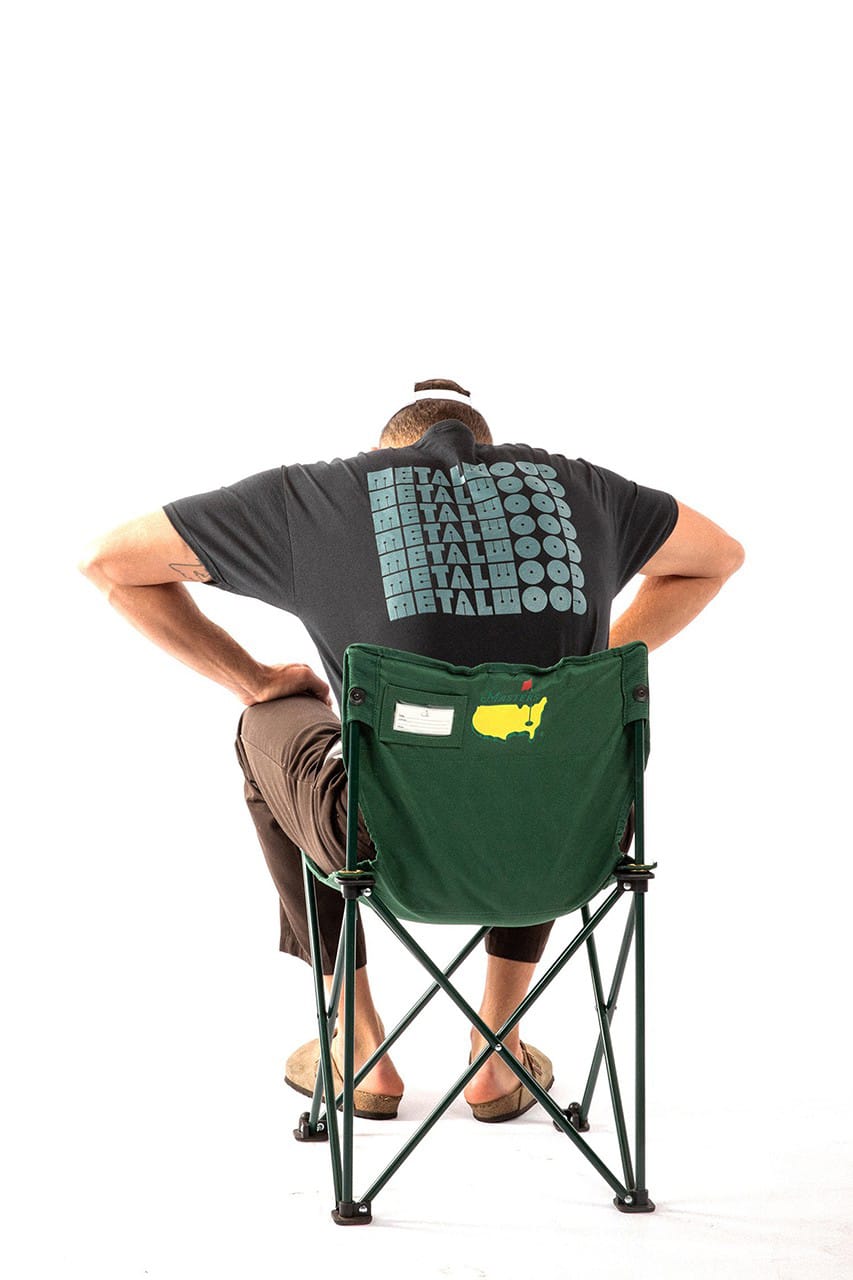 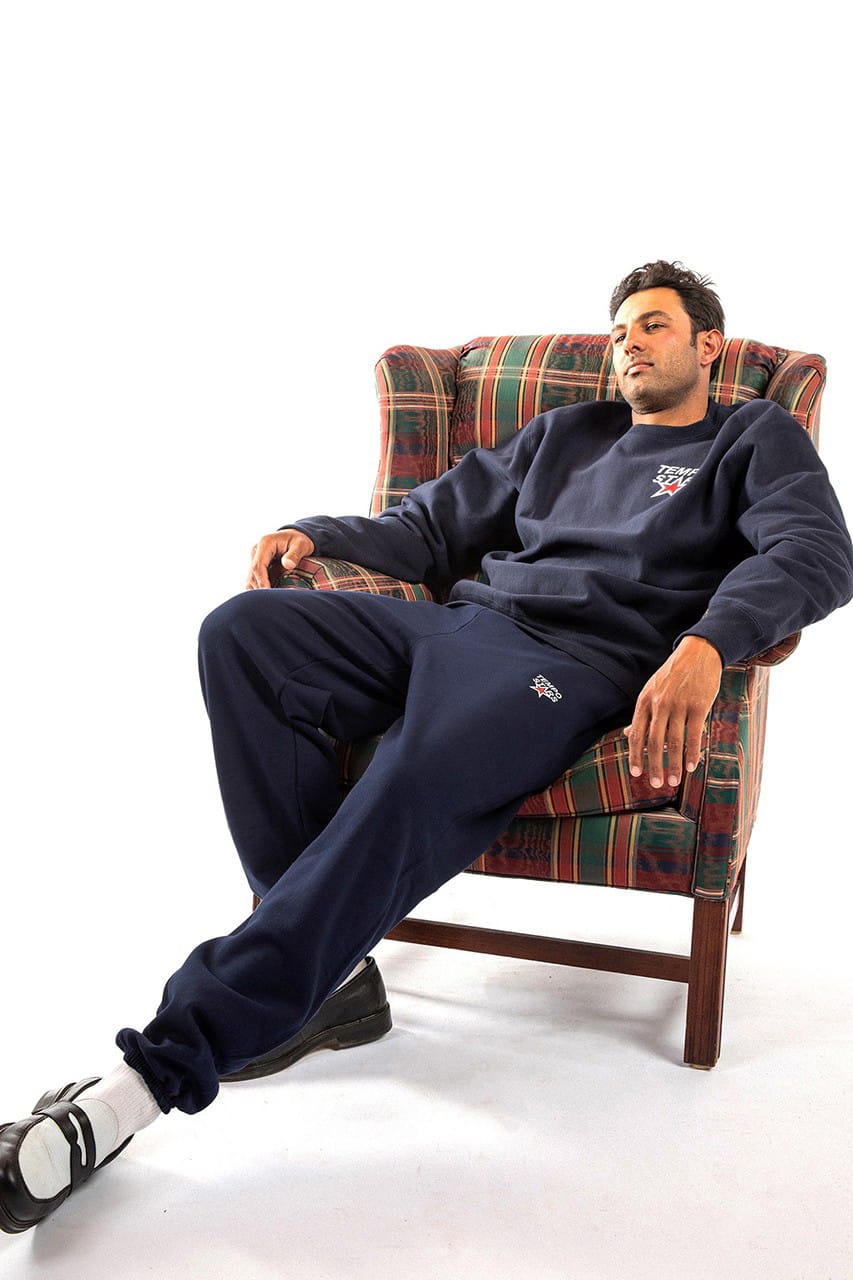 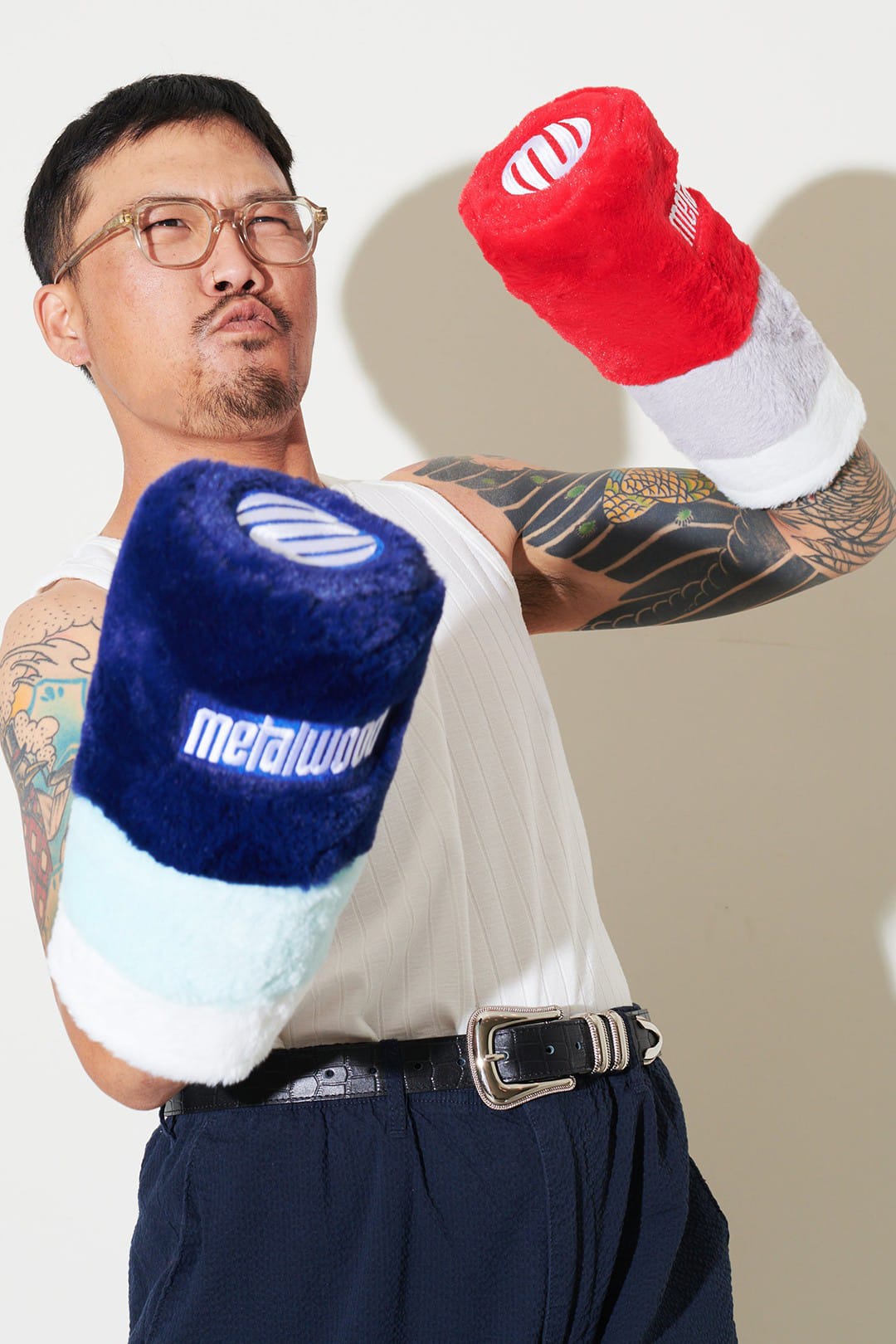 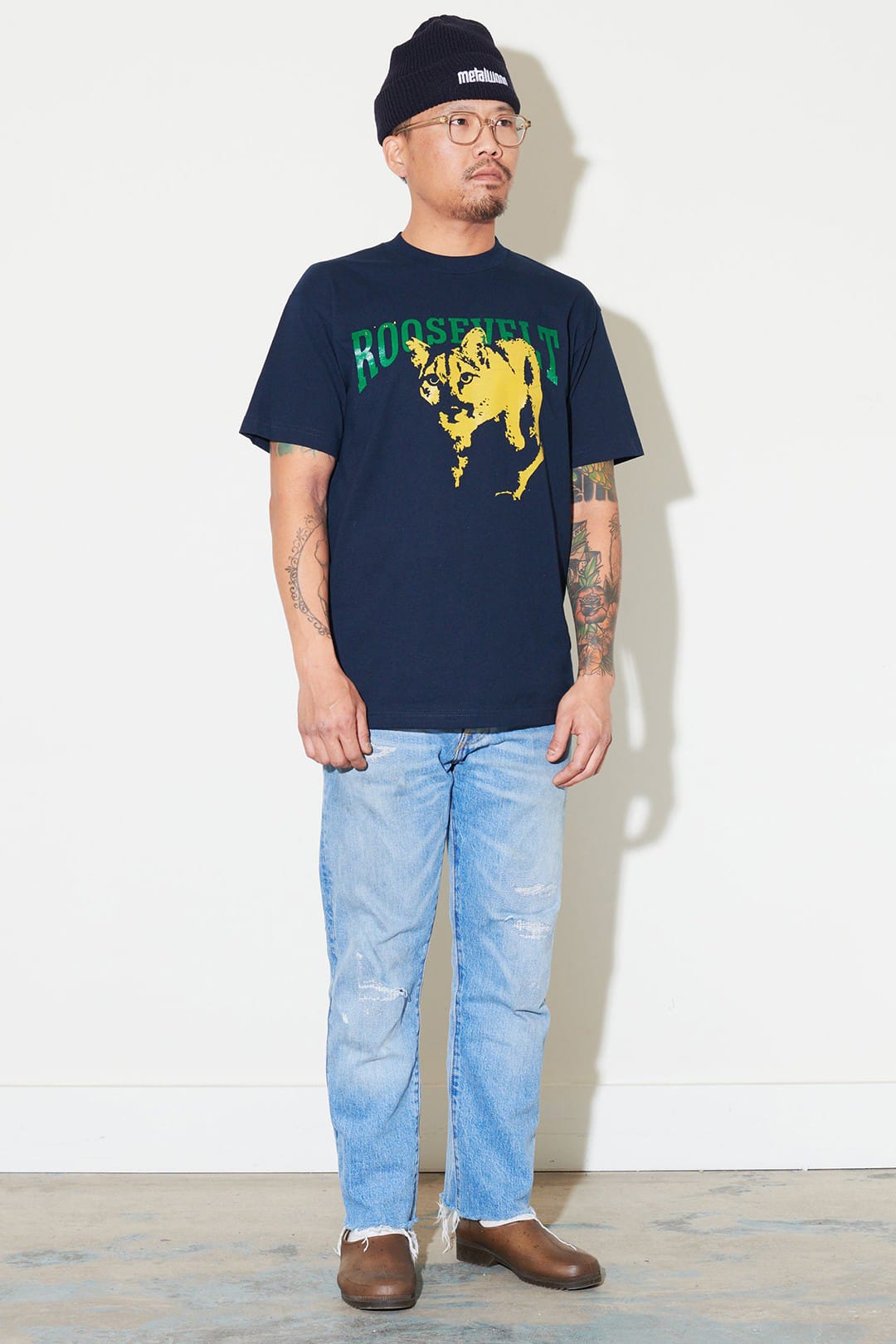 Out of all the new, exciting golf brands, Metalwood Studio is the hardest to pin down. It’s one part lifestyle brand, one part club repair shop, one part online community. The label has roots in Los Angeles, where it keeps a brick and mortar shop in La Brea, and was started by Cole Young, a former college golfer with an affinity for 90s golf styles and vintage clubs.

The Metal Logo 5-Panel Hat has become a starter pack item for anyone looking to dip into golf streetwear space, and while the playful graphics tees might be turned away at the country club, they look right at home at any number of LA’s municipal courses or matted driving ranges. 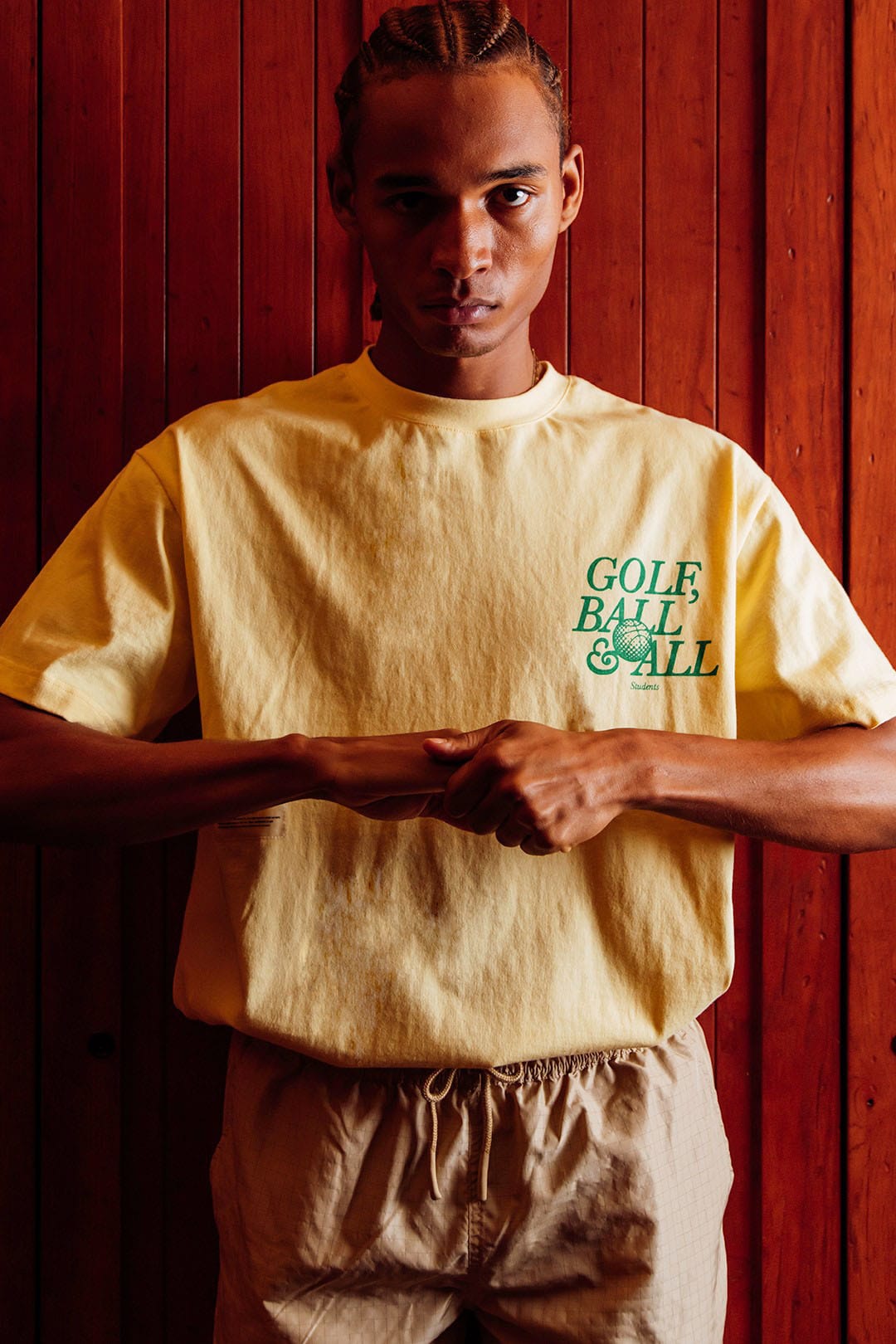 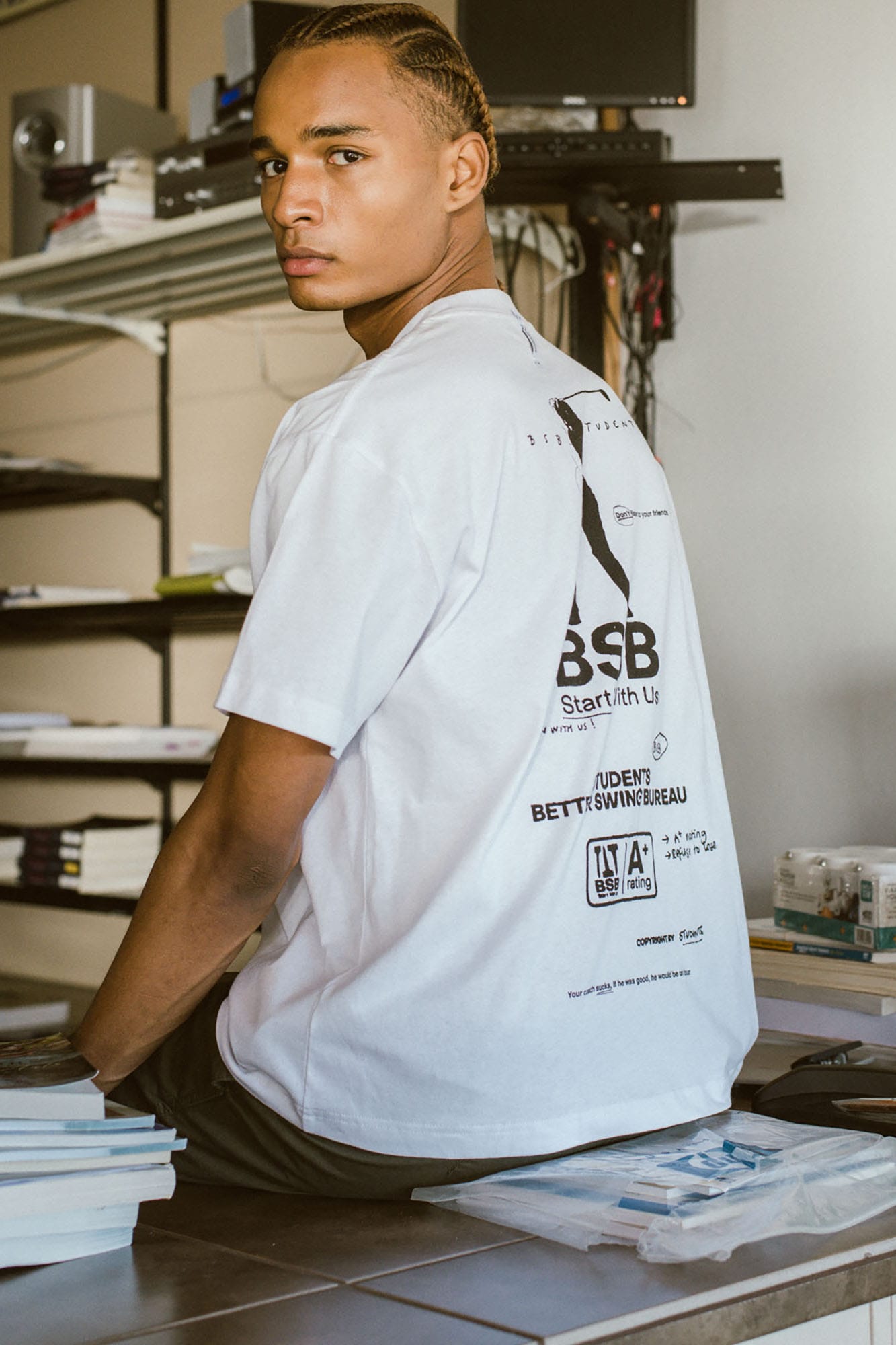 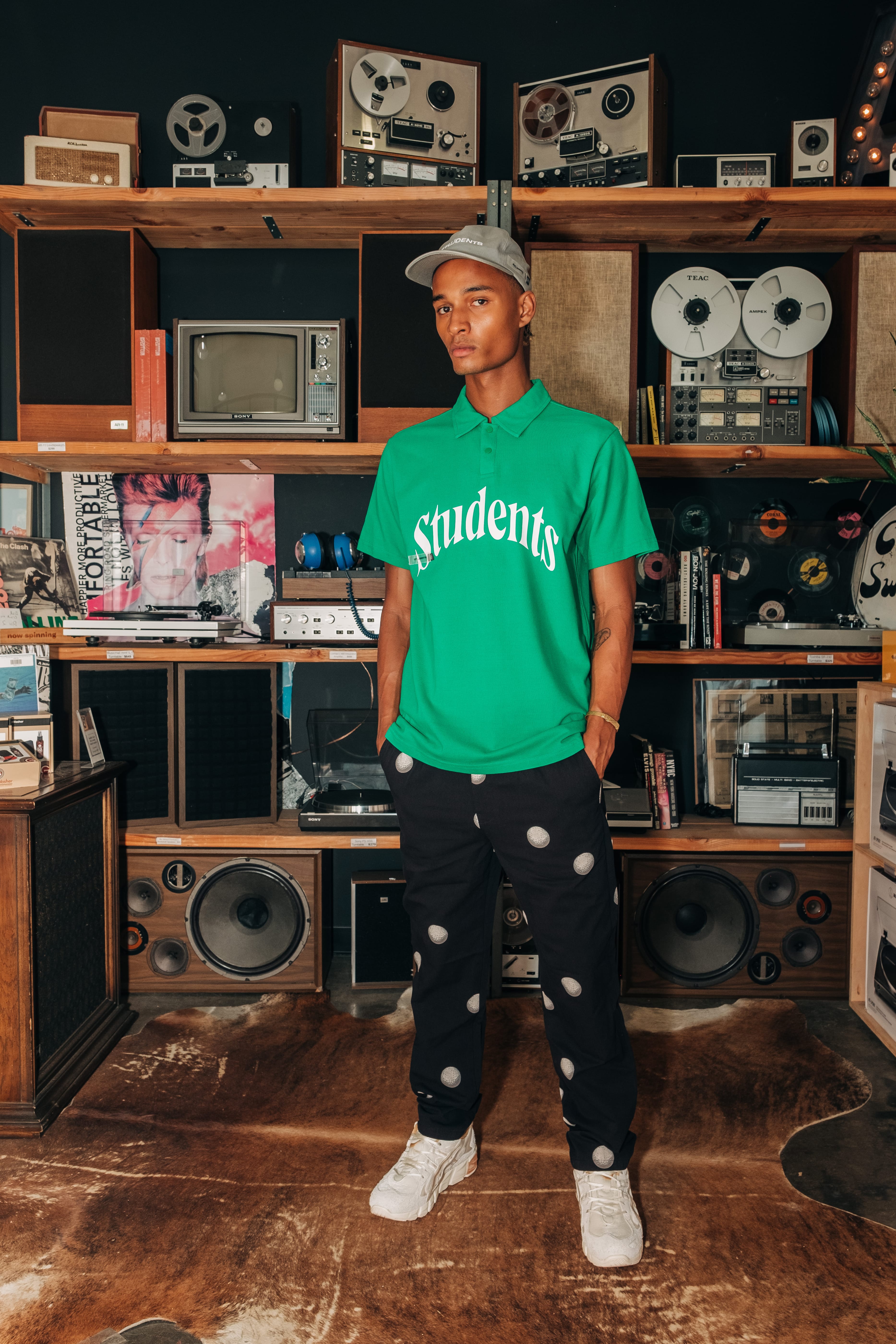 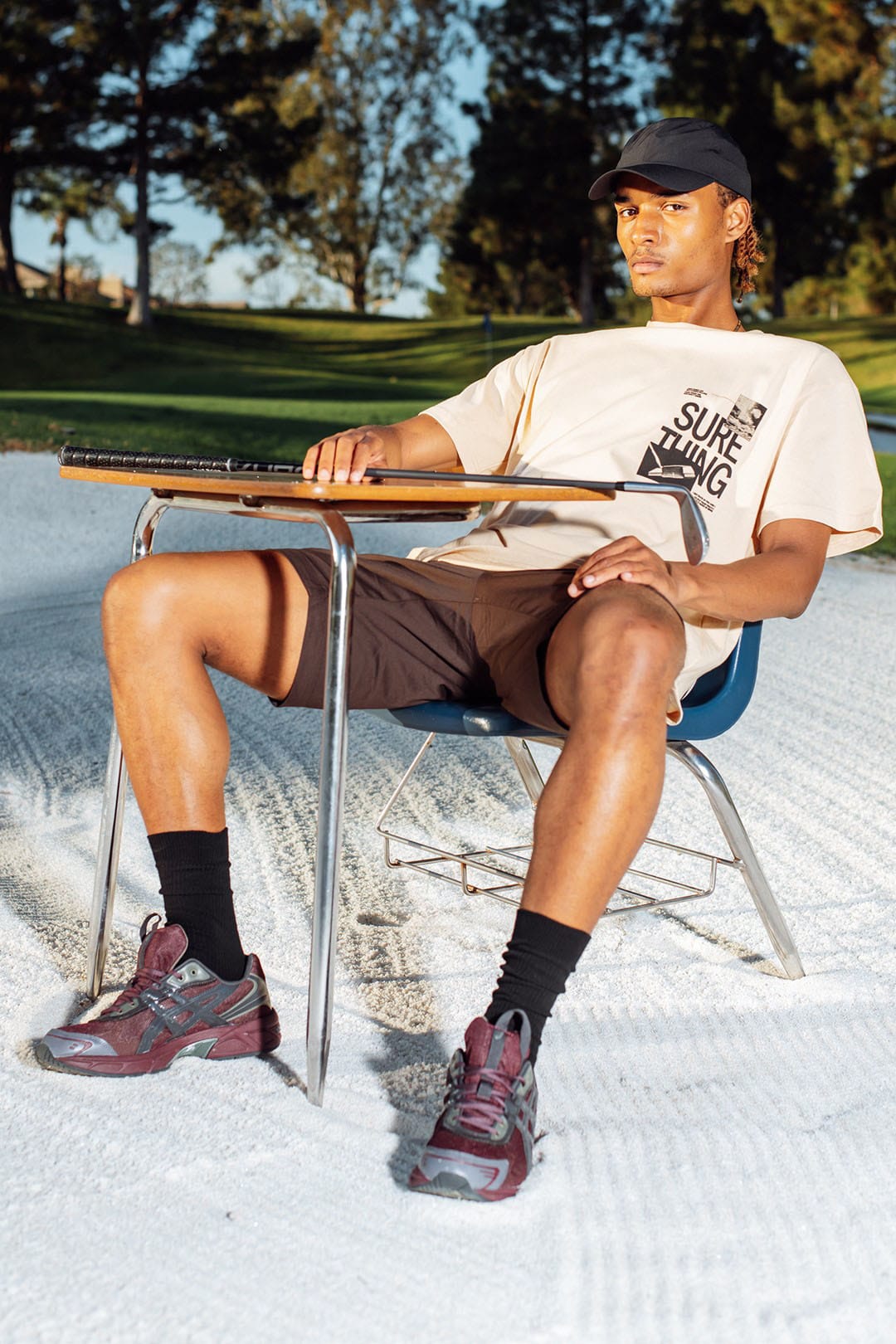 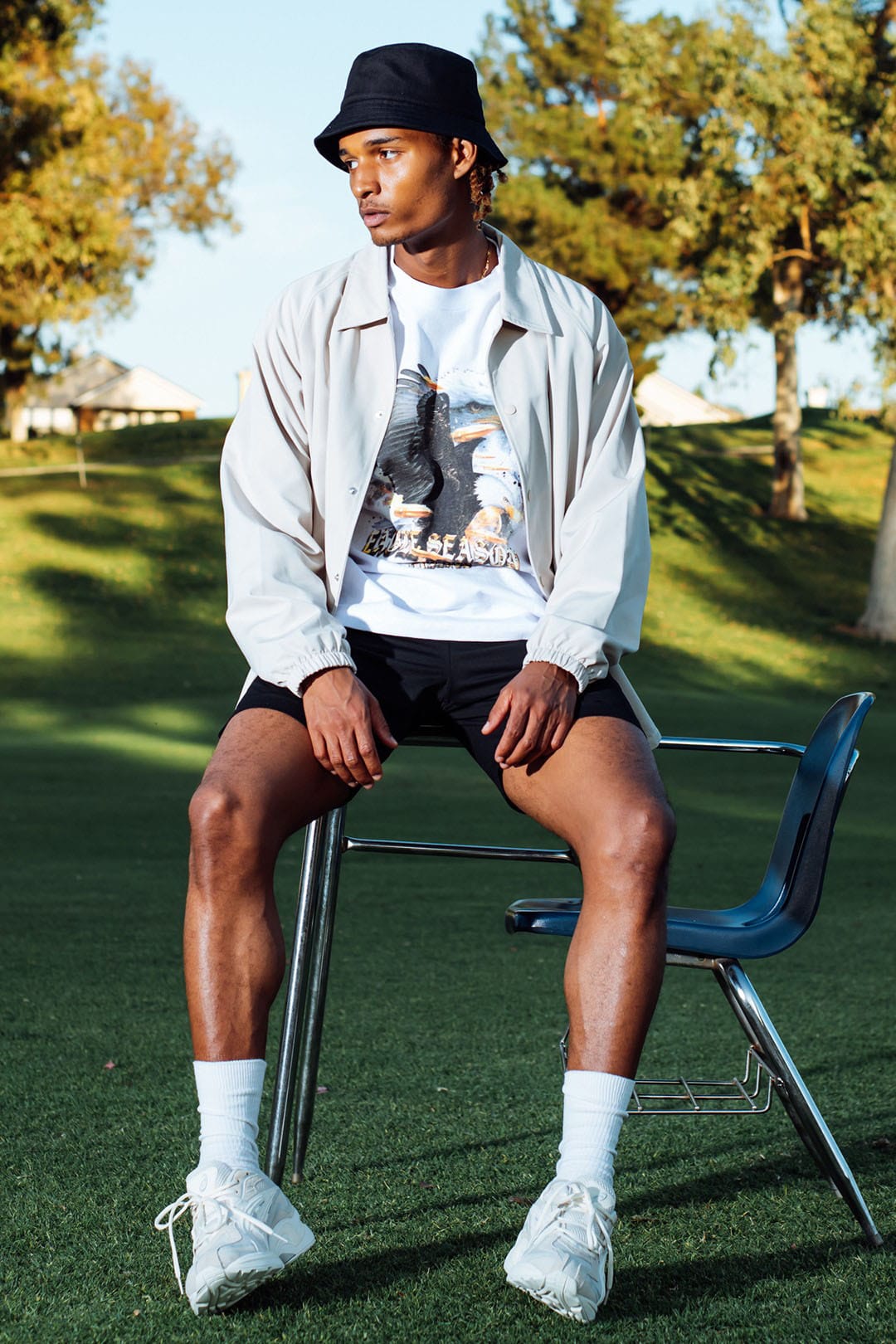 Another brand based out of LA, Students Golf is an ode to founder Michael Huynh’s unique relationship with the game. Huynh came to golf as a means to find peace in life after a period of health issues, and the sport became his new obsession. Rather than pro golfers, its ambassadors are creators and entrepreneurs in the golf space like Mark Cuevas and Patrick Marcel.

Anti-fashion in spirit, the brand references pop-culture and applies heavy doses of irony and humor into its work shirts and graphic tees, which read things like “Swing Mechanics” and “Golf May Tear Us Apart.” At its core, the brand’s identity is to shed light on the empty performance claims made by heritage brands. The Students golfers don’t actually think a polo is going fix their golf swing; they just want to look and feel good on the course.
Source: Read Full Article