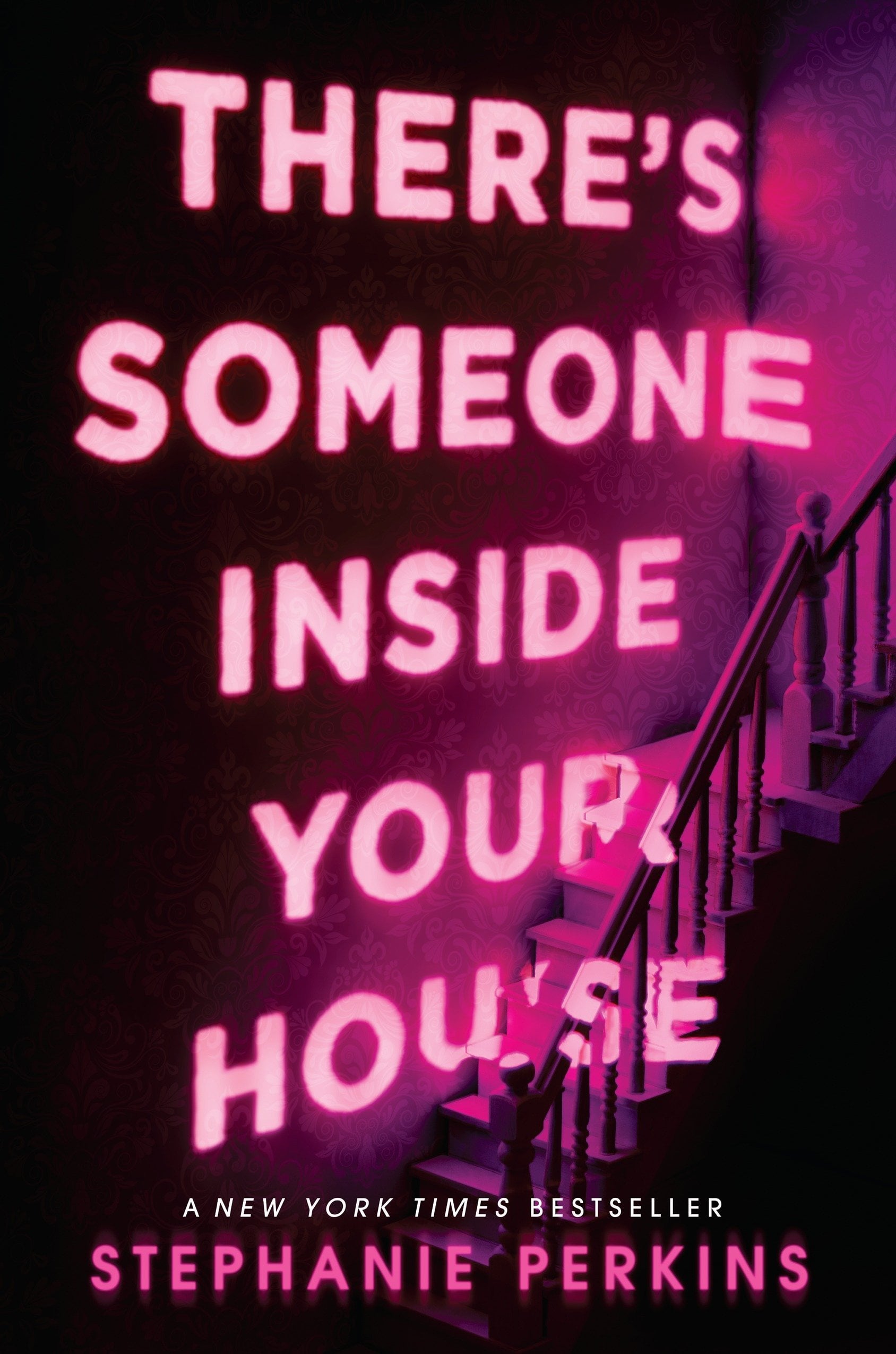 Based on Stephanie Perkins’s Scream-esque YA slasher novel of the same name, Netflix’s adaptation of There’s Someone Inside Your House is coming to the streaming platform just in time to kick off the Halloween season. And if the movie is anything like the book, then viewers are definitely in for a bloody good time.

However, we know some viewers like to be prepared for the scares. If you’re curious about what goes down in the creepy thriller novel, but you don’t have time to read it before the film premieres, then consider this your cheat sheet for all of the major There’s Someone Inside Your House book spoilers you need to know.

Before we dive in, it should be noted that the Netflix version may make some major changes to the plot. As a result, the book spoilers may not match up perfectly with what happens on screen. One thing is certain, though: Hawaii transplant Makani Young (Sydney Park) is still the hero of the story, and she’s got a whole lot of drama ahead of her as she tries to untangle the identity of the killer stalking the halls of her high school. Read on to find out what happens to Makani and her classmates in the book, as well as who ends up being the killer in the end.

Why Was Makani Sent to Live With Her Grandmother?

At the beginning of the book, Makani has been living with her grandmother in Osborne, NE, for nearly a year after a mysterious incident forced her to relocate from Hawaii. For the most part, Makani mostly keeps to herself and avoids the spotlight, but she makes two friends: Alex and Darby. Additionally, she spends the summer before senior year hooking up with the school outcast, Ollie, much to the dismay of her pals.

Just as the school is preparing for a production of Sweeney Todd and the town’s big fall festival, the star of the play, Haley Whitehall, is brutally murdered. Her death shines an unwelcome spotlight on Osborne High that only intensifies when star football player Matt Butler is ritualistically murdered as well. The media attention leaves Makani worried that someone will discover the truth about why she moved from Hawaii. Aa she and her friends begin to theorize the killer is targeting bullies, she can’t help but think she’ll be one of the next people on their list.

At first, Makani resists telling her friends and Ollie about the event that led her to move in with her grandmother. But when the killer breaks into her house and attacks her and her grandmother, she finally confesses her secret. During her junior year, she was involved in a swim team hazing ritual that went terribly wrong. Two new recruits — her and her best friend, Jasmine — were forced to do dry-land calisthenics while the other girls hurled rotten eggs and dog food at them. Additionally, the older girls wrote obscenities on the foreheads of the new recruits and made them drink excessive amounts of vodka.

Makani was unprepared for the evening due to her uncaring mother not telling her the team would be picking her up in the middle of the night, and when she found out Jasmine hadn’t warned her either, her anger eventually bubbled over. After the older girls poured hot sauce into their eyes, Makani reached for a water bottle, but Jasmine snatched it away. In her anger, she grabbed the knife used to open the cans of dog food and lopped off her friend’s long hair.

Jasmine panicked and ran for the water, but since she was drunk, she nearly drowned. When the police arrived, Makani was in a state of shock, still holding the ponytail. She was booked on third degree assault charges, which were eventually dismissed, but the damage was done. After that night, she was endlessly harassed online, her parents filed for divorce, and she was forced to change her last name and move to Nebraska to finish high school under a cloak of anonymity.

After she finishes telling her story, Darby, Alex, and Ollie are all supportive, and assure her that one mistake doesn’t define who she is. But Makani remains skeptical, choosing to believe that her actions toward Jasmine were unforgivable, despite the circumstances.

Who Is the Killer?

In addition to Matt and Haley, the killer claims the lives of a tech whiz, Rodrigo; a school band member, Caleb; and one of Osborne’s best students, Katie. Each of the murders is ritualized, with the killer removing Caleb’s hands, cutting out Katie’s heart, and carving a smiley face into Haley’s slit throat. It soon becomes clear Makani’s theory about the killer targeting bullies is completely off base. Instead, they seem to be taking aim at the school’s most talented students.

Early on, Darby and Alex are convinced that Ollie is the killer, and much of the school agrees due to the fact that he became a loner after the death of his parents. However, his innocence is unequivocally proven when he tackles the killer in Makani’s house. During the encounter, he discovers the person terrorizing the town is a student named David, who was Rodrigo’s best friend. Throughout the book, David lurks at the edge of conversations and is constantly overlooked by his peers.

It turns out David carefully plotted his attacks, and even gaslighted the victims for weeks by entering their homes, rearranging items, and taking some of their belongings before he killed them. Makani doesn’t understand why she would be a target since no one at her new school knew she was a swimmer, but David eventually reveals he went after people who were sure to leave the small town of Osborne behind. He knew he would be a townie for the rest of his life unless he did something drastic, so he ensured anyone who might leave after high school wouldn’t have a chance. Ultimately, his goal was to carry out the murders and then turn himself in so he could leave town, even if it meant he spent the rest of his life in prison.

How Does The Book End?

After David’s identity is revealed in the wake of his foiled attempt on Makani’s life, the entire town comes together to search for him. However, he cleverly eludes the police by staying in town where he can continue to murder his planned victims rather than fleeing as they expected he would. After Makani is attacked, she, Darby, Alex, and Ollie realize David is targeting gifted students, and they deduce the next person on his list is likely rodeo champion Rosemarie, who lives near the edge of town where the fall festival is taking place.

Ollie drives the four of them out to Rosemarie’s house just in time to stop David from murdering her, but in the process, Alex is killed. David takes advantage of their shock to flee the scene and head for the corn maze at the festival. Before Makani can stop him, Ollie follows the killer, and by the time she catches up with them, he has been stabbed. When Darby tries to stop David from escaping, he’s injured as well, leaving Makani to confront him on her own.

Makani jumps into the corn pit, where she puts her swimming skills to good use by putting distance between her and David. Darby, who is alive after all, appears and knocks David into the pit as well. Makani takes the opportunity to take the killer’s knife from him, and although he doesn’t think she has it in her to kill someone, she plunges it into his back, denying him the chance to ever leave Osborne.

In the end, Makani discovers that Ollie isn’t dead, only injured, and they’re reunited, giving the book a hopeful, if not exactly happy ending. If the Netflix adaptation stays even a little bit faithful to Perkins’s story, viewers shouldn’t get too attached to any of the characters. Because even though Makani, Ollie, and Darby all make it out alive, this is definitely a slasher story with a high body count and plenty of gruesome murders.