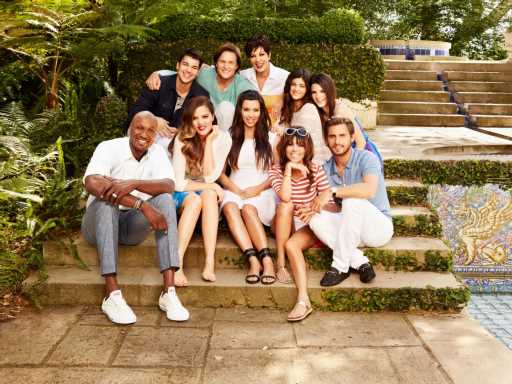 Kim Kardashian just made us nostalgic about the last 14 years of Keeping Up With the Kardashians — the end is finally here and the trailer just dropped. The groundbreaking E! series made superstars and mega-millionaires of the family as they shared every joy and many tragedies with their fans.

The Skims founder dropped the final trailer on her social media accounts and it involves a lot of tears. “I wouldn’t leave you without some seriously ugly cry faces on our final 20th season of Keeping Up With The Kardashian’s premiering March 18th on E!,” she captioned the video.

The trailer kicks off with a voice-over of Khloé Kardashian saying, “Filming has been one of the best experiences of my life.” Kim then jumps in with, “We didn’t think anyone would be in to watching a show about our crazy family.” It then gets really emotional as matriarch Kris Jenner sobs while telling their reality show camera crew the bad news. “We just wanted to tell you in person that we won’t be going forward with filming the show anymore.”

Vintage footage is interspersed with teasers of the story that is coming our way in the 20th season from witnessing Khloé’s first pregnancy to discussing possibly having a second baby with on-again, off-again boyfriend Tristan Thompson. There’s another round of Kourtney Kardashian possibly reconciling with baby daddy, Scott Disick — even though we know she’s dating Blink-182 drummer Travis Barker.

The one glaring omission is the failure to mention Kim’s estranged husband Kanye West — they are going to keep fans waiting to hear how they will handle their separation and possible divorce. What we do know is that the family are masters at delivering the drama, and we know mom-ager Kris always has a trick up her sleeve.

Her next major deal is moving the family over to Hulu, where they recently signed a global deal to keep producing content for viewers to enjoy. Their debut with the new show won’t happen until late 2021, but we can expect all of the key family members to participate — Kris, Kim, Kourtney, Khloé, Robert Kardashian, Kylie Jenner and Kendall Jenner. As mama Kris knows, there is no end to the family’s revenue stream because she wants to keep building the Kardashian empire for generations to come.

Before you go, click here to see more celebrities with huge families.