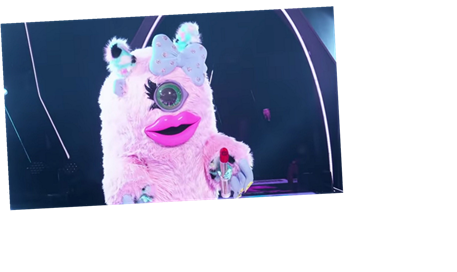 The pink one-eyed creature was eliminated from Group A of “The Masked Singer” Wednesday, allowing White Tiger, Turtle and Kangaroo to advance to the Super Nine on the Fox singing competition series.

The departing celebrity behind the mask proved to be a giant in her field, along with her famous hair. Her clues package included a white sock, pizza and a nod to her hairstylist.

But Miss Monster missed the cut. Before the reveal, panelists Robin Thicke and Nicole Scherzinger correctly guessed her identity.

Ten-time Grammy winner Chaka Khan of “I’m Every Woman” and “Ain’t Nobody” fame.

The Queen of Funk later told Billboard that “Masked” was her weirdest gig.

“I’ll never do anything like that again,” she said.