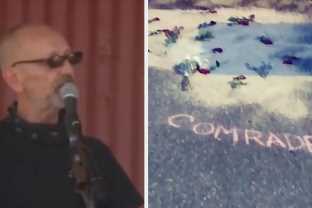 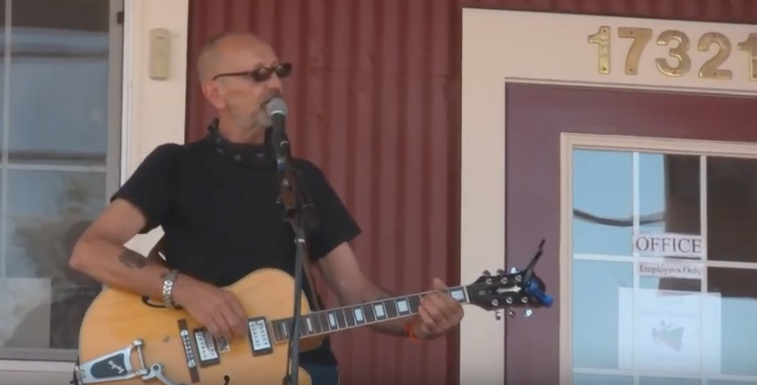 The man killed in a shootout with Washington state police Saturday while tossing lit objects at vehicles and buildings outside an immigrant detention center self-identified as an anti-fascist, or “Antifa,” who was motivated by the recent immigration raids and deportations launched by the federal government.

Willem Van Spronsen, a musician and carpenter from Vashon Island, near Seattle, showed up outside a privately-owned detention center for Immigration and Customs Enforcement around 4 a.m. Saturday, hours after an organized protest at the facility, armed with a rifle. He began throwing “incendiary devices” at vehicles, lighting one car on fire, and attempting to burn buildings, and a propane tank, according to Tacoma Police.

Last year, Van Spronsen was one of 10 people arrested at a protest outside the detention center, the New Tribune reported. According to the newspaper, Van Spronsen was accused of jumping on a police officer as the officer was attempting to detain a 17-year-old; Van Spronsen later pleaded guilty to obstructing police.

That 17-year-old, who is now 18 and a lead organizer with Seattle Antifascist Action, told BuzzFeed News that Van Spronsen was active in a number of far-left communities in Seattle, but “no one saw this coming from him” because he was “soft powered.”

The teen asked that his full name not be used for privacy reasons.

Before attacking the facility, Van Spronsen sent a letter to friends that he titled a “written manifesto,” which detailed his motivation to “take action against the forces of evil,” specifically fascism and “concentration camps.”

One woman, Deb Bartley, who has known Van Spronsen for 20 years, told the Seattle Times that she believed the act “was a suicide.”

The three-page declaration outlined his “unshakable abhorrence of injustice,” which, he wrote, “is what brings me here.”

Van Spronsen described growing up in a post-war Holland and France, promising to never be one who “stands by as neighbors are torn from their homes and imprisoned for somehow being perceived as lesser.”

“I am antifa,” he wrote, though later adding that he was not affiliated with any organization. Van Spronsen described the “semi automatic weapon” he used in the attack as a “cheap, home built, unregistered ‘ghost’ ar15” with six magazines.

Van Spronsen was active in several radical left and “softer left” movements in the Seattle area, said the Antifa organizer. Van Spronsen was a member of the Puget Sound John Brown Gun Club, which describes itself as a community-led defense group, and Occupy Portage, a faction of the Occupy Movement. In a 2012 blog, the activist discussed how the group could successfully take over the island off Seattle.

“That group meant a lot to him, that was his thing,” the teen said. “He was there last year protesting the detention center as part of that group.”

After hearing of the Trump administration’s threat of mass raids and deportations, Van Spronsen decided to target a fleet of buses that transport immigrants.

“The vehicles outside the detention facility are used to forcibly remove people from their homes and deport them, often to situations where they will face severe danger or death. Those vehicles being destroyed is only a start of what is needed,” The Puget Sound Anarchists said in a post, calling Van Spronsen “a long-time anarchist, anti-fascist and a kind, loving person.”

Although he often “had guns on him,“ the Antifa organizer said that Van Spronsen was not a violent person, but someone who “wanted to spark effective mass action.”

“I think it was a combination of his age, and the weekend he did it was when all those raids were going to take place and there’s a correlation there,” the 18-year-old said. “I think this is something that he had thought about for a long time and he finally decided, well, if there ever was a time, it’s now. He did what he did because he saw violence. His goal was not to hurt anyone in that facility.”

In a Facebook post, Seattle Antifascist Action called the activist “a good friend” who “gave his life to the struggle against fascism.”

Brianna Sacks is a reporter for BuzzFeed News and is based in Los Angeles.