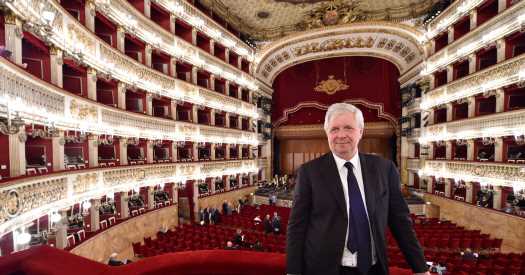 After a turbulent term, he left his Parisian post in March, nine months early, frustrated by widespread social unrest in France, strikes over an unpopular national pension reform plan and unproductive talks with the theater’s powerful unions. The pandemic was the proverbial last straw.

Now the German impresario Alexander Neef has taken over in Paris, and Mr. Lissner is back in Italy, leading the Teatro di San Carlo, opened in 1737 and the country’s oldest opera house — and one of its most beautiful.

The pandemic, of course, upended the season in Naples, too, though this summer Mr. Lissner managed to stage “Tosca” and “Aida” in concert, as well as Beethoven’s “Ninth Symphony” in the majestic Piazza del Plebiscito, next to the theater.

In an interview in his airy office at the theater, Mr. Lissner said his 10 years at La Scala had been “the most interesting of my life.” But after only a few months, he added, Naples felt like home.

He said he was particularly impressed by the strong attachment the city’s residents felt to their opera house: 80 percent of the San Carlo’s season ticket holders had renewed their subscriptions for the 2020-21 season, even though it sometimes looked like it would never take place.

After two aborted attempts, that season is set to finally open with Mascagni’s “Cavalleria Rusticana,” starring Elina Garanca and Jonas Kaufmann. The performance, recorded on Monday in an empty house because of coronavirus restrictions, will be broadcast over Facebook until Monday for about one euro. (It will then be available for a week through the theater’s website.)

The partnership with that social media giant is part of Mr. Lissner’s vision for his tenure here: He wants to create a “social and digital theater,” broadening the San Carlo’s appeal to a potentially limitless audience.

In the interview, he discussed his online ambitions, whether vaccination for operagoers should be mandatory and what went wrong in Paris. Here are edited excerpts from the conversation. 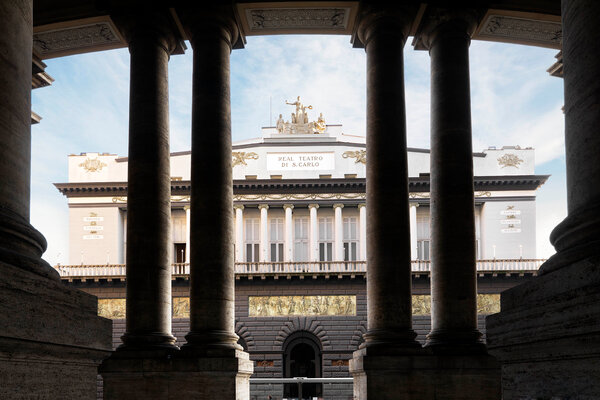 Do you think that the pandemic will have a long-term impact on the Teatro di San Carlo?

The future will be very different, and I am convinced that it will no longer be possible for a theater to be passive, waiting for the public, even with a great program. So in the future I see two aspects that are not contradictory but actually complementary: Live performances, as the mission of a public theater; and, alongside this, there’s the digital part.

Starting in March or April we will have our own production studio inside the theater. We will create our own productions, but also be open to artists, philosophers, authors, architects and photographers, giving them the possibility to create content about Naples, the San Carlo, history, music, the city.

We want to reach and dialogue with people who don’t normally come to the theater, who don’t live in Naples. This is the future. The world is changing.

But this will never replace live performances. They will continue, as they have since the time of Greek theater.

You left Paris before you were supposed to, and began working full time in Naples as soon as the pandemic restrictions allowed travel. Did that impact your first months here?

Everyone tells me, “Lissner, you can take some risks” — this city has shown it is open to today’s artists. For my first season, I have invited the directors Damián Szifron, Dmitri Tcherniakov and Barrie Kosky.

I think we will start performing in front of a live audience again in May, June or July. Perhaps the entire theater won’t be filled. What scares me is that I read that 60 percent of French people don’t want to be vaccinated.

Many Italians are skeptical of the vaccine, too.

If that is true, then it will be very complicated. Will people who haven’t been vaccinated be able to enter the theater? To reassure people, one would have to say no. Otherwise people won’t come. It’s a problem.

Why did you leave Paris early?

Starting with the Yellow Vest protests, the theater was destroyed. Socially, it was chaos; I couldn’t work. Then the pension reform and a three-month strike, and then Covid arrived. So in the last period, I wasn’t able to work. The situation was really too difficult.

And then there was the political turnover and, let’s say, we had differing ideas. So it was better that I left early. My ideas for the theater are what they are. But the director is chosen by the President of the Republic, and often, when another arrives. …

It worked out for the best, because my successor could come immediately and do things he wanted to. We’re in a moment of great difficulty. It’s a moment in which decisions have to be made, and these are taken with political counterparts, so you have to get along.

And then the San Carlo proposal came along, which I liked very much. Perhaps without Covid, without all these questions, things would have been different, and I would have remained to the end of my contract.

Why did things get so bad with the unions?

The union at the Paris Opera has never signed an accord, even positive accords. It didn’t even sign the accord on parity between men and women. It never signs anything.

This union has really harmed the Paris Opera. It cares less and less about defending the workers. It has become more political, ideological. And if the union is only ideological, then the boss is always bad, and the union is always good. But it’s not like this.

If you take an ideological, contrarian position on everything, against management, the theater doesn’t move forward.

Do you have any advice for Alexander Neef, your successor?