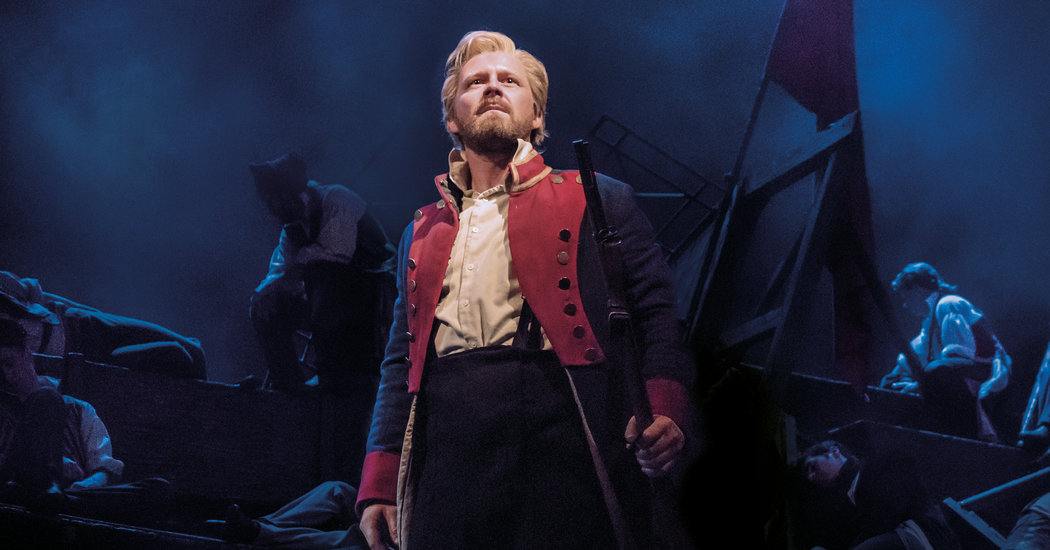 LONDON — For the past six months, a drama has been playing out in London’s West End with all the heightened emotions of a musical.

In January, Cameron Mackintosh, the theater producer, announced that “Les Misérables,” which has been running in the West End since December 1985 — and holds the Guinness World Record for the longest run of a musical in London — would close. The final performance will be July 13, and then the Queen’s Theater, its venue, will be shuttered for refurbishment.

The musical, set in revolutionary France, would reopen in December after a series of concert performances, Mr. Mackintosh added. But it would no longer be the well-loved original production featuring a revolving stage that spins as the actors sing, giving endless movement to the production and transporting viewers from the French countryside to the sewers of Paris in an instant.

Instead, the Queen’s Theater will now show the same stripped-down version that has toured worldwide since 2009. Directed by Laurence Connor and James Powell, this drops the revolving stage and instead uses projections to make the production’s many scene changes. This new version has “nothing spinning around, except maybe the drunken revelers at the tavern,” wrote Charles Isherwood in a review for The New York Times when the show appeared on Broadway in 2014.

The announcement of the revolving stage’s demise didn’t sit well with some of the musical’s legions of fans. “The ‘new’ version does not have the power or magic that has kept audiences coming back for over 30 years,” said an online petition which called for the original to be maintained. More than 3,200 people have signed it.

“You can’t have the revolution without the revolve!” wrote one of the signatories. 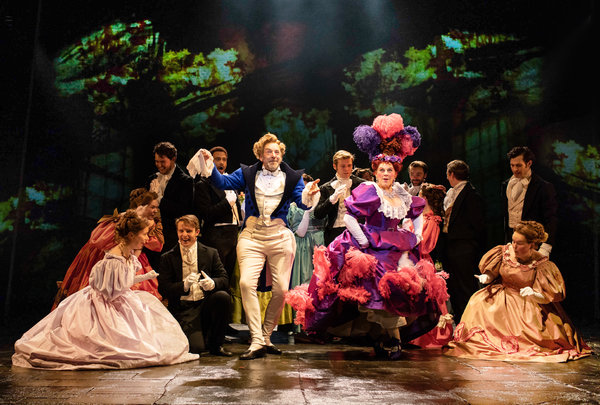 The fans weren’t the only ones annoyed by the decision. In February, Trevor Nunn, who adapted and directed the original “Les Misérables” with John Caird, was asked what he thought of the change: “‘Don’t go there,’ is all I can say,” he told The Stage, a British theater newspaper.

Mr. Nunn, who turned down an interview request for this article, was more vocal in 2010, not long after the touring production was first revealed. “The most bewildering thing — and this is not vanity or hubris — is why something inferior has been created when something superior could have been,” he told The Daily Telegraph newspaper.

John Napier, the musical’s original designer, who also designed the original sets for “Cats” and “Starlight Express,” said in a telephone interview that he was contacted about the touring production, “but only to be told I wasn’t required.” He was offered a buyout of his intellectual property, he added, but refused.

He had no problem with musicals being remade, he said. “Shakespeare is reinvented all the time, and people do amazing things with it,” he said, “but if you’re going to reinvent it, reinvent it. Really have a go at things.” The production was “a half-take,” he added. “It hasn’t let go of the original.”

Mr. Napier said he could only guess at the reasons the change was being made, financial or artistic. “I’ve never had an explanation,” he said.

Mr. Mackintosh said in an emailed statement that the decision to change the production was a “logical” one given the theater’s refurbishment. “Outside of London, this version is the only one that has played for the last 10 years,” he added.

In January, The Stage reported that negotiations were underway between Mr. Mackintosh’s company and the Royal Shakespeare Company, which co-produced the original, over how royalties from the new production should be shared.

Mr. Mackintosh’s spokesman would not provide details of the royalty splits for the original and new productions. The R.S.C. said in an emailed statement that negotiations were ongoing. “We will be sad to see the groundbreaking original production leave the West End,” the statement added.

To some, it may be surprising that the original “Les Misérables” lasted 33 days, let alone years. It debuted at the Barbican in London in 1985 to sneering reviews, many of which compared it disparagingly to Victor Hugo’s novel. The musical “stands in the same relation to the original as a singing telegram to an epic,” wrote Francis King in The Sunday Telegraph, adding it was “the reduction of a literary mountain to a dramatic molehill.”

But it proved a hit with the public. “Les Misérables” has now been seen by over 70 million people in 52 countries and 22 languages, according to its website, while the play has given the producers a return of “over 3,500 percent on their original investment.” (Cameron Mackintosh’s investment in the original London production was $450,000, with another $450,000 for the West End transfer, according to a New York Times article from the time.)

“It’s had a pretty good run, hasn’t it?” said Alun Armstrong, the British actor who played the comic role of Thénardier in the original production. “Everything changes. I don’t think it matters,” he added.

Colm Wilkinson, who played the first Jean Valjean — the musical’s hero, a petty criminal striving for redemption — said in an email that he loved the revolving stage. “Tough getting used to the motion, but well worth the effect,” he said. He had mixed memories of seeing the new production when it played New York, but said people who had no knowledge of the original could react differently.

“Les Miz was and is great show, but it also takes a very creative impresario to keep a show like Les Miz running for so long,” he added.

At a recent performance in London, audience members expressed mixed feelings about the change. Harrods Wong, a 22-year-old tourist from Hong Kong, said it was his second time seeing the production, and that he had come because he read the revolving stage was going to disappear. “I just feel it’s iconic,” he said. “It still has its value and its appeal.”

Isobel Smith, a secretary from North London, at the performance to celebrate a friend’s 60th birthday, said she thought the revolving stage added a lot of power to the production. But she could see the benefit of removing it for the actors, at least. “I suppose they won’t have to worry about falling over,” she said.

An earlier version of this article misidentified the name of a tourist watching "Les Misérables." He is Harrods Wong, not Harvard Wong.

Alex Marshall is a European culture reporter, based in London. @alexmarshall81